Earlier this week on the banks of the Columbia River in Washington, American builder Christensen launched its latest 50-metre motor yacht Jackpot. The vessel was built for a pair of experienced yachtsmen from New Jersey who will station the yacht on the American east coast and other international destinations over the next few years.

Jackpot will be Christensen’s final project to be outfitted and delivered from its Vancouver, Washington facility as the shipyard prepares to move production to a newly constructed shipbuilding complex in Tennessee, it says. Another 50-metre project, the semi-completed Hull 42, will launch next week and handed over to its owners who will then complete the yacht themselves. 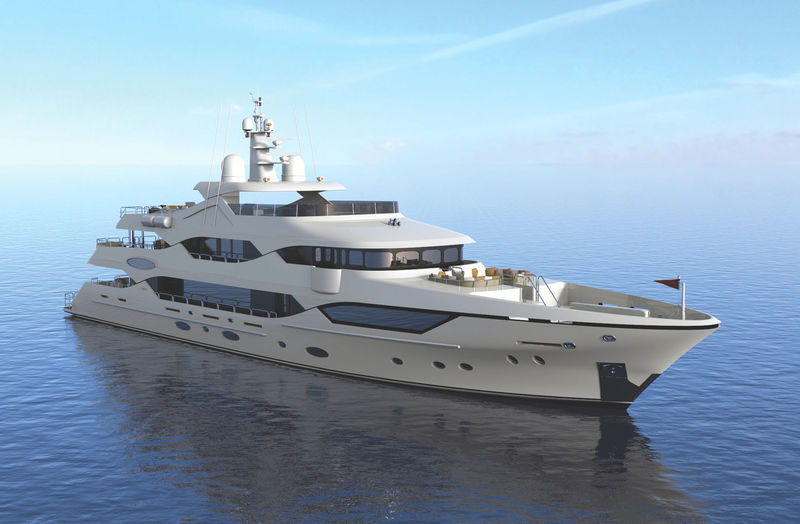 Inside, Jackpot features a standard layout that will accommodate 12 guests in an on-deck master suite and a full-beam VIP and four guest cabins on the lower deck. The project comes with a few enhancements to the design of the series, including a new engineer’s cabin in the aft lazarette as well as a newly-developed bridge system. The interior continues Christensen’s classic style with the extensive use of walnut panelling and marble stonework.

Photo: ChristensenChristensen’s plans to move its production to Tennessee was already in motion back in 2008 and had to be cut short due to the subsequent effects of the global economic crisis had on the region and the entire US yacht building industry in general. Now back on track, the Tennessee facility will open its doors this summer as one of the largest superyacht construction yards in the world with a capacity to build projects up to 70 metres in length in 13 individual climate controlled sheds.

The new 55-acre facility will also give Christensen direct access to the Gulf of Mexico through a series of inland locks and dams, cutting the arduous journey from the US West coast to reach areas such as Newport and Florida where many of its clients’ boats are based. “Due to the size of the new yard, the company will be capable of building in a wider array of construction materials, including steel,” the shipyard added. 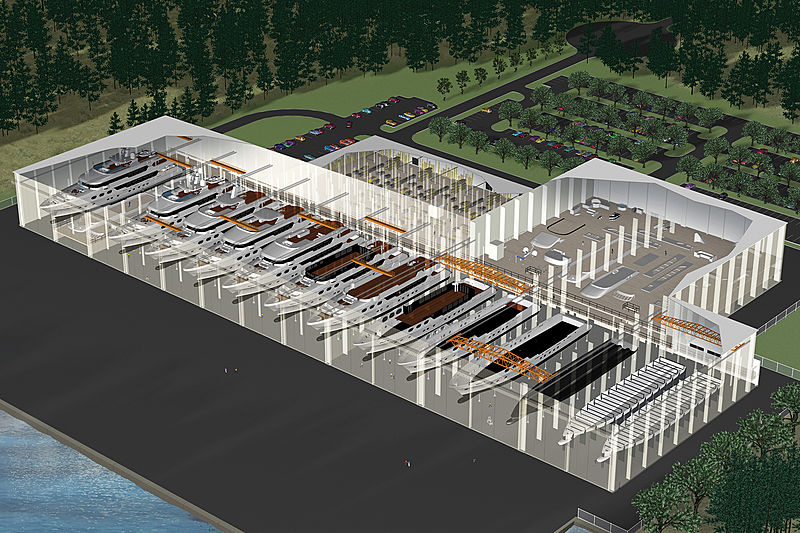 “This is a huge step for us, but also for American yacht building, which has been in steady decline for the last two decades,” says Christensen Chairman, Henry Luken. “In our new range we can now compete with any builder in the world in both price and quality, and unlike our existing facility, we can offer yachts virtually unrestricted in beam.”

According to a recent announcement, Christensen is already in the process of negotiating with several clients on construction projects in its new 55-65 metre range of high volume yachts as a result of its imminent relocation. Amongst them is the owner of motor yacht Chasseur, who has expressed interest in purchasing an LY3-compliant 50-metre project to be built at the new shipyard.