This week marked a special milestone in the life of the 1930s motor yacht Alicia after completing a three-year restoration project at SMS in Southampton. The vessel arrived in March 2015 under the name RS Eden and spent the next 40 months being rebuilt from the keel up. The 50-metre vessel was relaunched this week under her new name and is expected to reach Mediterranean water next month to attend the 20th Les Voiles de Saint Tropez. 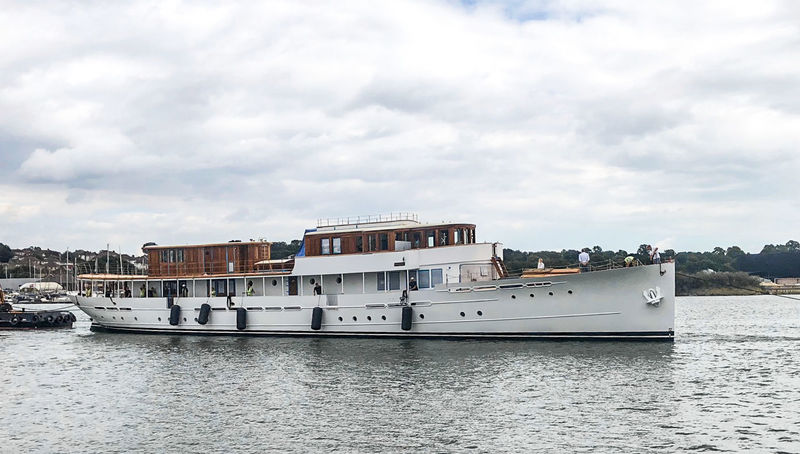 Alicia today sits on an almost entirely new steel hull along with a completely new aluminium superstructure that was built by SMS’ sister company, Wight Shipyard. In addition, Alicia received a complete rebuild of her onboard systems, many of which have been replaced by some of the latest technology available, as MD of SMS, Chris Norman comments. “We’ve managed to install an equipment package suited to a 1000 tonne vessel into a 400 tonne one. A tremendous amount of thought has gone into the machinery space, pipe verticals (due to limited headroom) and the ship’s tank configuration.” 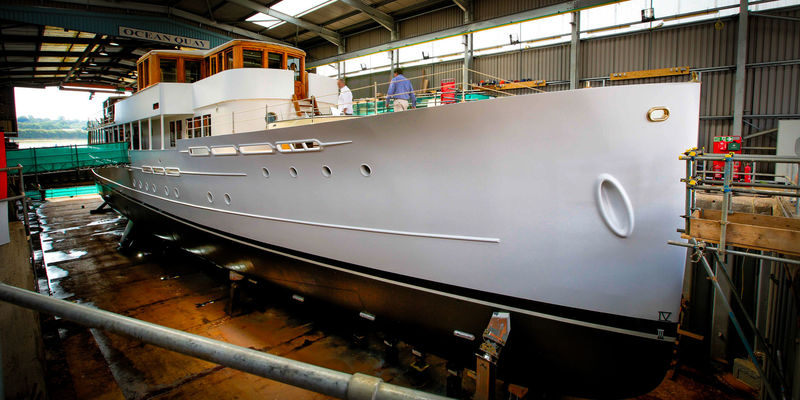 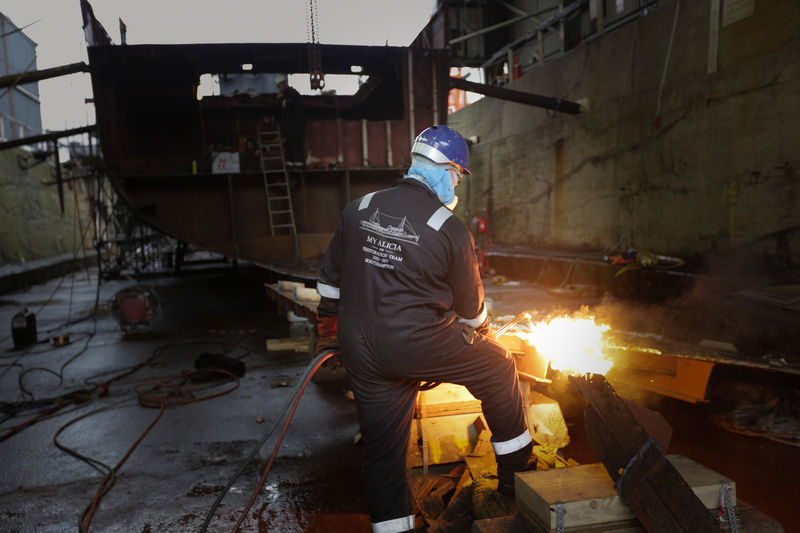 Talking about the inspiration behind the project, Norman explains it all came from the owner’s vision to restore the vessel to her original launch day state. “The Owners aspirations stem from the vessels true form as MY Janidore; his attention to detail and passion have helped not only lead an inspired team but also restore a truly unique and genuinely wonderful Classic to her former glory.” 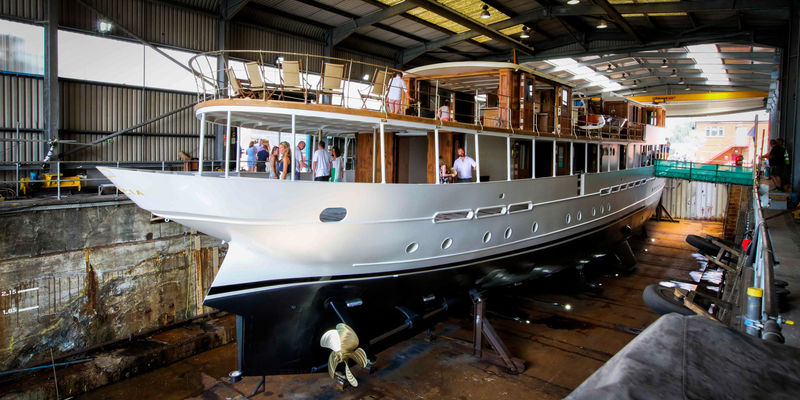 Peter Morton, the CEO of The SMS Group commented: “Today’s launch is a major positive milestone in another huge refit project for the SMS Group, all our colleagues and our suppliers. As a company we are genuinely thrilled to have had the inspiration and support of another truly exceptional British businessman; and whilst the project has been challenging the end result is simply outstanding. Alicia is unquestionably beautiful.” 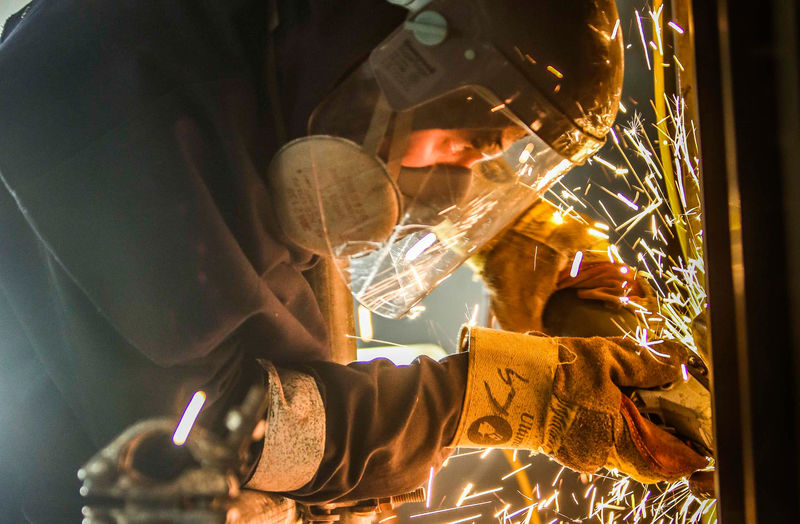 For her owner, it seems the rebuilding process was just as enjoyable: “Refitting Alicia in the UK was the right call and it has been an absolute delight; the end result will be something that we can all be very proud of - she’s fantastic, she’s British - and she’s truly unique. She will be a big part of our family for many years to come."

Built in 1930 by Defoe Shipbuilding Co. with a steel hull and superstructure, the vessel’s original naval architecture is by John H. Wells, while Rainsford Mann Design planned the very first interiors on board. Her exterior design was completed by the two companies in partnership.