Southampton Yacht Services in the U.K. has announced that the 41.15 metre superyacht Cambria has been launched, the process of which can be seen in the following time lapse video. Built in 1928 by William Fife & Sons, the classic superyacht has been undergoing her refit for the majority of the year. Work included the reparation and replacement of almost 200 of her planks, along with substantial work to her stem. The yard reports that around 70% of the planks were painstakingly repaired in order to maintain as much of the original yacht as possible. 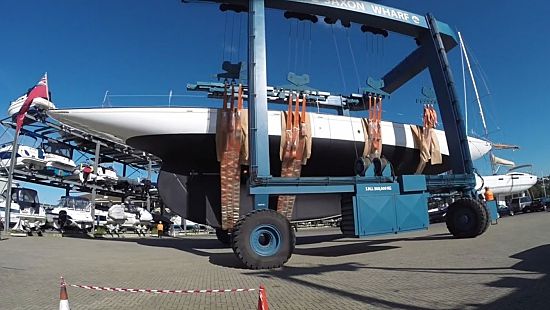 Detailing further work on Cambria, the yard state: “Such extensive work on the hull and stem have also allowed the team to inspect the majority of the keel bolts (all original to the yacht) and perform non-destructive testing to check their integrity. In addition, by removing the bilge area, all the tanks were inspected and hydraulics updated, no mean feat on a wooden boat, originally built in 1928. After careful preparation with a thin sheathing applied, she then had a new paint job that will see this refit last for decades to come.”