The Jongert schooner Gloria was hauled out in July during the Pendennis Cup to commence her three month refit period in Falmouth. As one of the first vessels to visit the Palma refit facility for minor works in 2011, Pendennis was delighted to welcome Gloria to their main facility in the UK. 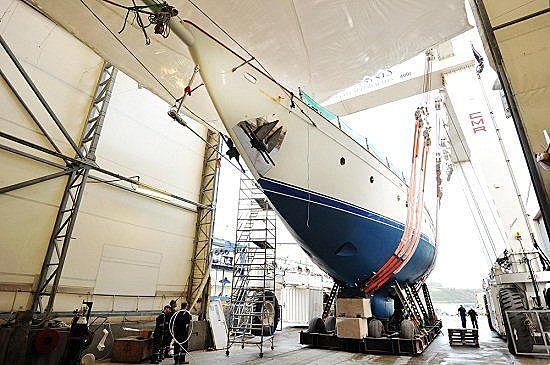 In a relatively short period some substantial work has been undertaken. Before the yacht was hauled her masts were removed so that major work could commence on Gloria’s rigging with the assistance of Tim Haynes Ltd: her rig was completely stripped of fittings, NDT’d, painted and new standing rigging installed . A complete new teak deck was also fitted which included replacing some areas of teak cladding on the superstructure. All deck hardware has been stripped and serviced with some replacements made, leaving Gloria as good as new from the deck up. 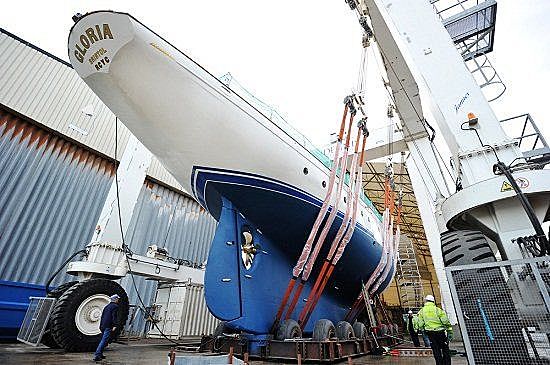 Alongside these exterior upgrades, engineering works were carried out as well as an overhaul of the yacht’s drive train, air conditioning & refrigeration plants service, and fitting keel access hatches for the fuel tank. The final task was a new application of antifoul before the yacht was re-launched early October. Gloria is currently based in Port Pendennis Marina for the final completion of minor work ahead of her journey down to the Mediterranean. 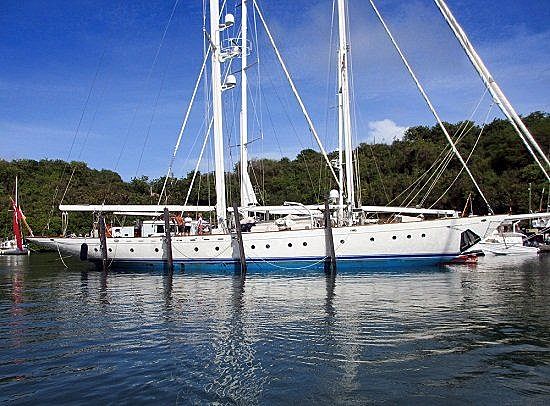 James Box, Captain of Gloria, explained the choice of Pendennis for the refit: “The Owner of Gloria was keen to support British industry and as such booked the refit slot with Pendennis. The end result has shown that the quality of workmanship and level of professionalism have been second to none and proved the yard’s world-class standards in superyacht refit”.