Freedom Marine has sold the 122’ classic motor yacht Atlantide belonging to Tom Perkins. Freedom Marine’s David Campbell acted for both the buyer and seller. Campbell first worked with Perkins in the spring of 2011 when he found Perkins the 125’ Expedition Yacht Dr. No. She was purchased to carry his personal submarine. 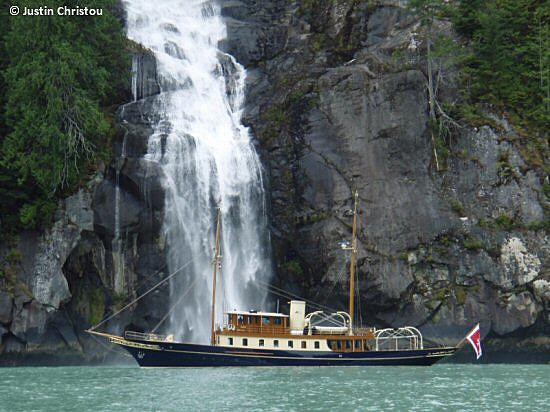 As an avid yachtsman Perkins has travelled the world with his fleet of super yachts including the 2 x Perini Navi S/Y Andromeda la Dea, the 1915 classic 137’ Herreshoff racing schooner Mariette and his former 289’ Maltese Falcon; which is perhaps the greatest sailboat ever built.

Atlantide was launched in 1930 by Philip and Sons in Dartmouth, UK, this classic 122’ Motor Yacht was originally designed by the gifted English Naval Architect Alfred Mylne (the designer of the original Royal Yacht Britannia) for Sir William Burton. Originally christened as Caleta, Atlantide has a significant history; from her role in evacuating allied troops during WWII to her impressive pedigree of owners. Atlantide’s distinguished owners, yachtsmen similar to Perkins, in their time, have kept her in impeccable condition.

Perkins acquired Atlantide in 1998, at which time she underwent a complete rebuild. Her hull was reconstructed at the Manoel Island Shipyard of Malta and the new superstructure and interior was caringly restored and fitted out by Camper and Nicholson only a short distance from where she was originally built by Philip and Sons. Overall external and interior design was undertaken by Ken Freivokh Design. Perkins had brought her back to her original designed purpose as a gentleman's motor yacht and tender to a racing yacht.

From 1999 through 2005, Atlantide had the enviable roll as support vessel to her owner’s 1915, 137’ classic Herreshoff racing schooner ‘Mariette’. In 2006, Tom Perkins launched the remarkable 289’ Maltese Falcon. Atlantide and “The Falcon” were show stoppers at every port in which they dropped anchor. On her own, Atlantide also cruised to distant points on the globe including the Mediterranean, Caribbean, Canada's East and West coasts and Norway's high northern latitudes. After many years of enjoyment she is still kept in pristine condition, and this one-of-a-kind motor yacht with an unprecedented history.