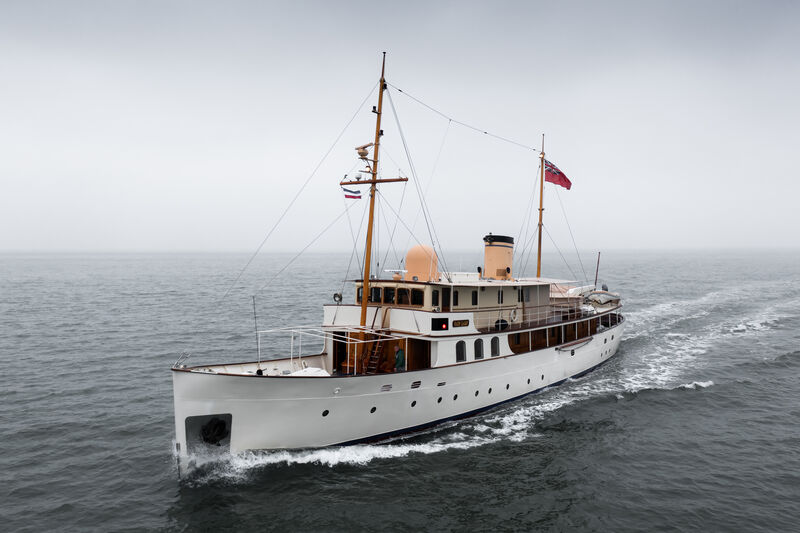 Photo: Tom van OossanenSpotted on Tuesday en route to Amsterdam, is the 36.9-metre classic yacht Fair Lady. Previously known as Fair Maid, she was originally built in 1928 by Camper and Nicholson in Gosport, United Kingdom. Fair Lady features exterior design by Charles E. Nicholson and interior by John Munford. She was completely renovated in 1996 by Pendennis and included extensive engineering works and a survey of her steel hull and systems. She stayed loyal to the shipyard and returned for refits in both 2006 and 2013. The classic gentleman’s motor yacht, which was recently sold, is able to accommodate up-to eight guests and a crew of six in a stateroom layout of a master suite, one double, one twin and two singles. Powered by twin Gardner 8L3B 231 horsepower engines, Fair Lady can reach a top speed of 12 knots.

Superyacht Siniar on the French Riviera