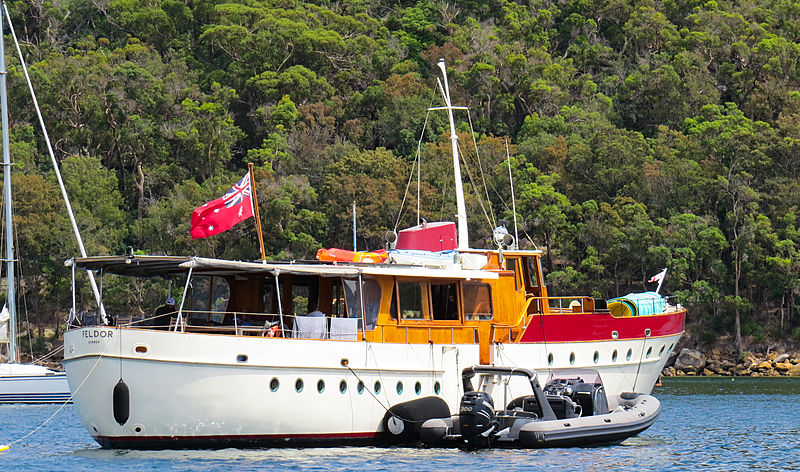 Photo: Boat BlokeRecently spotted in Pittwater outside Sydney, Australia is the classic 26-metre motor yacht Feldor. Built in England at Silvers Marine, the wooden-hulled yacht sunk and was later sold as a wreck, rebuilt and introduced to the Mediterranean charter market where she operated for several years. She was later transported to Australia where she is now based.