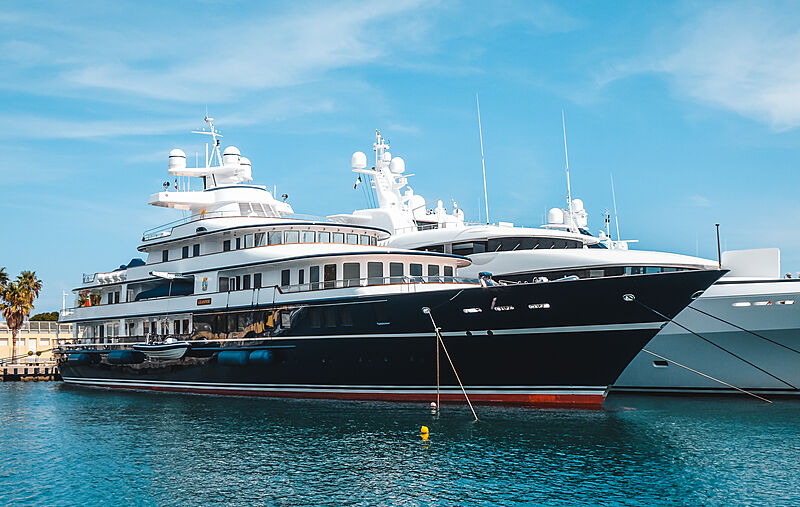 Photo: Aurélien Herman / SuperYacht TimesBuilt in 1992 at Peene-Werft in Germany, the classic superyacht Leander G is seen here moored in the port of Imperia, Italy. Tracing her heritage back to English ownership, the yacht often played host to members of the British royal family while under her former ownership. Leander G features naval architecture and an exterior design by Kusch Yachts while her interior was undertaken in a joint venture by Pauline Nunns Associates, Katalin Landon and Heinz Vollers. In 1998 she underwent an extensive refit with the Devonport shipyard, in which two of her decks were extended. The most recent refit period on board took place in February 2020 at Navantia in Spain. Now up for sale once again, Leander G is looking for a new owner with Edmiston at an asking price of €45,000,000.