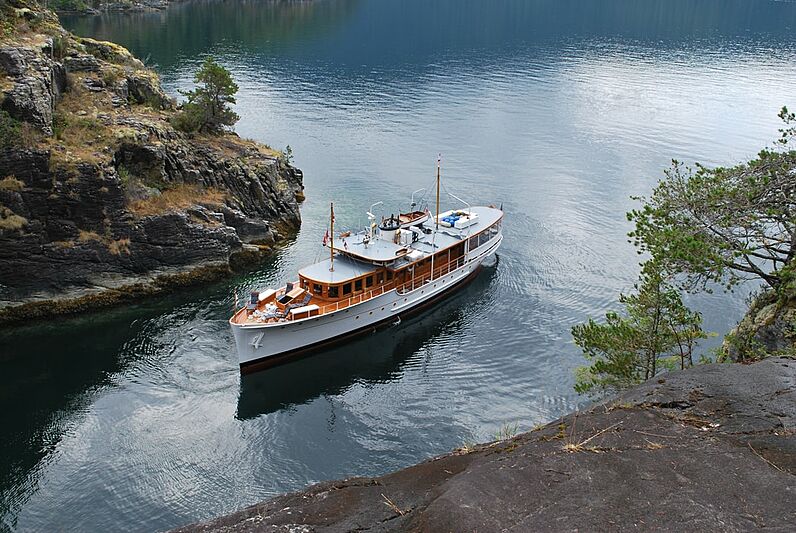 Photo: Rick EtsellThe 28.4-metre yacht Olympus was delivered in 1929 by the American shipyard New York Yacht and Launch Co. The gentleman's style motor yacht, previously known as Junaluska, was built with a wooden hull and superstructure, featuring an exterior by Henry J Gielow. On board, she sleeps as many as eight guests across four staterooms. With a top speed of 11 knots, Olympus is seen here cruising in Teakerne Arm, BC, Canada.

Superyacht Icon in the French Riviera