The new Monaco Yacht Club opened its doors this summer, with the historic occasion attended by 3,000 guests along with His Highness the Sovereign Prince Albert II accompanied by the royal family, the building’s architect and government ministers, who officially opened the new premises. Designed by the renowned British architect, Lord Norman Foster, the new premises aims to develop and promote Monaco’s position as the world capital of yachting. 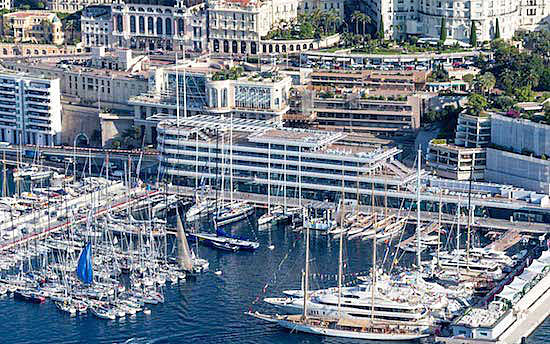 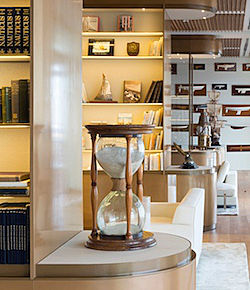 Amongst its many impressive features, facilities and amenities, great efforts have been made to ensure that the new Monaco Yacht Club is not only the centrepiece of Monaco’s newly remodeled harbour, but is also a green and altogether environmentally friendly construction. It is powered by renewable energy and incorporates photovoltaic cells, solar thermal panels and seawater cooling systems to take advantage of the sun and waterfront site. The architecture is noted to be a celebration of sailing, with large, deck-like terraces stepping up along the harbour to offer unrivaled views out to races at sea, as well as views inland over the Formula 1 Grand Prix circuit.

The club is entered via a glazed courtyard that frames views out over the harbour to the palace. The first floor, called deck two, features a club room, bar restaurant and swimming pool and is dedicated exclusively to YCM members. Above this courtyard is a double-height function space, executive offices and a series of ‘cabins’ for visiting guests.

The uppermost floors accommodate a range of event spaces. The fully glazed harbour elevations can be opened up to provide uninterrupted views, while the open air observation decks and cascading terraces are shaded by retractable fabric screens, supported by masts and booms to evoke the image of a ship moored in the harbour. 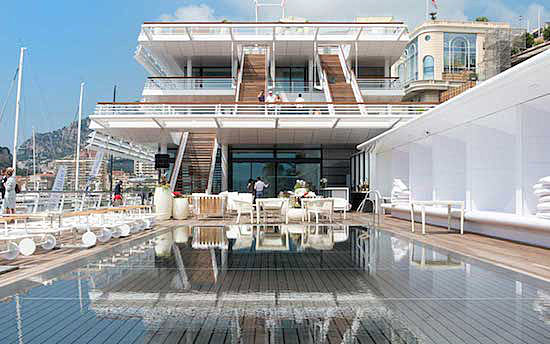 Work was carried out in partnership with the Monaco architect, Alexandre Giraldi, and supervised by the Public Works Department. Designed to be both aesthetically pleasing and state of the art, it has been built to HQE (Haute Qualité Environnementale) standards. 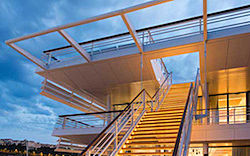 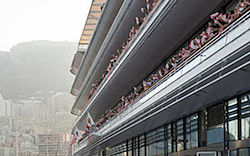 Lord Foster comments, “The building is a little like a city in microcosm, with schools, parks, offices, restaurants, a network of interior circulation ‘streets’ and a hierarchy of public and private, social and functional spaces. It is a continuation of Monaco’s dense urban fabric, as well as the Yacht Club’s traditions and will be an important part of civic life. Every child in Monaco learns sailing at some stage during their education and those lessons will be in the new building – as a result, the Yacht Club will become even more rooted, in a public sense, in the Principality and part of its cultural and urban fabric.” 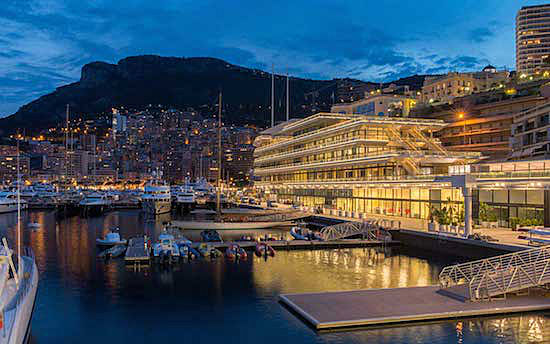 The Sovereign Prince Albert II also commented on the opening of the new premises, stating, “It marks an important phase in the life of our Club, for Port Hercule and for the Principality. With this architectural masterpiece we are affirming our Monaco yachting identity, our ambition being to continue to orient our country’s future prosperity to the sea.”