So begins the classic 1941 hit by Matt Dennis and Tom Adair, famously covered by Frank Sinatra in the 1950s. For many owners, making the decision to buy a superyacht represents exactly this: the ability to finally escape all the complexities of business life, the onslaught of breaking news and cat videos from the internet and the constant communication from social media. Along with your yacht comes a fastidiously trained crew attending to your every need, all the amenities your heart could possibly desire and a trusty captain to take you wherever you want in the world. What more could you desire? Unless you decide to follow the course of action of one particular superyacht owner, Clovis Défago, and take on the helm yourself. 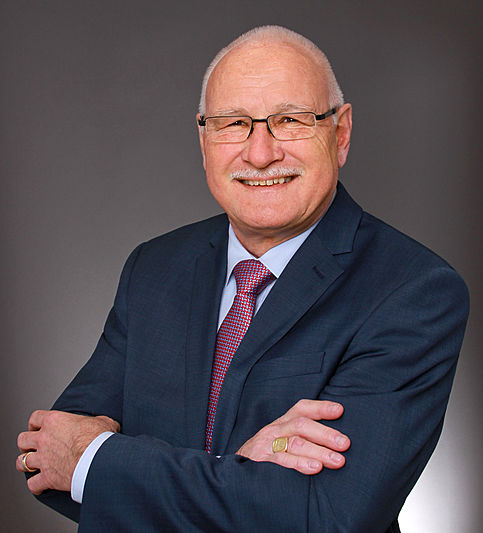 As for his background, the Swiss owner has been an entrepreneur in the construction and healthcare industry for 36 years, focusing on the construction and running of residential care homes and maintaining his role as Chairman of the Board of Directors at Livin AG and Casa Solaris AG since 1998 and 2012 respectively. Beginning his superyacht journey as many owners do, with charter, which turned out in this instance to be severely disappointing, Clovis took matters in his own hands and bought the SanLorenzo 108 - now called Skyline - as a speculation build in 2013. Since then, he has been skippering her for friends, family and business associates and adamantly not chartering his vessel. To find out more about Défago’s day-to-day on his Sanlorenzo, upon which he spends an impressive six months out of every year, SuperYacht Times took our Swiss German skills out for a spin and caught up with the man himself. 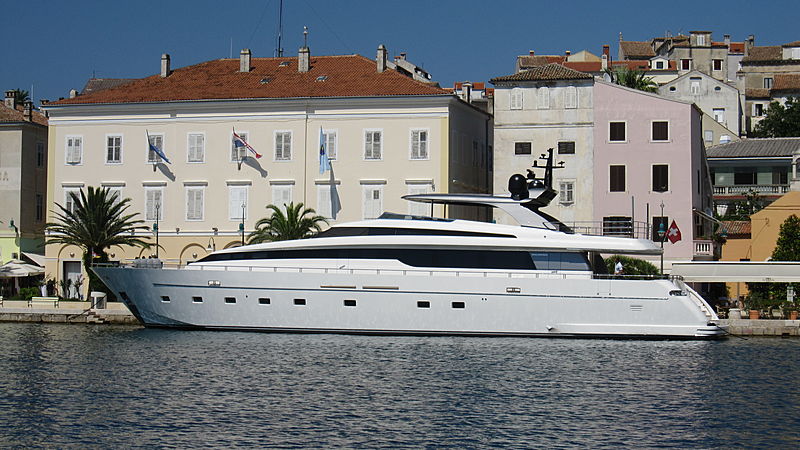 What lead you into yachting? Is this an interest which you have had since your childhood, or did it develop later on in life?

What were your experiences of yacht ownership prior to Skyline?

I have had a boat at Lake Constance for 30 years now. I received my boating licence and initially I started to charter boats at sea. However, we had to cancel the charter twice because the contractual requirements were not met by the charter company. After these disappointing experiences, the idea of buying and owning a yacht was born. My first yacht was a used Johnson lying in Croatia and we made trips to Italy and the Balearics on her. After four years we went to the Boot Düsseldorf without the intention of actually buying a new yacht, but in the end, we spontaneously bought a Sanlorenzo 82 at the show which was delivered to Mallorca in 2007. From Mallorca we have transferred the Sanlorenzo 82 to Croatia.

What was it that made you decide to buy the 33-metre Sanlorenzo Skyline? She was originally started on speculation by the shipyard: at what point in the build process did you enter the equation?

You seem to be well informed! After buying the 82, we traded up for a 88 and in 2013 we were offered a Sanlorenzo 108. As mentioned, the yacht was a speculative build. The previous owner had cancelled the contract and the yacht was awaiting a new owner. We knew Sanlorenzo quite well and were friends with them, so we were inclined towards the potential benefits of getting a new and bigger boat. 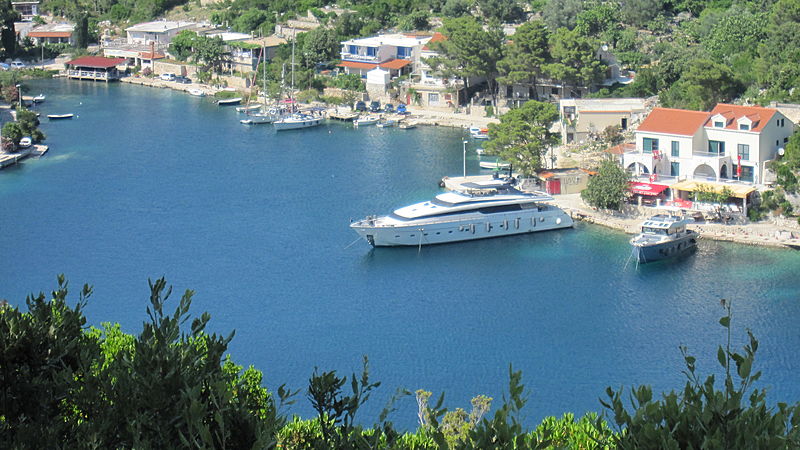 I consulted other owners about the difference between the Sanlorenzo 88 and 108 in terms of performance and manoeuvrability, however other owners do not manoeuvre their boats themselves as I do. In the end, we decided to buy the yacht but had it designed to meet our requirements and had the ship built to our specifiations. We wanted to have a desk in every cabin and a generously sized crew area with three single cabins for three crew members. We named her Skyline and saved the naming rights.

You are both owner and captain of Skyline. How does this change your approach to ownership and why did you decide to skipper her yourself?

Just because you are the owner, it does not mean you can not be the captain at the same time. I immensely enjoy standing at the helm and manoeuvring my boat. It's my hobby and I enjoy boating so much more when I am at the helm instead of having a captain to do it for me.

I spend roughly six months of every year on Skyline. We do invite guests to join us - who are not chartering the boat but are invited by us - and I also train interested guests in navigation and seamanship to help them get their certificate. Our guests are family and business partners. These partners and companies also invite friends and clients as a gift or for a closed meeting on board, so we personally know all of the guests on our boat. 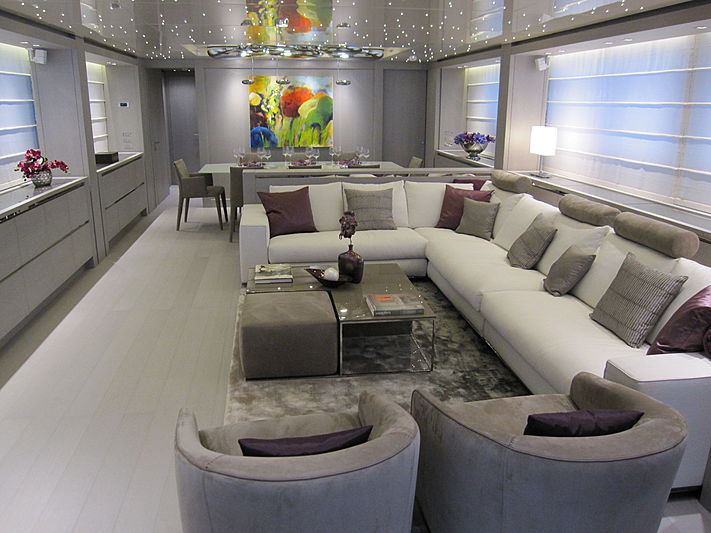 Where have been some of your favourite places to travel to onboard Skyline?

We have cruised the western coast of Italy numerous times but we mostly enjoy the Croatian coastline down to Montenegro. It offers a lot of diversity and you can cruise to bays and islands in a very short time. But I can not say that I have one favourite spot in Croatia: every region has its own charm.

Your wife, Richelma also accompanies you for a few weeks a year. Can you tell me a bit about her role on board?

She is in charge of the galley as she is a fantastic and very passionate chef! She prepares all of the lunches and dinner when we do not have it ashore. We also employ one crew member all year around and he assists me with the navigation and maintenance of the yacht. When we are on board, we have two additional crew members who are responsible for the hotel service and also assist in the galley. 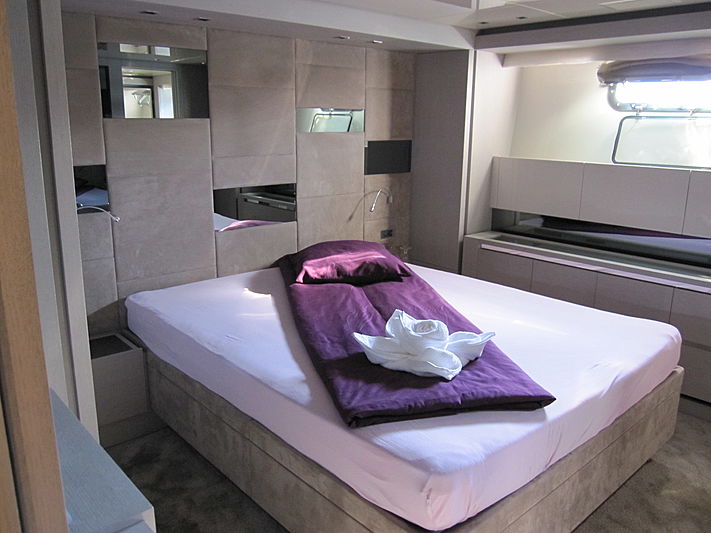 What are your travel plans for the near future?

We made our cruising plans for this year last November, so we like to plan ahead! Our family members join us on board every year from mid-April onwards. From July to the beginning of August we will cruise along the Croatian coastline down to Montenegro and back. During this time we will invite people to join us on board for some trips, giving them a good opportunity to explore Croatia. For those who have never been to Croatia before, they are amazed by the beauty of the country and the amazingly warm reception that you receive there. 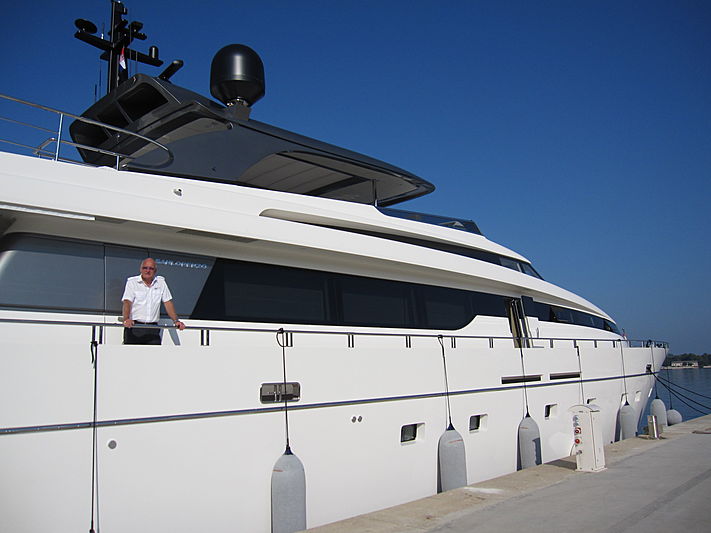 Do you have any more plans to expand or invest in your fleet?

At the moment we do not have any plans but in the end, you never know. I have previously said that I will not change my boat but then I ended up with a new one anyway!

In terms of my current boat, I would definitely like to live onboard all year round, however, due to business obligations, it is unfortunately not possible. People who have their first yachting experiences with us always praise the level of relaxation on our boat. For us, it is great that we can give people the opportunity to experience the yachting lifestyle through spending time on Skyline and exploring new places.