Italian company CMC Marine begun life in 2005, when Alessandro Cappiello and Giustiniano Caggiano brought over 20 years of experience in the fields of engineering and naval architecture together. SuperYacht Times’ Maarten Janssen recently met up with the company at the Genoa International Boat Show, where they make it very clear that even from the very beginning, their strategy was focused on one thing: innovation. I met up with Alessandro Cappiello, CMC Marine's CEO, at the recent Genoa boat show, to discuss his business plans. 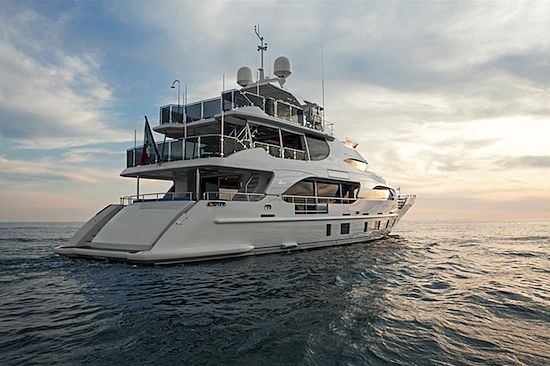 At the time CMC Marine launched, the yachting industry was healthy and still expanding, but somewhat lacking the flexibility to quickly adjust to new technologies. The newly formed company, however, had the know-how required to start working on the ambitious project of transferring the advances developed in the automation field by the international industries and into the yachting industry.

From here, CMC Marine began working on two different fronts: the R&D department started to develop the first project for an electrical stabilising system, while at the same time the company launched its first hydraulic stabilisers and thrusters systems. In the meantime, R&D engineers were also working hard on the company’s core project: an electronic integrated system for yacht stabilisation and control. 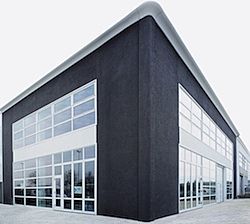 The main goal was to transfer the state-of-the-art technologies developed in the industrial automation field into the leisure yachting world, and to do so, CMC Marine partnered with Mitsubishi Factory Automation and Wittenstein GMH. Thanks to this partnership CMC Marine was able to benefit from reliable and advanced products that were already tested and implemented worldwide, as well as R&D support, know-how and skills.

Few years after the initial launch of the company, CMC Marine were ready to launch it’s first electric stabilising system in 2008: SE Stabilis Electra, with hardware and software protected by European Patent. The electric system provided a superior performance increase, with just some advantages over the traditional hydraulic stabilisers including increased intelligence, flexibility and smoothness; the reduction of noises, vibrations and hull stresses; lower onboard power absorption; reduction of the total installation dimensions for electrical systems and a reduction of onboard installation time, consequently reducing the costs of production and testing, amongst numerous others. Furthermore adopting full engineered and tested components coming from “industrial mechatronic world” provides reliable application and reduced maintanence.

After the launch of SE Stabilis Electra, the next step for CMC Marine was to design an integrated system for yacht stabilization that would impact on the yacht’s global performance. First developing individual systems, Stabilis Electra (stabilisers), Dualis Electra (thrusters) and Directa Electra (steering) systems, the Dialog software was then designed and patented, leading and controlling the separate systems onboard as to integrate the single independent functionalities. 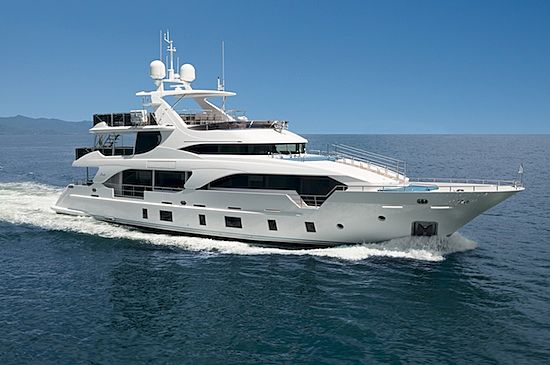 Though innovative and exciting developments, the market reaction to CMC Marine’s innovations were not as expected. International competitors rejected the electrical systems at first, viewing them as unreliable and inferior to the traditional position. Due to shipyard’s increasing preference for electronic systems, however, competitors opinions were soon altered, and they contested the EU patent validity of CMCMarine’s designs. In July 2014, the European Patent Office once again confirmed the validity of the patent, reaffirming the innovative value of the company’s product and technology. 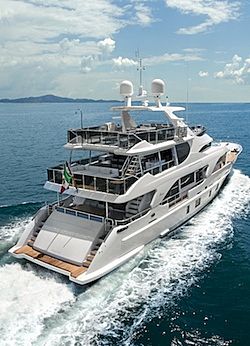 When questioned about the growth of competition in the market, Alessandro Cappiello comments, “In some way we are proud for competitors reaction. It confirms we were right. Market needs competition, because that gives two positive things. First pressure to go ahead, becouse the idea we have is that what is working now, we have to keep it advanced. We are still and we will always continue to invest in innovation even if we are two or three steps ahead.”

Today, CMC Marine collaborate with all of the primary Italian shipyards, demonstrating the fact that the company meets the right standard required to compete worldwide. Responding to the new trend moving towards a constant increase in the yacht’s dimensions, the stabiliser and control system range now also covers yachts up to 60 metres, with the range aiming to be widened in the near future.

Not only catering for new build projects, CMC Marine has recognised the need for their systems within the refit market, with thousands of yachts currently sailing without any stabilisation system on board. Since the electronic systems are very simple to install, CMC Marine believes in the potential of this specific market and have selected a list of primary international partners who joined the company’ service network along 2014, enabling CMC Marine to become a real worldwide player in the market. 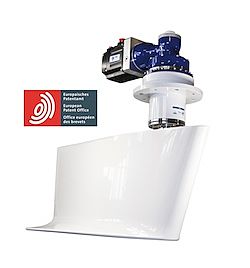 Cappiello says, “The electric stabilizing system seems to be the better response for the refit market since they are very simple to install, completely independent from the existing hydraulic nets on board, hence no need for an invasive intervention that could potentially damages walls, floors and furniture, since it just needs simple electrical wiring and software connections on board and interiors will be safe under refit. Our well trained service center network abroad ensures Shipyards and Owners that, should any assistance be requires, an immediate and resolving intervention will be provided by the nearest centre.“

Everything appears to be ready for the Company to set in motion a process of growth and expansion towards the overseas markets while continuing to develop innovative products, responding with new competitive and advanced solutions to the market future challenges.