Camper & Nicholsons International and SuperYachtTimes.com are pleased to announce that the third edition of the (super)Yachting Index has just been released. Once again, this edition comes as an e-book so that you can flick through the pages at your leisure. 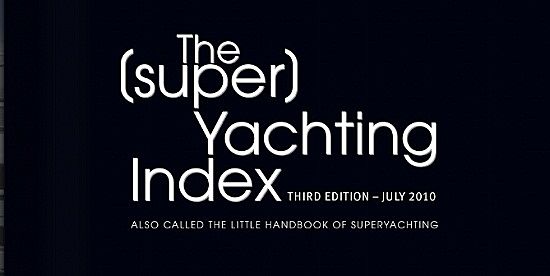 After last year's success, we were again asked by CNI to work alongside them for reliable figures on the Shipyards, Designers, Owners, Superyacht Fleet and New Construction Market.

The Index looks at the year 2009, a challenging year for the superyacht industry. Only 90 new contracts were signed in 2009, compared to 241 contracts in 2008. Although down in volume compared to 2008, and down in value compared to 2007, the brokerage market was and still is an area of the market that remains very active.

Of course, already the question on everybody’s lips is what 2010 will bring about, and research has already begun for the third edition of the Index, out in 2011.

Click here to read the third edition of the (super)Yachting Index.