A collection of new listings hit the seas last month at CNI. From the European offices these include the 43.3m/142’ Griff from Marinteknik and the 23m/75’ Alias from Arno, both listed by Mike Payne from CNI Antibes. Also listed with CNI Antibes is the 24.2m/79.4’ Flacon Dairo One listed with Charles Ehrardt. On the other side of the Atlantic the 30.6m/100’ Spirit of Ashanti from Tecnomarine is listed with Fernando Nicholson from CNI Miami.

Georges Bourgoignie from CNI Miami announces the launch of the 30.5m/100’ Rapture from Southern Wind Shipyards, South Africa. She launched from the shipyard for the installation of its rig, sea trials, and fine-tuning to complete the final details before delivery to her new owner later this month. Her launch will be celebrated early December in Cape Town.

Arne Ploch from CNI Palma announces the signing of a 45m/147.8’ Factoria Naval de Marin due for delivery in May 2009. Her exterior is design by Reymond Langton and exclusive Spadolini interior will include five cabins for ten gests and a further five cabins for seven crew.

Staying on this side of the Atlantic, Charles Ehrardt announces the signing of the 41m/ 135’ Mondomarine. Sistership to the Streamline no.2 (photo), she will be delivered at the beginning of 2009 and still has the choice of two different superstructures and deck versions. She will delivered MCA compliant with zero speed stabilizers and RINA Green Star certified.

Sales
Bill Sanderson of CNI Palm Beach is please to announce the sale of the 43.3m/141’ Azure Leisure. Following the feeding frenzy of the Fort Lauderdale Boat Show, the yacht was sold in style after three offers were submitted on just the second day of the show. Built by Palmer Johnson and designed by Terence Disdale, this world-class luxury yacht has accommodation for ten guests in five elegantly appointed staterooms. Her sun deck boasts a large Jacuzzi and sun pads for lounging, whilst the expansive bridge deck features covered seating and the elegantly appointed main saloon with its full wet bar and loaded entertainment system is generously equipped for large parties or intimate gatherings.

Bill Sanderson has also announced that the new 45m/148’ Perini Helios has been sent on her maiden voyage from Viargeggio to the Cape Verde Islands where the owner will board her for a cruise before she heads off to the Caribbean for the winter. 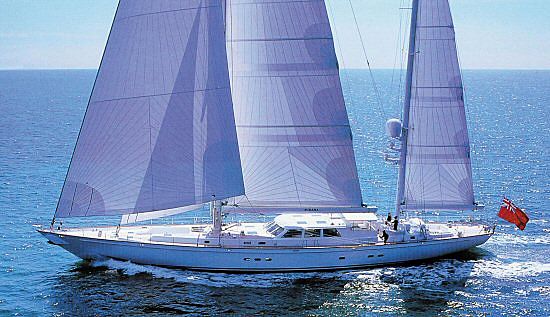 Jonathan Syrett of CNI Palma is pleased to announce the sale of the 40.6m/133.4’ Royal Huisman designed Surama (photo). A spectacular top pedigree yacht, Surama is sistership to the famous Anakena. She was totally refitted at her mother shipyard, the Royal Huisman, with new engines, electronics, sails, interior and exterior painting, new computers and software and re-caulking of teak decks.

Following the Cannes Boat Show in September, Arne Ploch from CNI Palma announces the sale of the 24.1m/79’ Pink Champagne. The stunning Maiora 24 features a contemporary four cabin interior in beautiful flame mahogany and cream leather. A tender garage on her foredeck leaves ample sun bathing space on the flybridge, and her huge swimming platform and ample toy storage.

Another sale following the Cannes Boat Show, with CNI London broker Toby Walker, is the newly launched 2007 43m Emerald Star from CRN. Both seller and buyer were represented by Toby and this magnificent yacht will be fully managed and for charter through CNI.

CNI Cannes are delighted to announce the sale of the 32m/105’ Tempest built by Esterel in 1963 and refit in 2003. A truly unique Motor Yacht. Originally built as a Patrol vessel, she underwent a complete rebuild in 2003 and today offers four luxuriously appointed cabins, and is fitted with latest navigation and communication equipment. Also sold is the 26.1m/85.6’ Natori; launched by CTM Falcon, Italy in 2003, she was built to the highest specifications and offers luxurious accommodation for eight guests in four cabins.

Charter
Expect to see some new names among existing favourites as the CNI charter division welcomes back the 39.7m/130’ Parvati (photo) from CRN Ancona (previously know as Elisabeth F), she has been through an extensive interior and exterior refit to give her a more comfortable and elegant feel throughout. This classic yacht can accommodate up to 10 guests in 5 cabins and is available in the Caribbean this winter and in the Mediterranean for summer 2008. 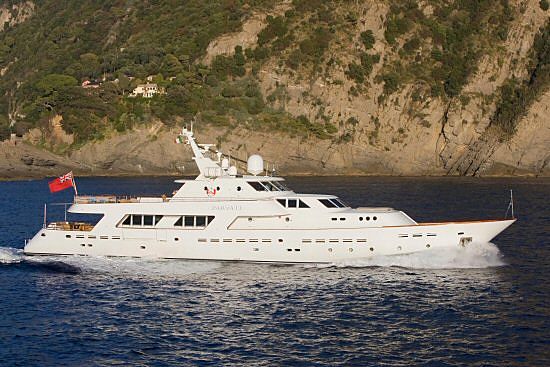 The luxury exploration vessel VvS1 is heading down under to New Zealand for the winter season. Versatile enogh to access small bays and anchor near to the stunning beaches of both North and South Island, VvS1 is a great choice for the rugged coastlines of New Zealand. Eight guests can enjoy all the usual superyacht comforts, including a fully equipped gym.