This morning, August 13, the new 40 meter Admiral flagship, M/Y Aqua was delivered to her owner, who left the shipyard immediately onboard her “dream”. 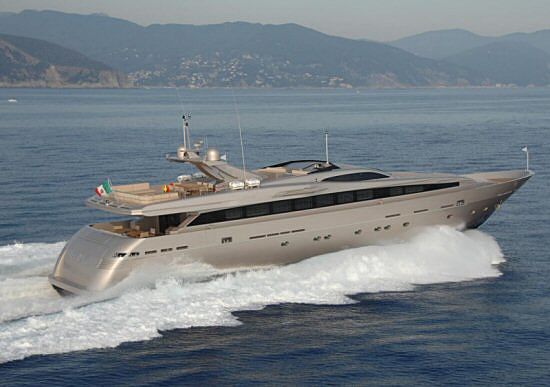 “This yacht represents an important goal for the shipyard, as it is the biggest yacht to date” Laura Ceccarelli, vice president, declared. But this limit will be overtaken in less than a month when the new 42 meter will be launched, and a 44 meter which represents the top of the range, will follow by the end of the year. Another two 42 meter yachts are under construction for delivery in 2009.

Special features of the Admiral 40 are the stern hatch which opens as a platform onto the sea, the side garage that hosts the tender and the central mast which increases the space on the sun deck. 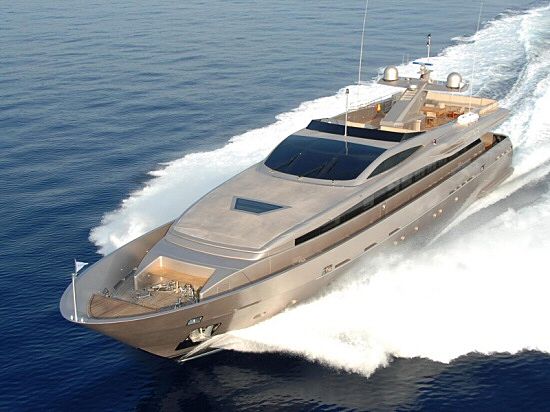 This 39.75 meter maxi-yacht built in light 5083 aluminium, distinguishes herself by her clean and elegant lines, her performance, a maximum speed of 31 knots and by an innovative layout created by Luca Dini.

Aqua was built under the surveillance of the American Bureau of Shipping and obtained a “Maltese Cross A1 Yachting Service, AMS” certificate.