A new custom Codecasa 43-metre yacht, F77, has been moved to the shipyard's Viareggio facility for final outfitting from their Darsena dei Navicelli site in Pisa. The 43-metre superyacht will now undergo the final stages of her outfitting, with a scheduled delivery date in the summer of 2022. 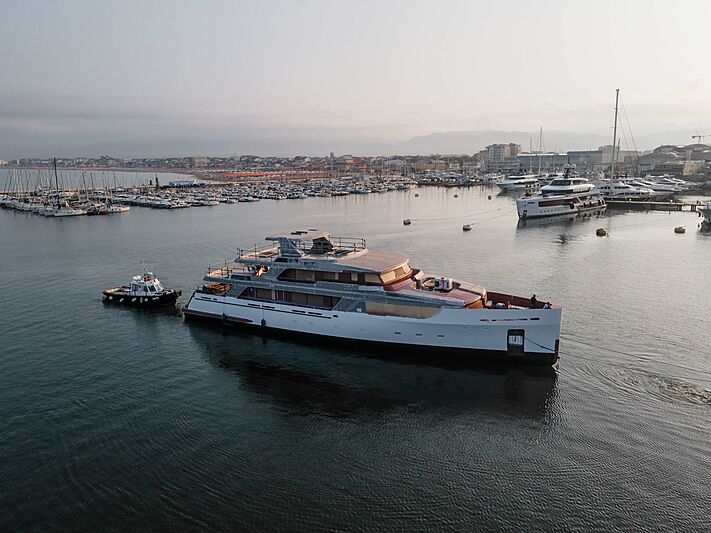 Codecasa F77 is a totally custom-made, full displacement yacht with a steel hull and aluminium superstructure designed by Codecasa’s in-house technical team. The Codecasa F77 has a vertical bow and large windows which flood her interiors with light. She has a generous internal volume just below 500 GT and will accommodate as many as ten guests between five staterooms. 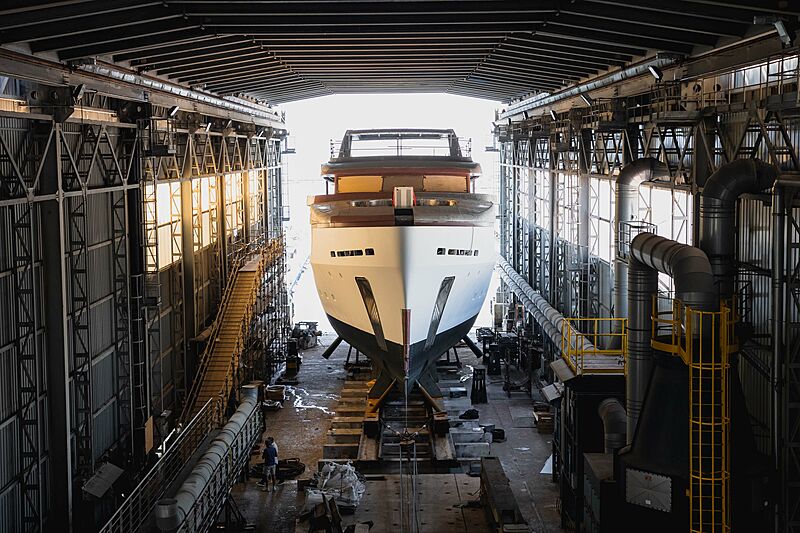 The yacht will be equipped with twin Caterpillar 3512C engines, capable of top speeds of 16.5 knots and a range of 4,000 nautical miles when at her cruising speed of 11 knots.