Codecasa Shipyards have unveiled the design of a new Codecasa 50, developed entirely by the in-house Style Department, headed by Domenico Gozzani. The new design is roughly based on the Codecasa 50 Vintage Series of which the first hull, hull C121, is under construction for delivery scheduled in Spring 2015. 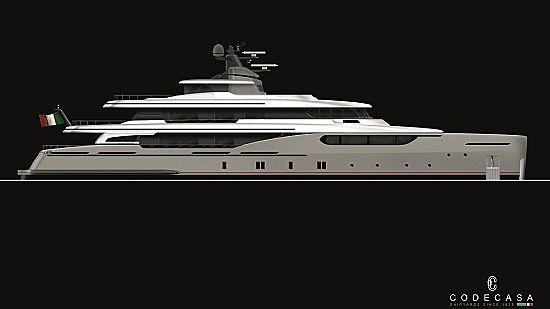 The new Codecasa 50, however, features a slightly more feminine, curved superstructure than the one on the Vintage Series. The yacht also has lower bulwarks, which has allowed for larger windows. The sundeck was also redesigned, where a glass walled gymnasium replaces the “solid” base of the mast, seen on the Vintage. 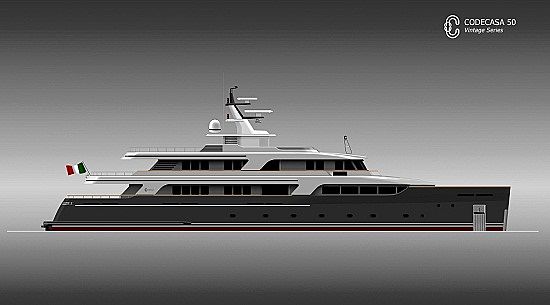