Palumbo Superyachts has announced that the hull of its latest project, the 49.5-metre Columbus S50 motor yacht, has been moved to the outfitting shed where it will be joined to the superstructure. With interior and exterior styling by Florence-based designer Luca Dini Design, the new model was commissioned by a repeat client and is on track for a summer 2020 delivery. 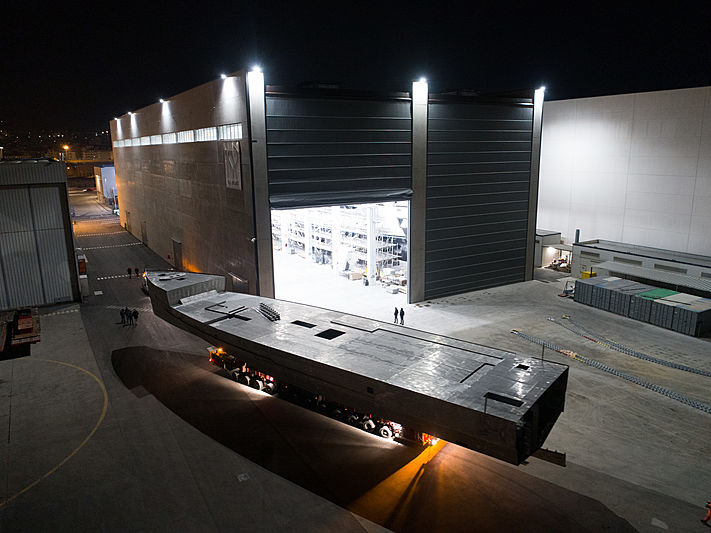 Photo: Columbus YachtsThe Columbus S50 motor yacht under construction is being built from an aluminium hull and superstructure in Ancona. She has an interior of 499 GT and will accommodate up to 12 guests across five cabins as well as a crew of nine. 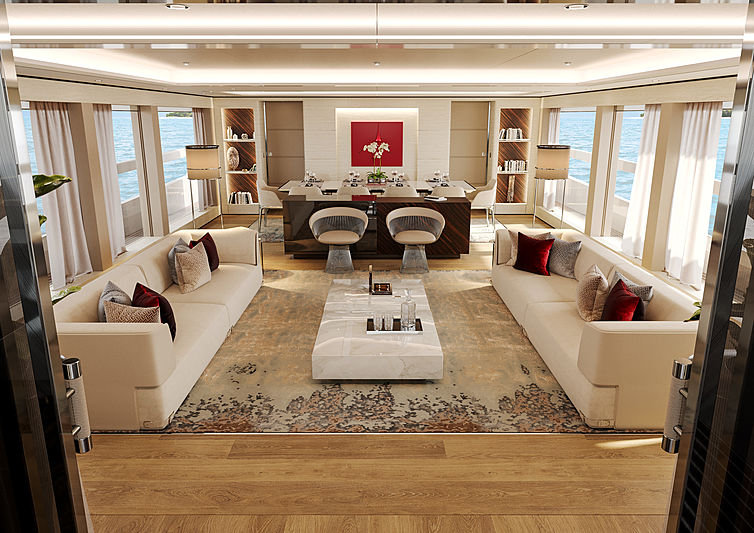 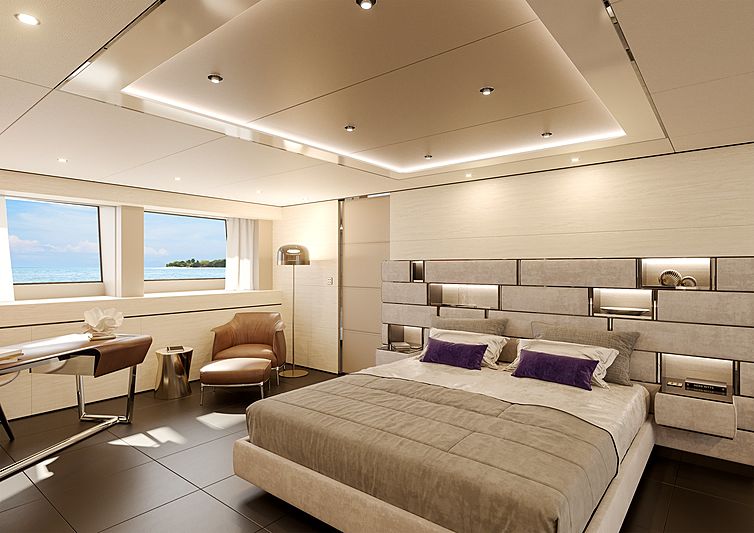 Photo: Columbus YachtsHer distinctive vertical bow is designed to increase the amount of interior space available. Other key features include a saloon specifically designed to allow in as much natural light as possible and lowered gunwhales to enable panoramic sea views. 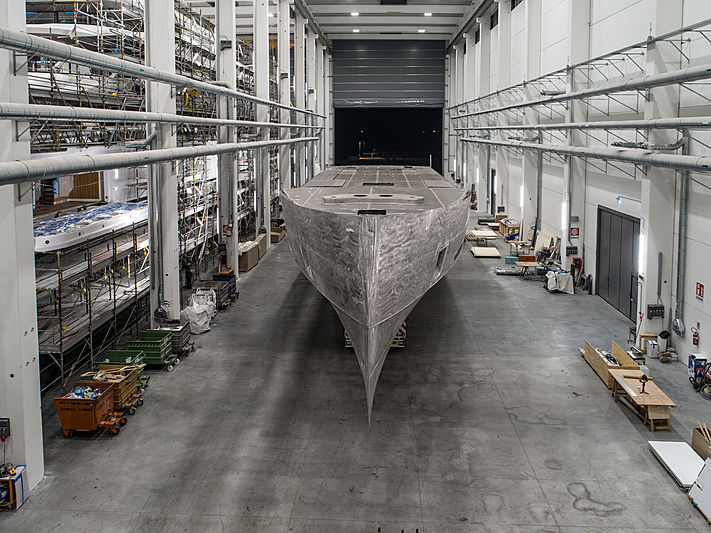 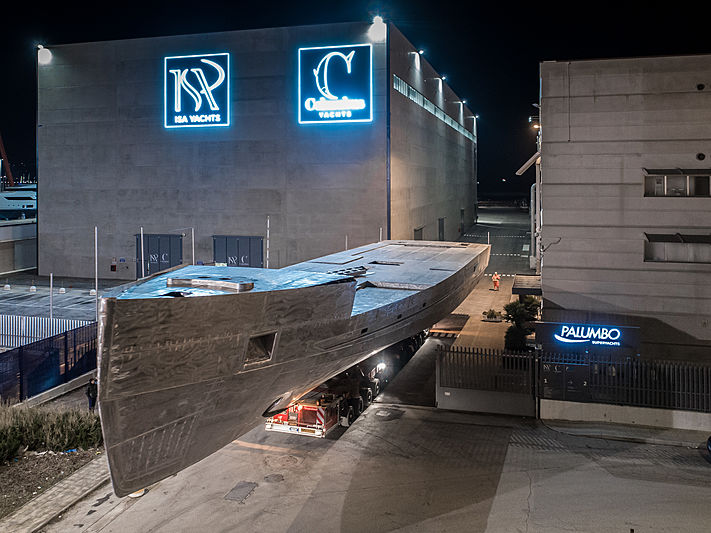 Photo: Columbus YachtsThe yard previously commented on the Columbus S50 motor yacht's design, stating: "The exterior design expresses dynamism while maintaining well-balanced proportions, conveying an original style without being over-the-top and ensuring that its aesthetic will never go out of fashion.” 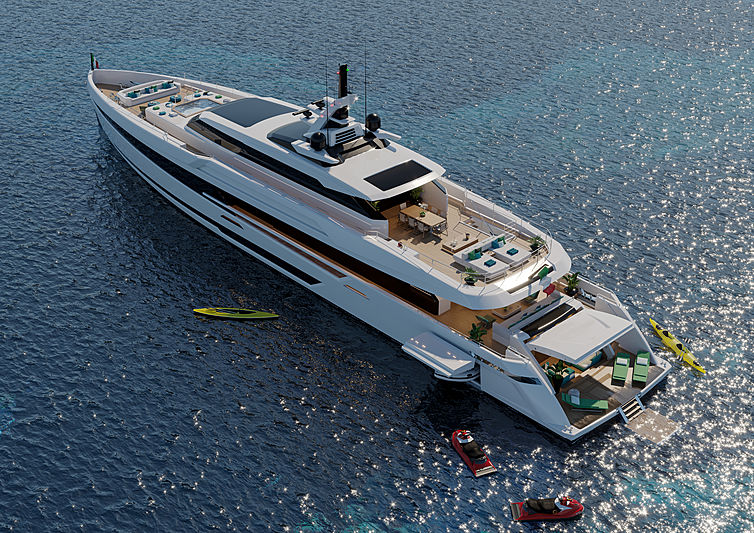 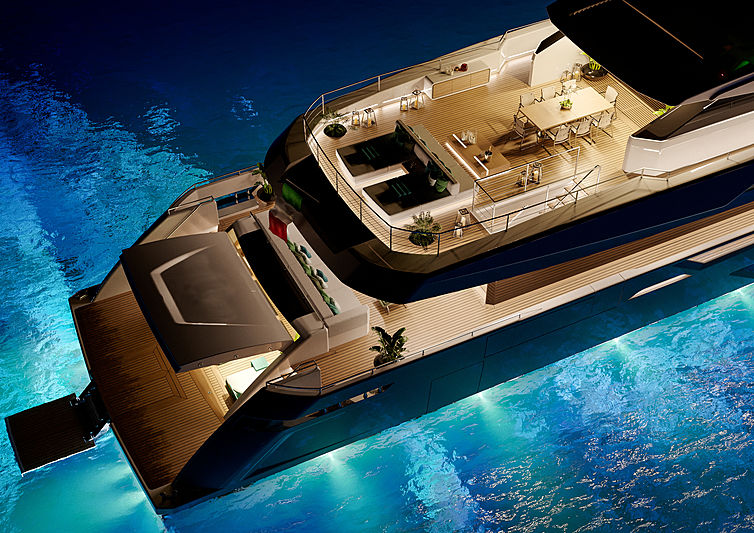 Photo: Columbus YachtsExact details of the Columbus S50 motor yacht's layout remain secretive, however, a skylounge and spa pool are hinted at on the renderings. 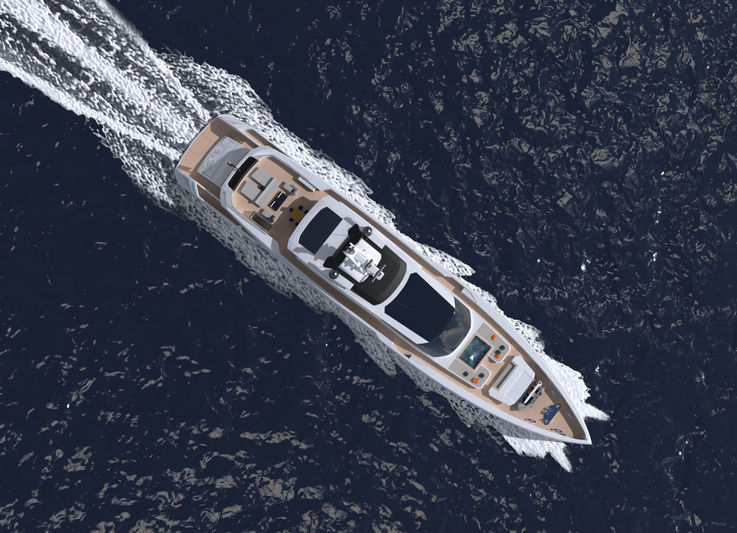 In terms of her performance, power will come from a pair of 2,000hp MTU engines giving the vessel a top speed of 20 knots and a transoceanic range of over 3,000 nautical miles when cruising at 15 knots.

The vessel is expected to be delivered in summer 2020 and will make her debut at the Monaco Yacht Show that September. 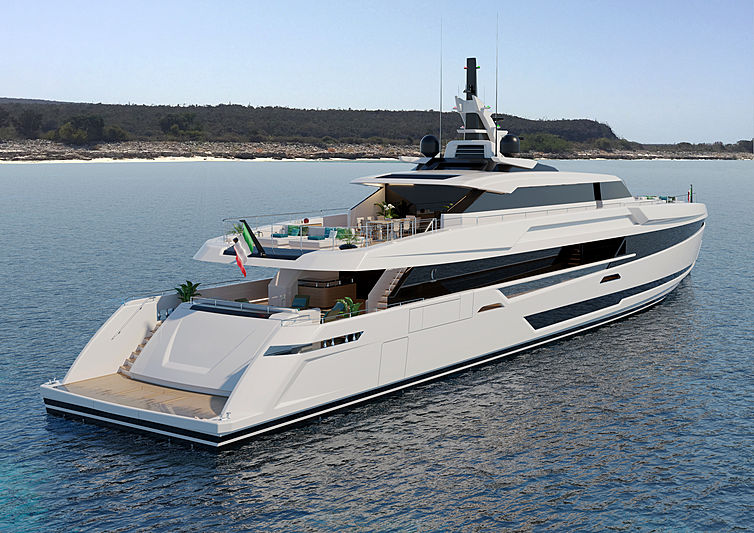