Wally today moved its fourth Wallycento project, named Tango, outside her build shed as the brand prepares for the launch of the vessel later this week. Tango was sold in November 2015 to an experienced racing yachtsman who was attracted to the range through its predecessors, Galateia, Magic Carpet and Open Season. 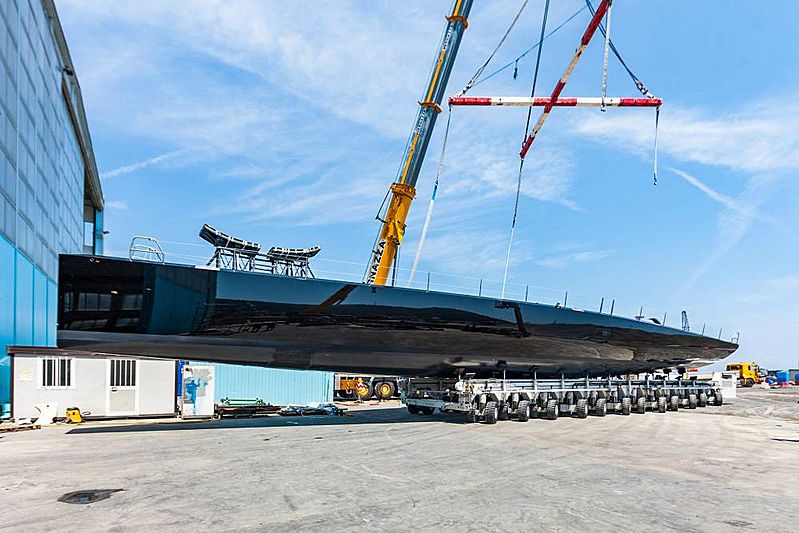 She stands apart from her three older sisters with an all-black exterior and super-flush deck that are indicative of the performance lifestyle this thoroughbred will lead once released into the wild.

Measuring 30.48 metres, the fourth Wallycento box-ruled superyacht has been developed by Mark Mills of Mills Design, marking the third naval architect to collaborate on the series. On board, she accommodates six guests, as well as a crew of up to four. She will boast a sail area of 640 square metres, and will have a top speed of 11 knots from a 300 hp engine.