Canadian studio ER Yacht Design has today revealed that they are currently working on a complete redesign of the 59 metre explorer yacht Capella C for a London based client. The classic vessel was originally built in 1968 at the Dutch shipyard Scheepsbouwwerf Gebr. Pot in Bolnes, and was subsequently utilised as a pilot vessel in the Dutch navy.

The new design from ER Yacht Design retains the original classical hull lines with a new modernised superstructure integrated sympathetically and seamlessly into the new form of a functional expedition yacht. The studio explains the project further: “The yacht retains the structural backbone of the original hull and fore section of the superstructure, with the addition of a new helideck and extension of the existing accommodation, which offers a full beam owner’s stateroom, VIP suite, six guest cabins and two salons.” 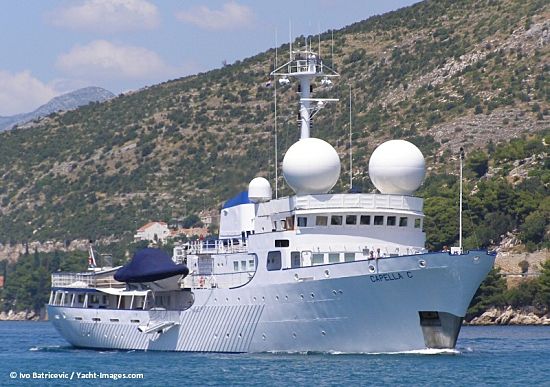 Capella C has undergone several substantial changes over the past five decades, and  in 1985 she underwent an extensive refit which saw her successfully converted to a luxury superyacht with accommodation for up to 22 guests over 12 cabins, as well as a crew of up to 17. Her latest refit was in 2008.