Pekka Koskenkylä, the founder of the world-renowned Nautor’s Swan shipyard in Finland, has joined forces with his nephew, naval architect Sami Lehtonen, in the creation of a new concept of sailing yacht from their company OceanBel, the Oceanbel 128. The aim of this new design concept, has been to combine the volume and comfort of a large motor yacht, with the performance and aesthetics of a sailing yacht. 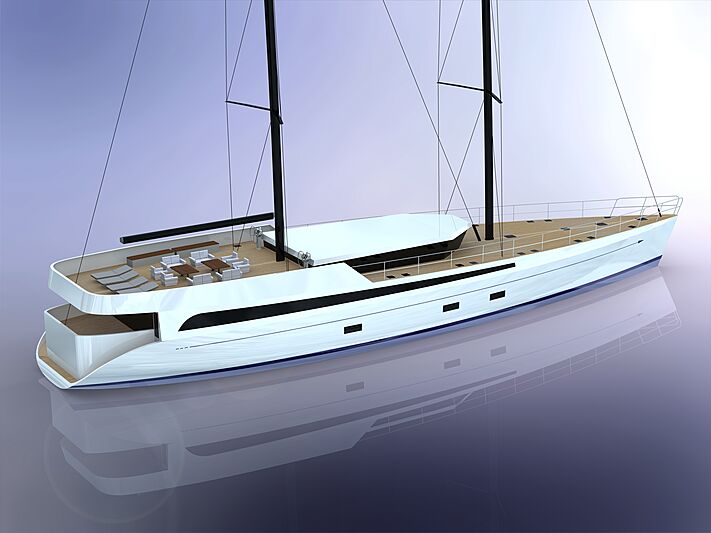 Photo: Oceanbel Unlike traditional sailing yacht rigs, the Oceanbel 128 sails with only two foresails and no mainsail. The impetus behind this innovation is to diminish the aerodynamic disturbance caused by the mainsail, without which the foresail operates with increased efficiency.

The two foresails will have roller reefing on the stays, and captive sheet winches installed in the engine room will clear the deck of the usual sailing apparatus. This results in a flush deck which is safer for guests and easier to manoeuvre around for the crew. 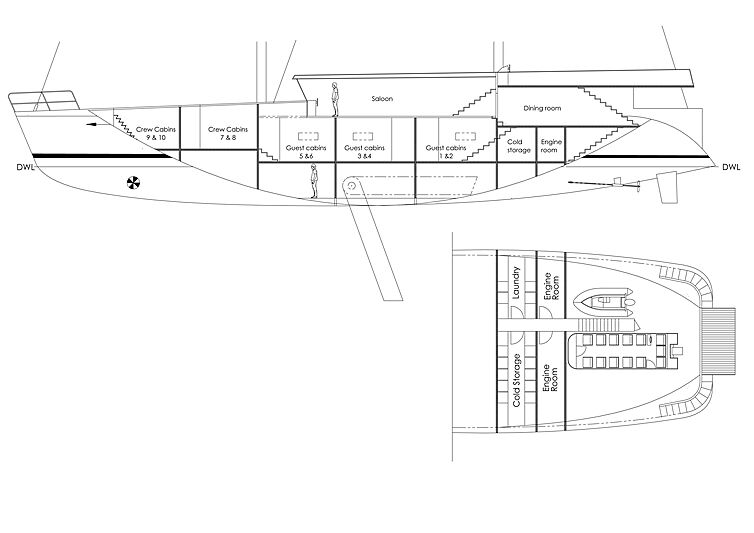 When not propelled by her double foresail, the Oceanbel 128 has two 250kW electrical motors, operated by a large battery bank charged by her two generators. This hybrid system will also have an option of additional solar panels providing 30kW charging power.

The sailing yacht will also feature a retractable centreboard which will allow the vessel to enter shallow bays and marinas otherwise inaccessible to yachts of her size. The centreboard will also increase her stability in rolling swell while at anchor. 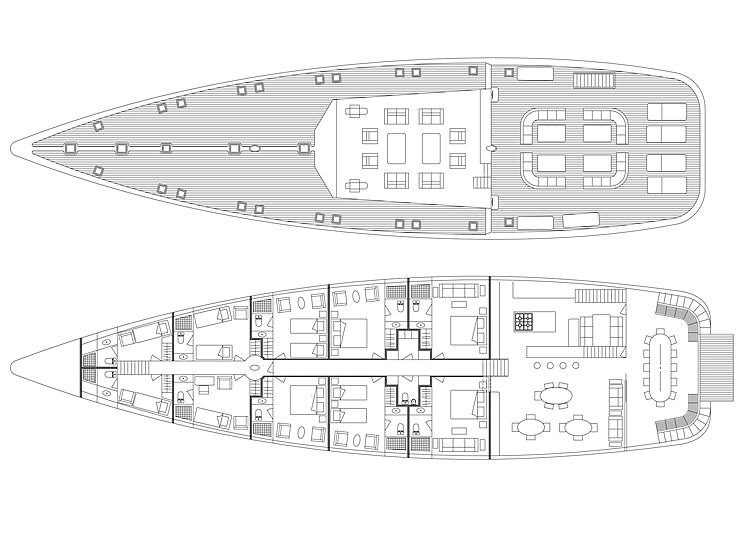 The 39-metre sailing yacht features unobstructed 180-degree views from the interior to the bow, with a dining room to the aft. She also has six double cabins and one smaller single cabin for guests, and three additional cabins, two doubles and one single, for the crew of five. All of the cabins have an ensuite head and shower.

The interior stern is entirely dedicated to the social spaces of the yacht, with a galley, breakfast area amidships and a large dining and entertainment area to the very stern, this layout is echoed on deck.

Of the new design, Sami Lehtonen commented “Our new innovative sailing yacht concept is primarily designed for charter use and for owners who have previously owned motor yachts. This means we are not trying to reinvent Swan or match the speed of Baltic Yachts but instead do something completely fresh and new.”