Yacht designer Harrison Eidsgaard has released the first renders of its latest concept, the 127-metre superyacht REX. The yacht was originally designed for a client who asked for ‘something different’ and REX certainly ticks the boxes. 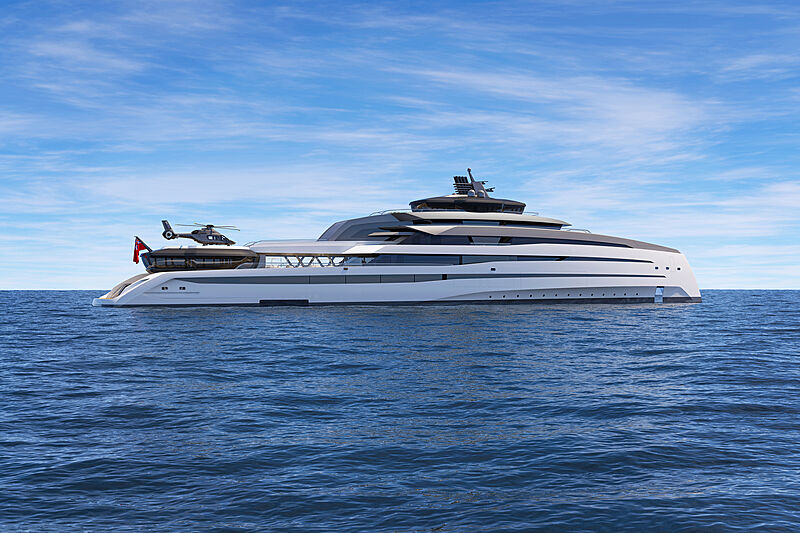 The expedition motor yacht has some standout features for an adventurous owner, including an Airbus A160 helicopter hangar which converts into a squash court. Other top features include a 14-metre swimming pool on the main deck which can be enclosed in glass to create an indoor pool for colder climates. This also directly connects the pool to the main saloon.

To the aft the designer has created an ‘Aft Pod’ which has a 300 square-metre lounge that looks over the transom. The central feature of this space is the Pod Atrium which connects to the lounge, a submerged lounge called the Neptune Lounge and a two-story gym and spa facility. 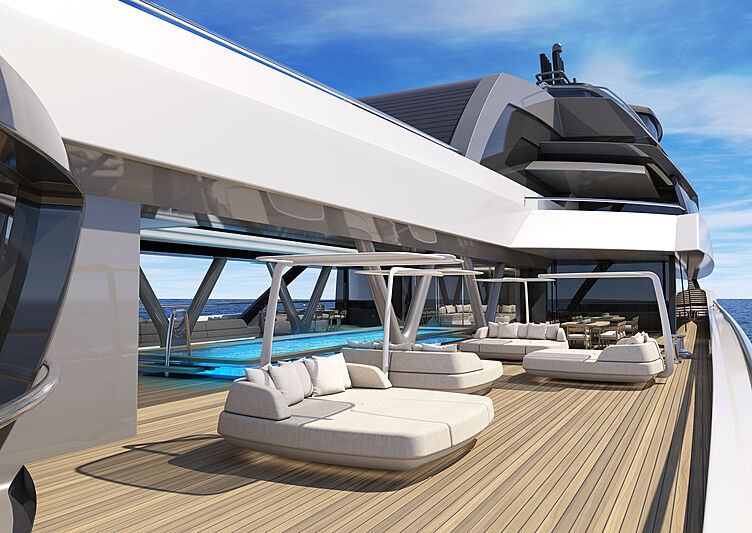 The upper deck is called the Panorama Lounge, featuring 360-degree views. In terms of accommodation, the master suite has four private terraces and two Jacuzzis, as well as a private gym. In the central section of the yacht there are 10 guest suites, each with their own terrace.

In addition, REX has a large cinema, an additional helipad at the bow, an observation lounge with outdoor Jacuzzi, a host of tenders and toys launched from the lazarette, as well as a 15-metre expedition tender situated at the bow.