On the eastern Gulf of Thailand, around an hour and half drive from Bangkok, is Chon Buri: a thriving province that's lured backpackers and bohemians for centuries. It’s no wonder why – Chon Buri has a coastline peppered with natural enclaves of white sand beaches, which are lapped by crystal clear waters. But what is lesser known about the region, is that it’s where Concorde Yachts built and delivered its small dynasty. 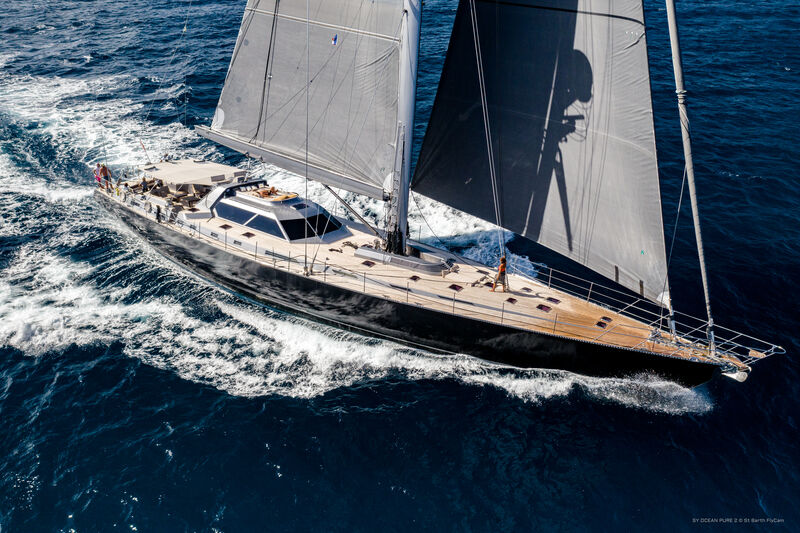 Concorde Yachts was in operation throughout the 1990s and delivered four yachts; a batch of three sailing yachts between 1991-1994 and then a motor yacht in 1997. The site was commissioned for a project spearheaded by the founder of Nautor Swan, Pekka Koskenkylä, who wanted to design and build three large sailing yachts. The first and third units, the 40-metre Latitude and the 41.5-metre Mirabella (ex. Mirabella III), were built for charter. The two yachts, delivered in 1991 and 1994 respectively, were commissioned by the late Joseph Vittoria, CEO of Hertz and then Avis, who was building a commercial sailing yacht fleet.

The second unit from the series was the 41-metre Ocean Pure 2 (ex. Philanderer), built for another client with very different intentions. “Her original owner was looking for a voluminous sailing yacht that would perfectly suit his personal blue water cruising aspirations,'' Maël Fiolet, Yacht Sales Advisor at Camper & Nicholsons, explained. “And while Concorde Yachts was a small and new operation, it had the weight of some major players behind it. At the time of her construction, Ocean Pure 2 was well ahead of her time.” 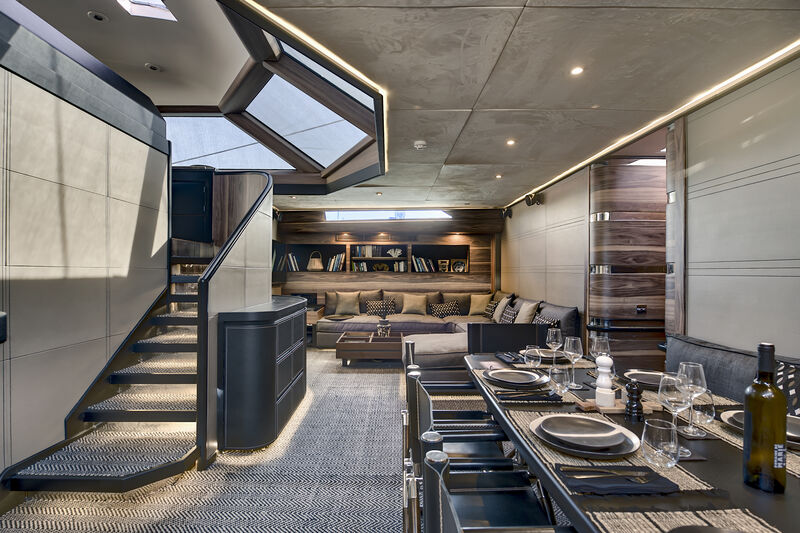 The three Concorde sailing yachts were designed by Farr Yacht Design, the US-based studio headed up by the revered New Zealand designer Bruce Kenneth Farr, who’s responsible for the design and naval architecture of countless regatta winners. Bruce Farr plied his racing experience into the schematics of these three cruising yachts, opting for hand-woven sandwich laminated fibreglass (GRP) to keep weight down and efficiency up. As Maël Fiolet retells, it wasn’t just Bruce Farr that added credence to these builds, “the entire team was incredibly competent, with talent – architects, suppliers, riggers and engineers – being pulled in from all over the world.” 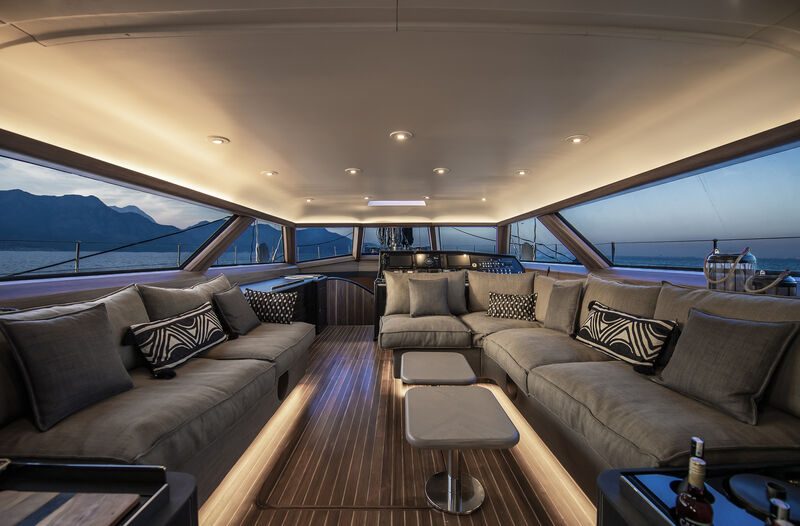 The results speak for themselves and the triad of sailing yachts were well-loved from the moment they hit the water; Joseph Vittoria’s charter business was booming and was only growing in popularity as he continually grew his fleet, while Ocean Pure 2 was well-loved by her first owner, who enjoyed her privately and as a charter vessel.

“We have travelled all over the Mediterranean, from the easternmost areas to the Balearic Islands,” her captain, Pietro Giordano, told SuperYacht Times. “We also enjoyed a season in the Caribbean, covering many miles as we tacked, jibed and motored from island to island. One of my personal favourite memories aboard Ocean Pure 2 was when the owner decided to stop at Madeira on the way back from the Caribbean – the archipelago is pure paradise.” 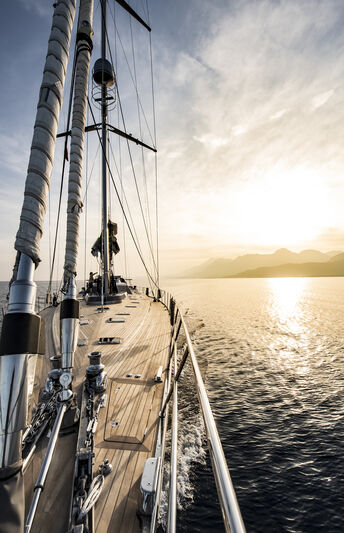 Ocean Pure 2 was built for a life with wind in her sails.  As a result, it was imperative for her initial owner that she delivers outstanding comfort and class to fully enhance the sailing experience. She’s a superyacht of the first degree and offers 225 GT of volume spread over three levels. The fact that this is only the second time she’s been put on the market since her delivery over 30 years ago speaks volumes.

“The superyacht was acquired in 2019 by a client who had major plans for her,” Maël Fiolet explained. “That very same year, Ocean Pure 2 was booked in for a substantial refit and redesigned to a brief headed by the French concept of ‘art de vivre’.” 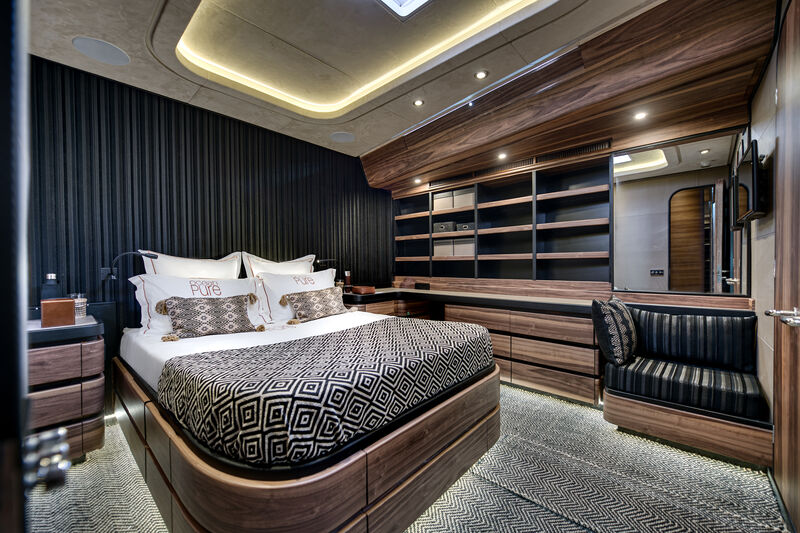 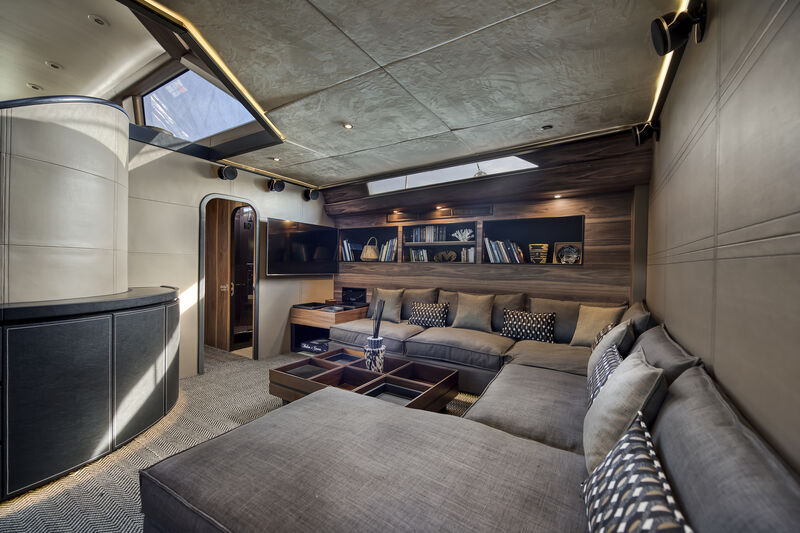 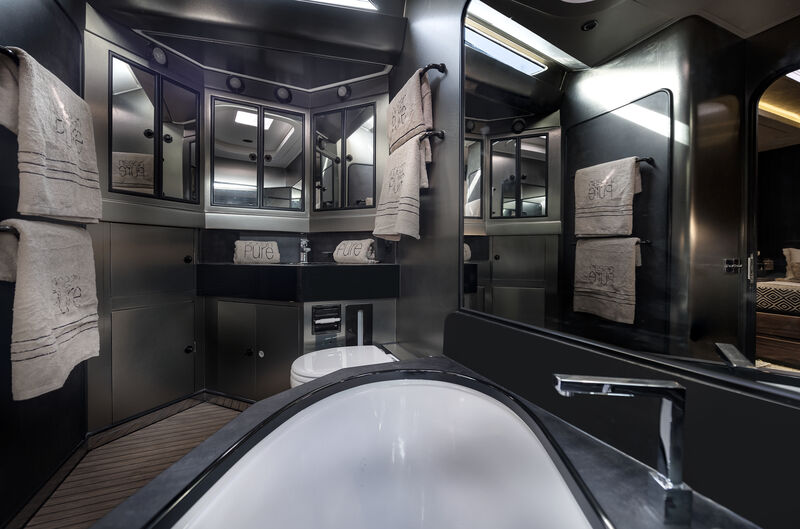 “The 2019 refit was a game change for Ocean Pure 2,” captain Pietro Giordano added. “The owners have kept the core key features of the yacht and upgraded almost all the technical elements, designed a new fresh interior and revised some of her exterior features. The work is a big evolution compared to what she was, and what her two sister ships offer.”

Ocean Pure 2 is modern and refined, furnished with a timeless earthly palette, with natural materials, such as leather, stone and linen found throughout. While her makeover brought her a new sensibility, she hasn’t swayed from the crux of that initial design brief; Ocean Pure 2 is a haven for socialisation and enjoying long periods out at sea. This is a superyacht with not one but three saloons, two dining areas, as well as a library and screening room. 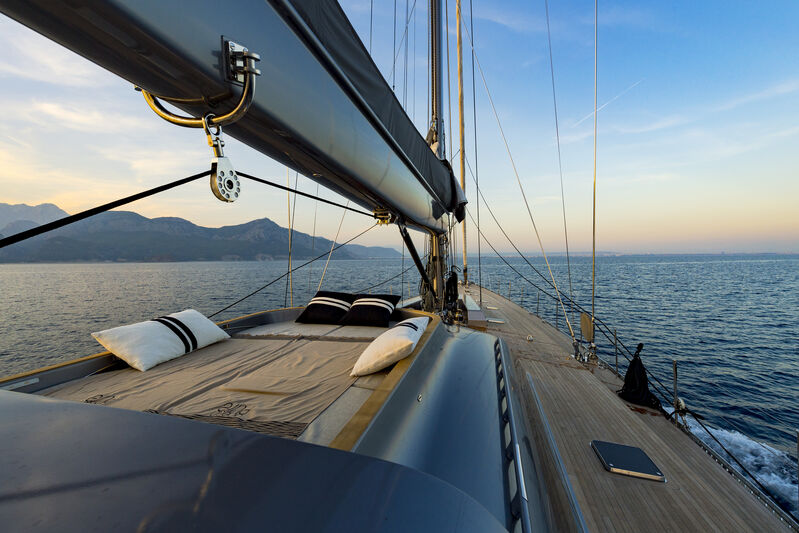 There aren’t many 40-metre sailing yachts with a five stateroom configuration, but Ocean Pure 2 is one of them. She can carry as many as 11 guests and six crew. Her accommodation comprises a master suite with a walk-in wardrobe, a VIP suite, two doubles and a guest suite with both a double and a single bed. Each has an ensuite with shower, as well as the usual modern amenities: air conditioning and satellite TV, on-demand movies, and a Bluetooth audio system. 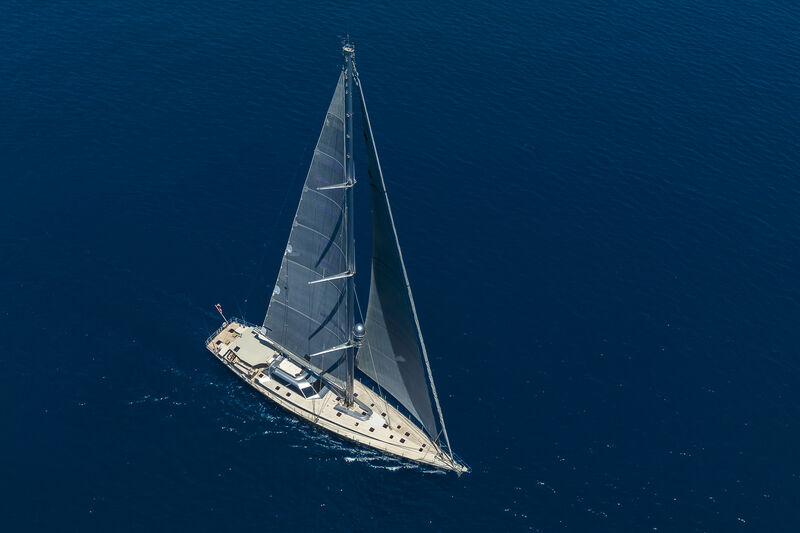 Alongside this makeover in 2019, Ocean Pure 2 also had a number of major mechanical upgrades. She received a new engine and gearboxes, two new generators, shafts, and equipment upgrades. All lights, electrical system and plumbing were replaced, and her mast, rigging and sails were also inspected and upgraded. In addition, she benefitted from a full hull inspection, repaired keel and hull joint, copper coat antifouling, and new seacocks. Her stern was also remapped and she now has a full-size garage and a transom door for her beach club. 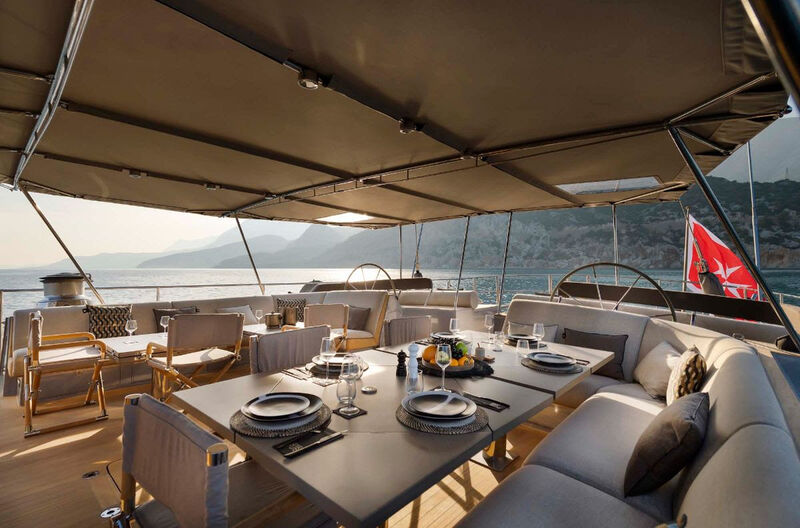 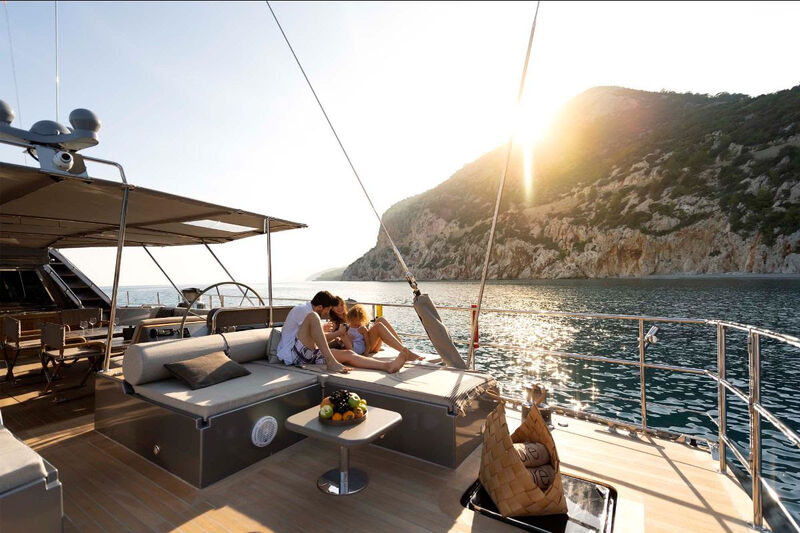 “Performance wise, Ocean Pure 2 is what you’d expect from a blue water cruiser,” her captain explained. She’s equipped with a single Yanmar engine that delivers a cruising speed of 10 knots. “Her seaworthiness is comfortable and reliable, which impressed me a great deal when I first sailed her. After many years on board, I am extremely confident with her in all conditions, both under sail or under engine”.

Ocean Pure 2 comes with a plethora of water toys,  including a kayak, water skis, surfboards, wakeboards and stand-up paddleboards, as well as snorkelling and fishing equipment. On top of this, she has a Highfield 460 with Yanmar D-Tork tender. 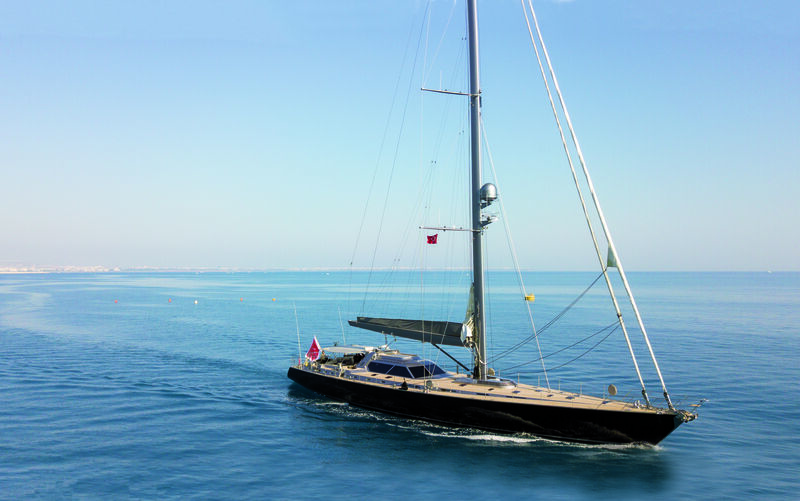 “Ocean Pure 2 is a good fit for someone looking for a proven sailing superyacht where lifestyle on board and volume are the key features. The operating cost can also be well-placed thanks to her charter credentials,” Maël Fiolet concluded. “She also offers a nice transition from motor yacht to sailing yacht thanks to her characteristics.” 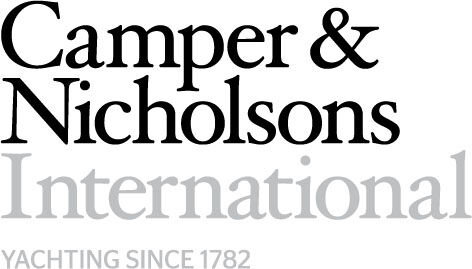 Next Yachting
GET IN TOUCH
Email Call Get a call
Advertisement