The first and second hulls of the 44.27-metre Conrad C144S yacht are now under construction in Conrad’s Polish shipyard in Gdansk. 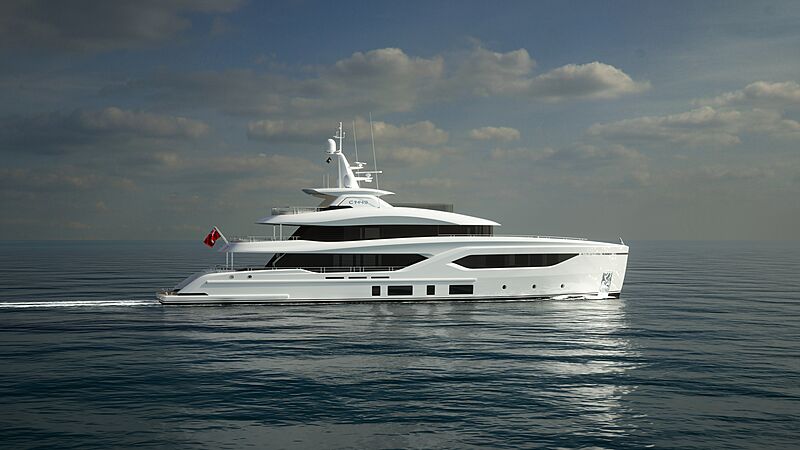 Photo: Conrad ShipyardThe first is being developed for an experienced Swiss customer and is far along in the construction process with a scheduled delivery date for a May 2022. 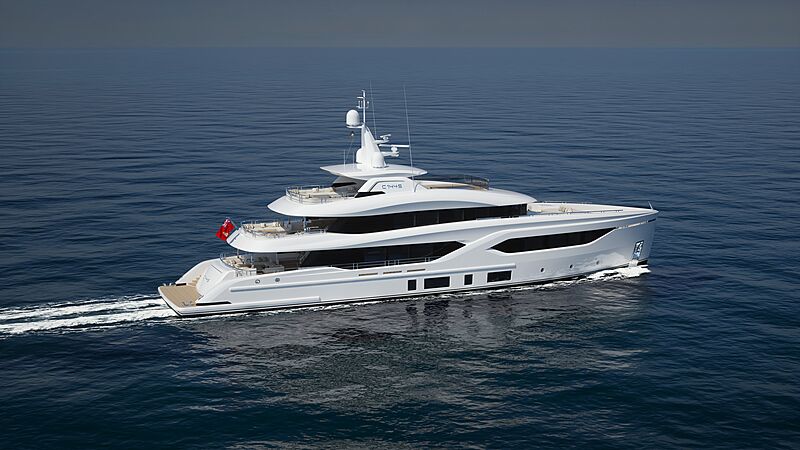 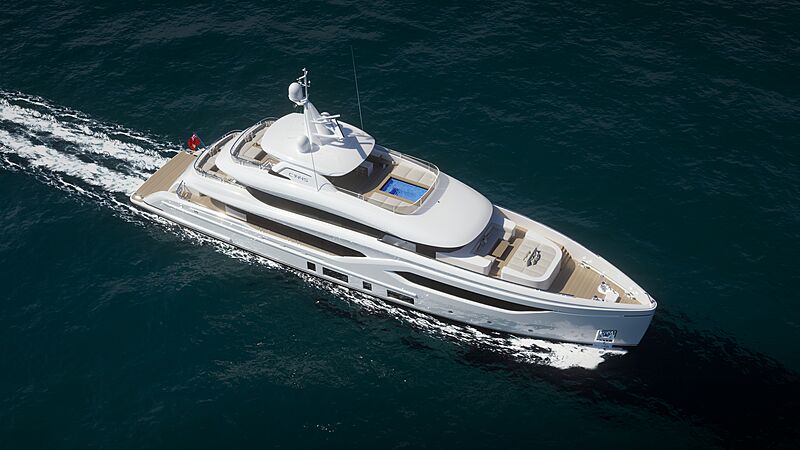 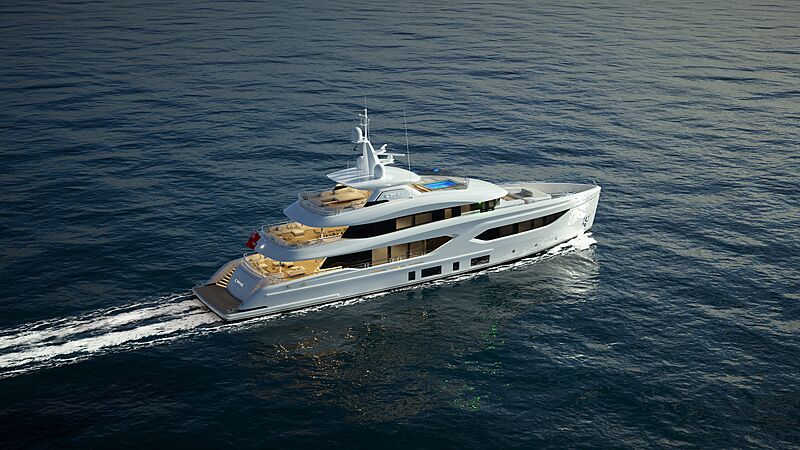 Photo: Conrad ShipyardThe first yacht’s construction was initiated by The Luxury Charter Group, working on behalf of their long-time charter client in early 2020, while Nicola Nicolai Yacht Consulting & Project Management acted as Owner’s Pre-purchase advisor and is now in charge of the build as Owner’s Representative and Project Manager. She is set to make her debut on the international charter market. 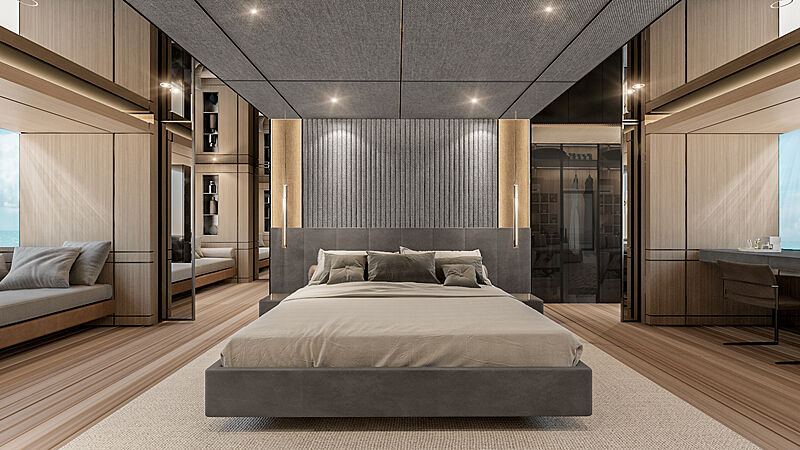 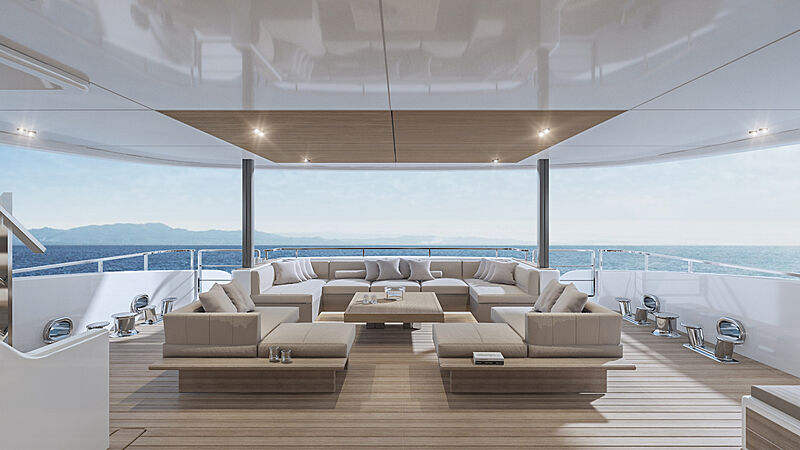 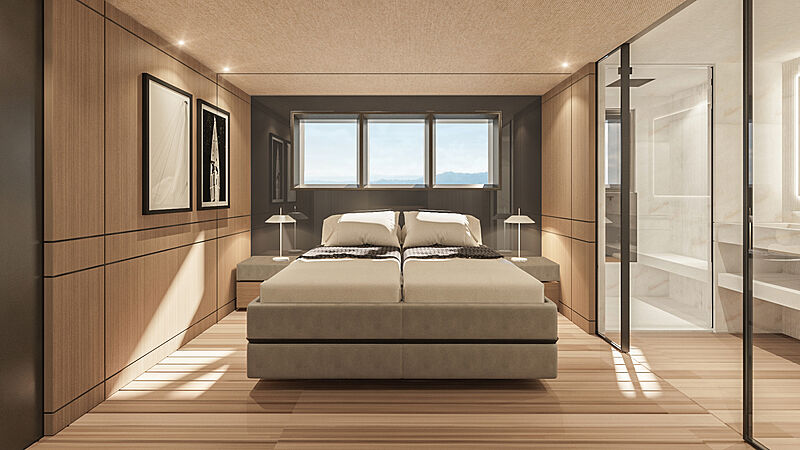 Photo: Conrad ShipyardAs for the second hull in the series, she is awaiting an owner. Her keel laying ceremony took place  in mid-December 2020 and by late February, a broker will be appointed to handle her sale as a new-build opportunity. 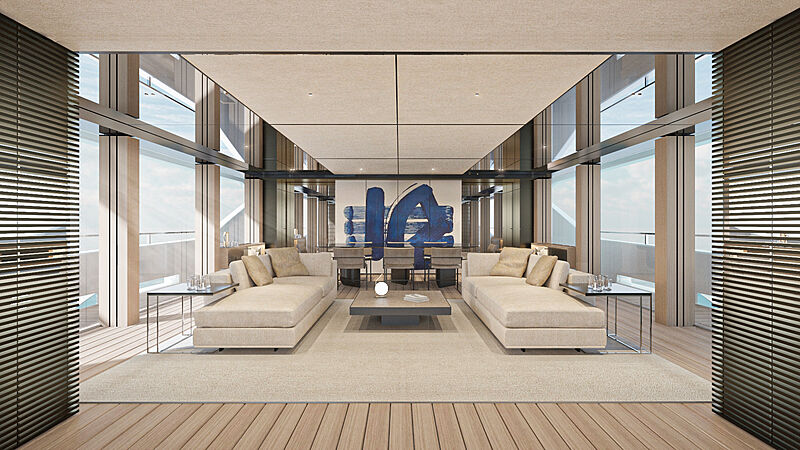 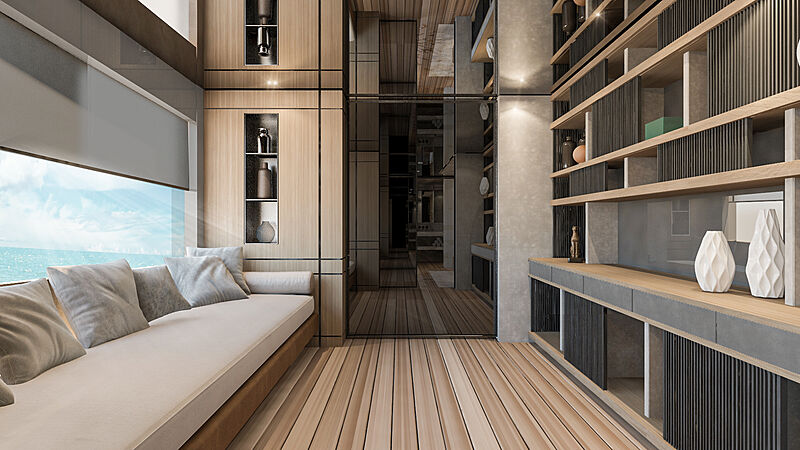 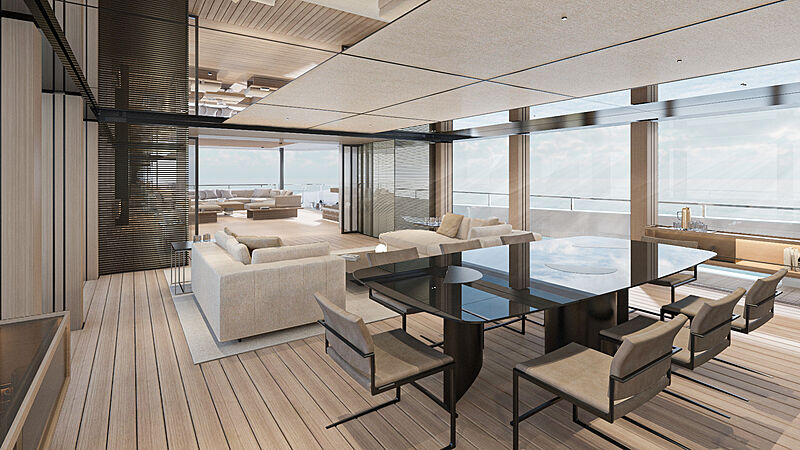 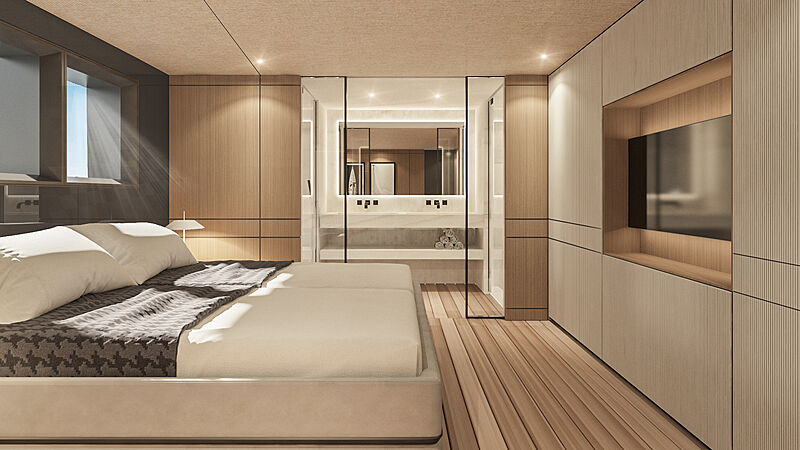 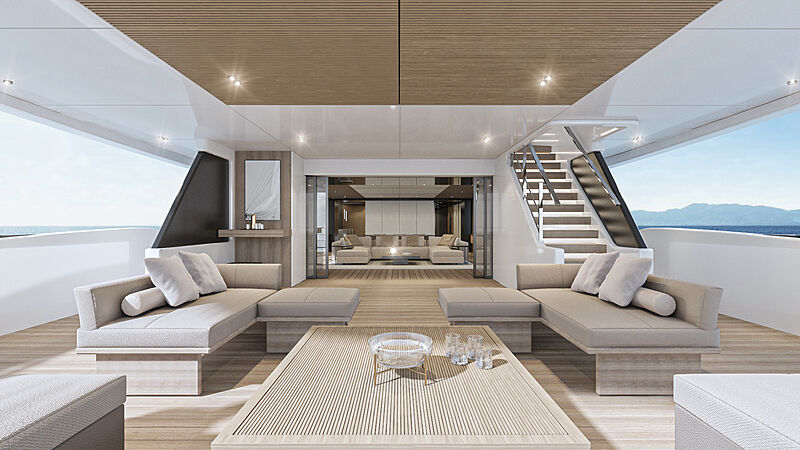 The “S” in C144S stands for straight bow. Designers also say it nods to her brief which is to be “Superb, Sleek and Sexy.” With a timeless design, she has a firm silhouette. Inside she has space for 10 guests spread out over an owner’s suite and four VIP cabins. 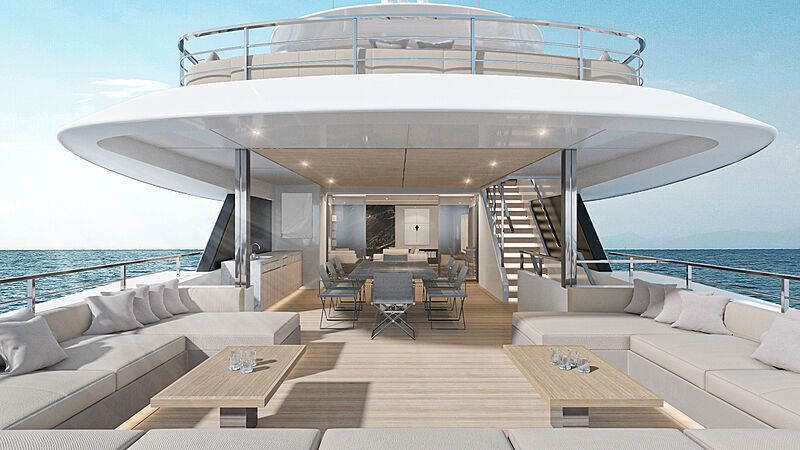 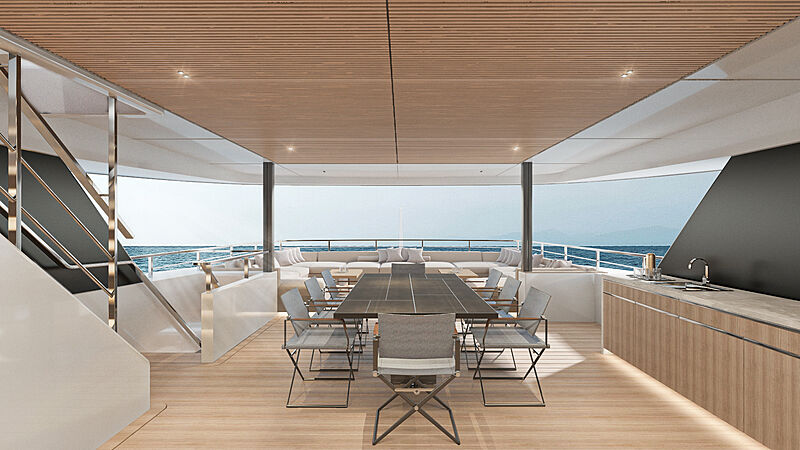 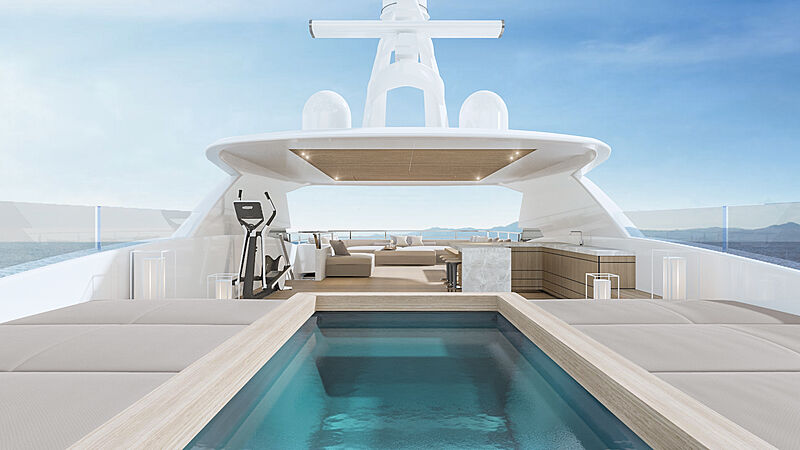 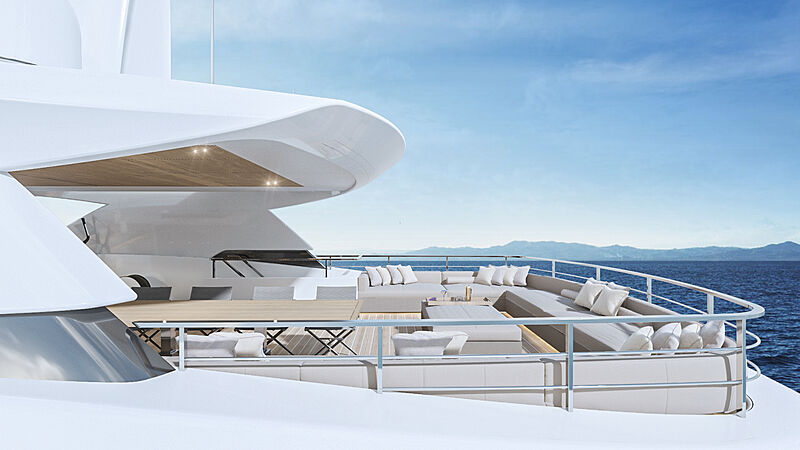 Photo: Conrad ShipyardHer outer deck combines multi-functional zones, such as the aft platform with a beach club, four lounge zones, a deck cinema, two bars and dining zones, leading up to an infinity pool on her sundeck. 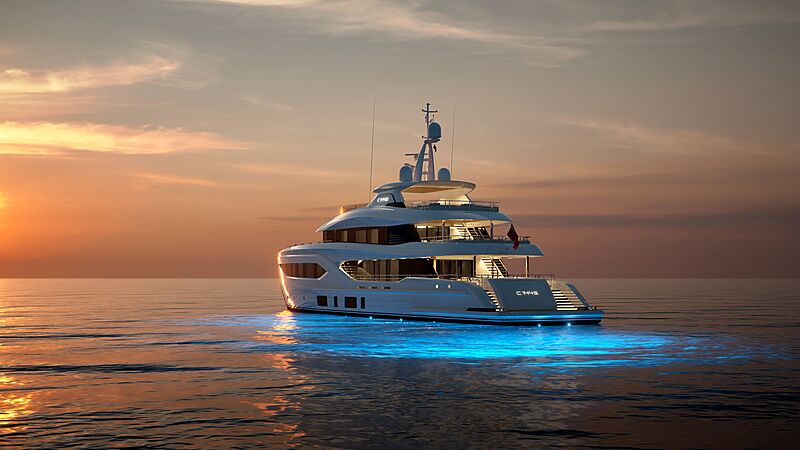 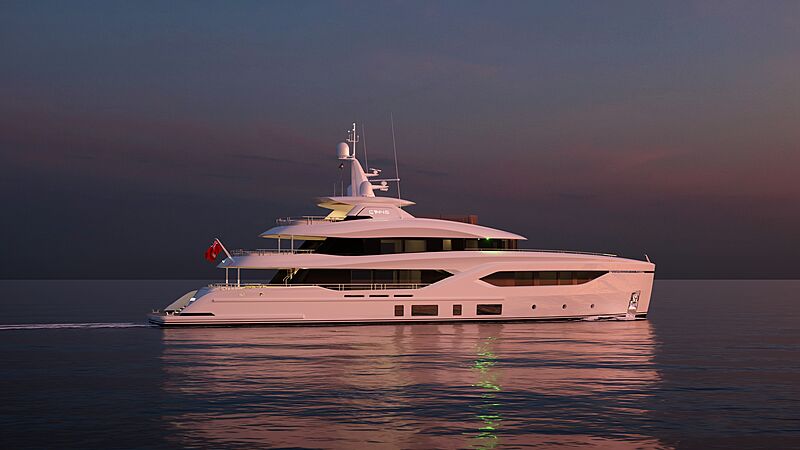 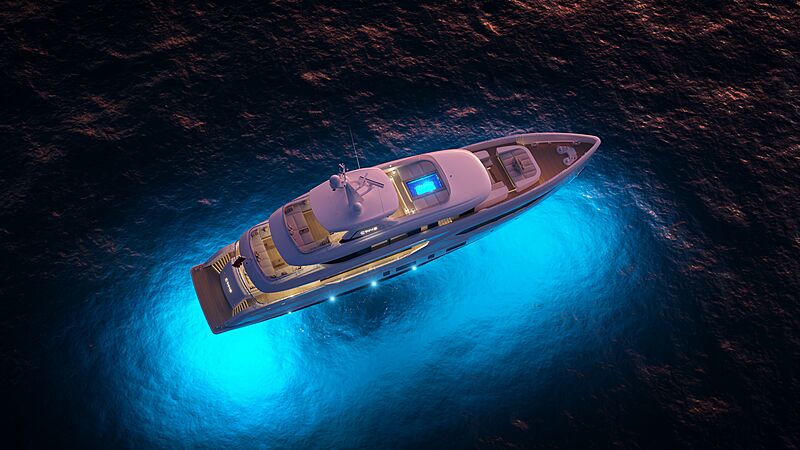 Photo: Conrad ShipyardThe C144S is powered by twin Caterpillar C18 engines as standard, allowing a range of 4000 nautical miles, a cruising speed of 11 knots and a top speed of 13 knots.