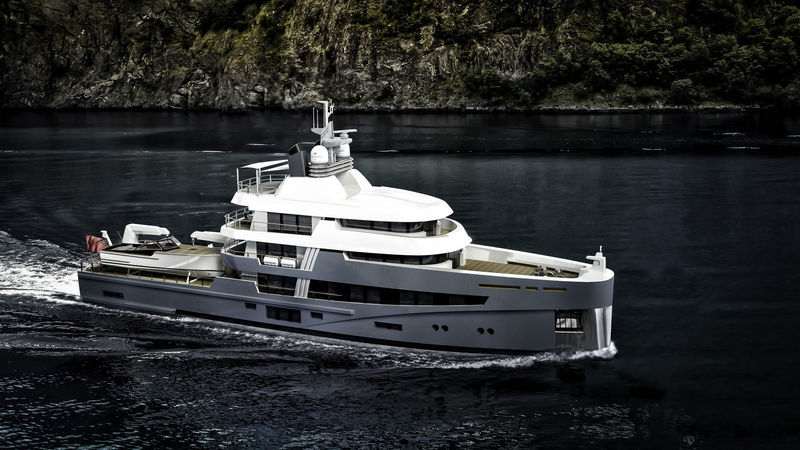 Photo: ConradWith the aim to build “a real multi-purpose pocket explorer yacht”, The Tug has been given a strong double-bottomed hull which is protected by side shell tanks. The wide keel allows for slight grounding in shallow waters. The propellors are shielded by an additional protective design - one of the many features onboard which make The Tug a true explorer superyacht. 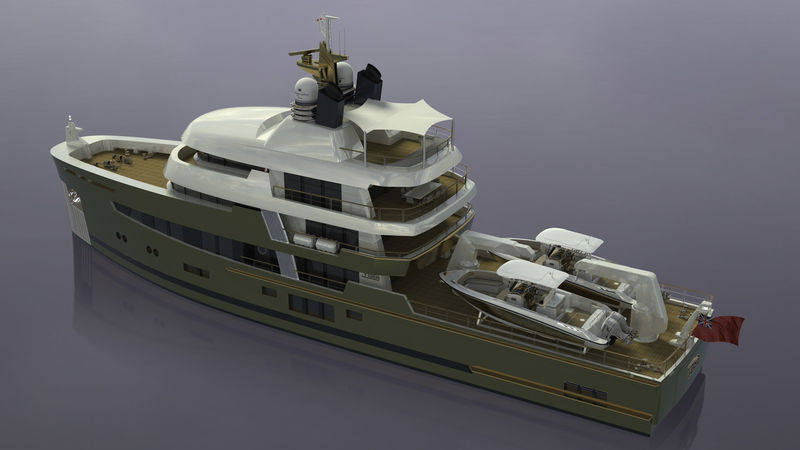 Photo: ConradThe Tug comes with two propulsion options. The standard option comes with diesel engines and propellers by Piening. The upgraded version includes Schottel diesel-electric engines and EMS-pods. Each system gives The Tug a transatlantic range at 10-knots and both top out at 15-knots. 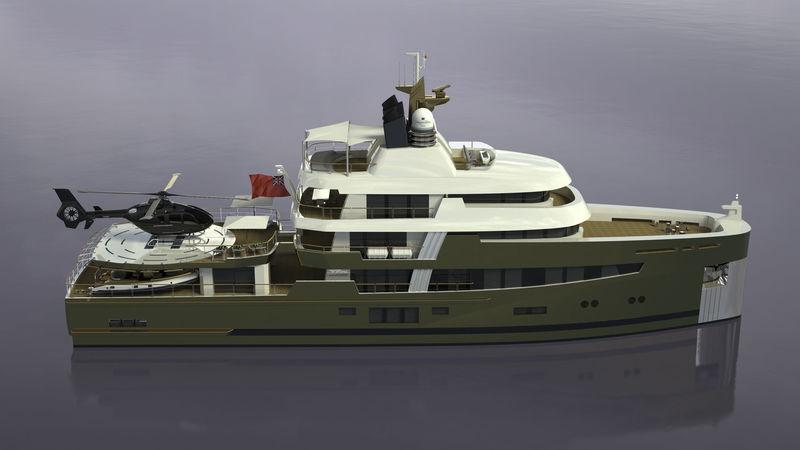 Photo: ConradThe Tug has a modular construction system for tenders, toys, and storage, which can be adapted to suit the client’s needs, and whether they are cruising, blue-water sailing or require a helipad. Inside, the yacht is spacious enough for the owner and up to eight guests.