Construction on the 50-metre superyacht Elettra from Italian yard Tankoa Yachts is progressing on schedule, with the hybrid yacht set for delivery to her European owner in May 2019. 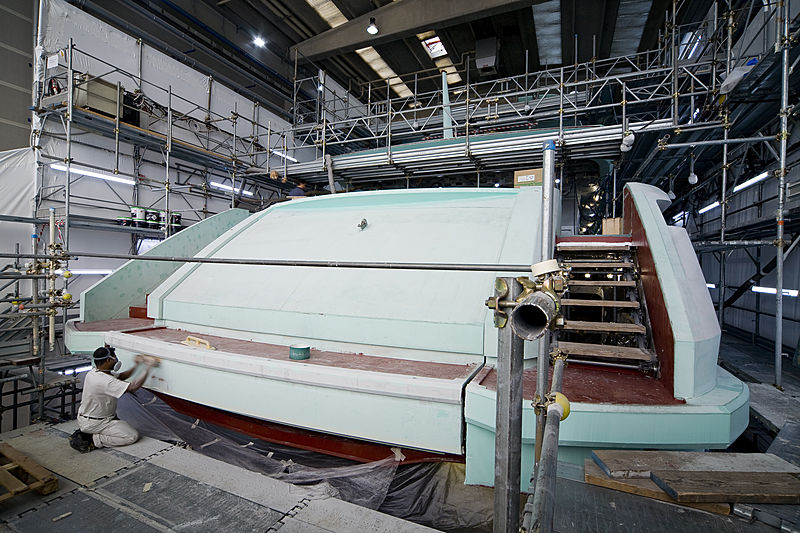 Photo: Tankoa YachtsSuperstructure fairing is underway and her hull is nearly complete, while the laying of the electric wires and piping is close to completion for the lower and main decks. All of the decks' bulkheads are finished and the all the engine room equipment has been installed. 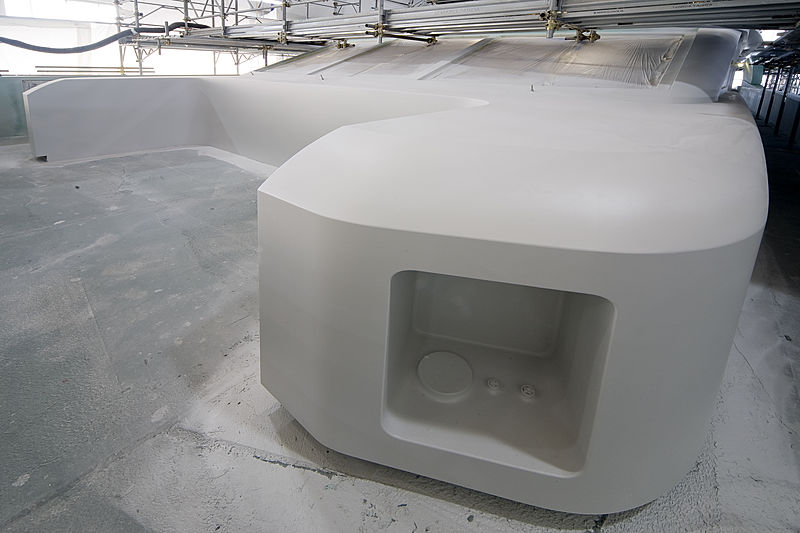 Photo: Tankoa YachtsUnlike Vertige, the first in Tankoa’s 50-metre series, Elettra S502 will be a true hybrid yacht as she will be powered by a hybrid system consisting of twin MTU 8V4000M54 and two electric motors driven by two variable speed generators. When driven in DEM mode (diesel-electric mode) the electric motors will be fed by the two variable speed generators, giving her a speed of 10,5 knots and a range of 4,900 nm. When cruising in this mode, it offers reduced fuel consumption and low noise levels. 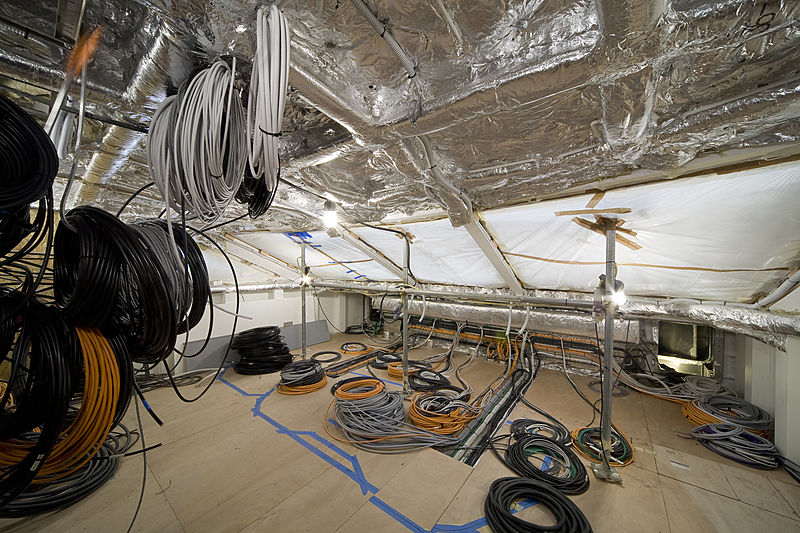 Photo: Tankoa YachtsWhen Elettra powered by Hybrid mode, one of the two engines drives its shaft electric motor to generate electrical power to run the second electric motor for propulsion. At a speed of 12 knots, she will have a cruising range of approximately 4,000 nm. Both twin diesel generators are turned off during navigation in this mode. Traditional mode ensures Elettra can cruise at 17 knots, as she is powered by both main diesel engines for propulsion and a diesel generator for onboard services. Lastly, her Full-Speed mode sees both main engines and generators supply power to the two electric motors, giving her a top speed excess of 18 knots. 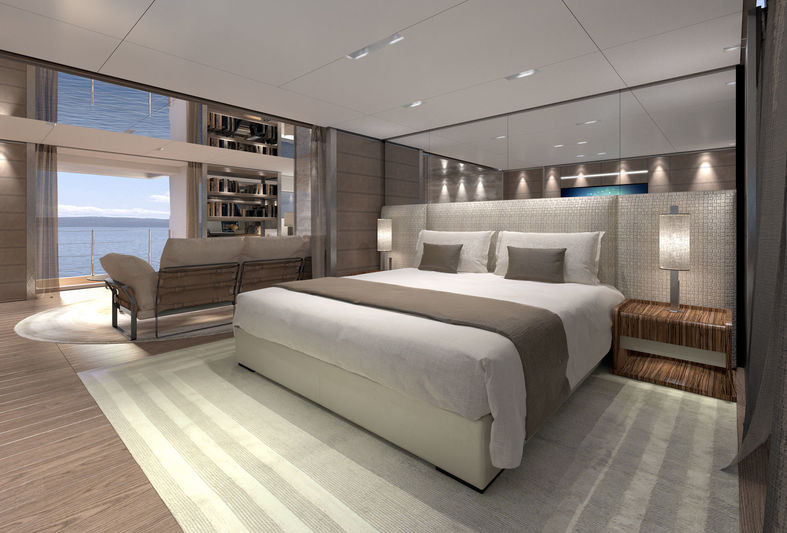 Photo: TankoaOn board, Elettra will feature an interior design by Francesco Paszkowski Design, developed in collaboration with Margherita Casprini, which offers a light yet modern tones and a range of natural materials throughout. She will have a six cabin configuration with a main deck owner’s suite and five guest cabins on the lower deck, three VIP cabins and two guest cabins with twin berths. The lower deck will also house a gym and beach club as well as service areas and crew quarters. 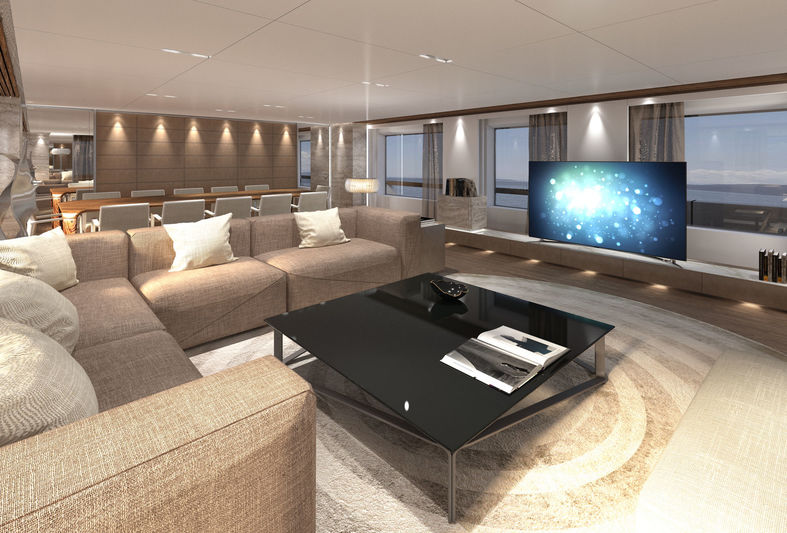 Photo: TankoaThe spacious master suite will include an office and day lounge equipped with fold-down balconies on both sides. The main deck interior will also compromise of a salon, galley and dining room, while the upper deck has been designed with outdoor areas in mind and features an open-air lounge as well as a solarium. Elettra's foredeck will offer a touch-and-go helipad, with the fly deck bearing sofas, sun beds, bar and jacuzzi. 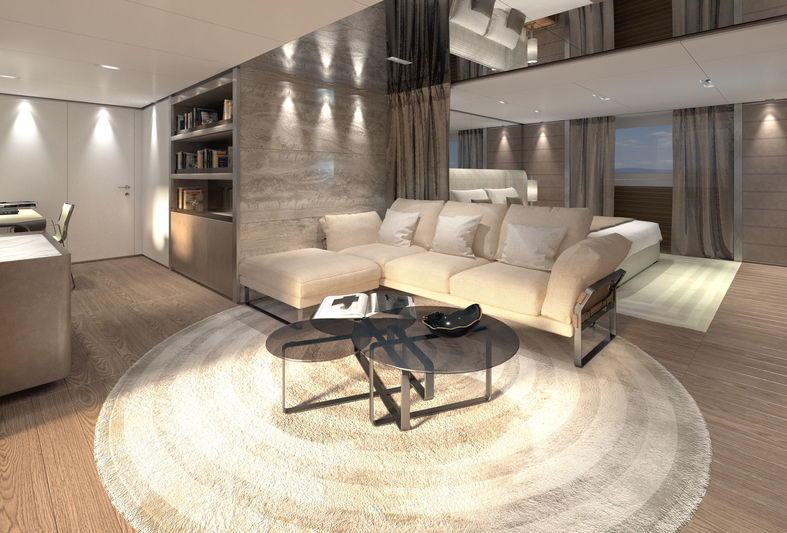 Photo: TankoaThe update on Elettra comes as Tankoa Yachts continues construction on hull #3 and hull #4 of its 50-metre series, sister-ship to Vertige.