The Dutch shipyard Van der Valk has released the first details on the 32-metre superyacht Jangada 2, which will be the largest yacht in the yard’s custom-series line to date. Featuring a raised pilothouse, the experienced owner and repeat client of the yard placed the order at the end of 2017 and is expecting delivery during the month of May 2019. 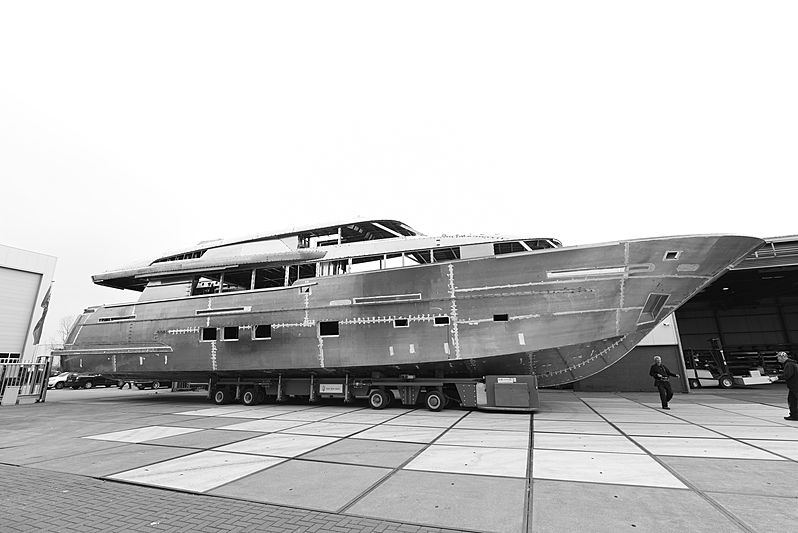 Photo: Van der Valk ShipyardDesigned in partnership with Nick Top and Guido de Groot, Jangada 2 has a wide range of bespoke elements to match the owner’s specific brief. Features include an outdoor dining area, smart wet bar and sunbathing space on the flybridge deck, as well as space for a tender, toys and a crane. The lazarette aft will have the capacity for two wave runners and double as a beach with a hydraulic platform. 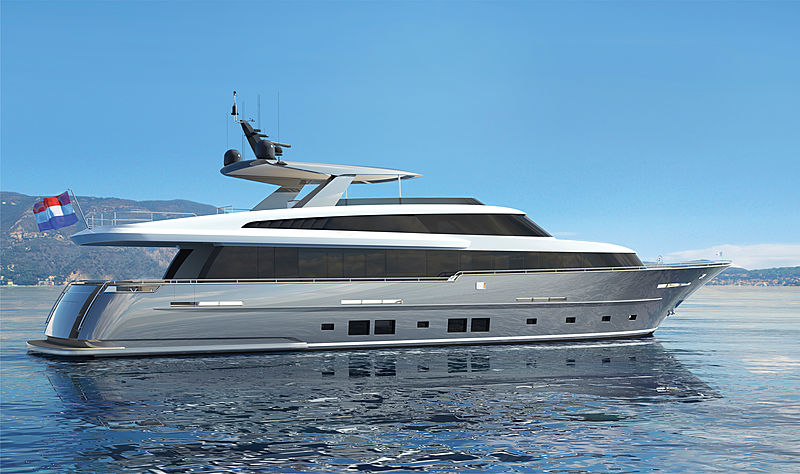 Photo: Van der Valk ShipyardUp to eight guests can be accommodated for onboard across four well-equipped staterooms including a main-deck VIP suite with en-suite bathroom and full-beam master suite and two additional cabins both located on the lower-deck. 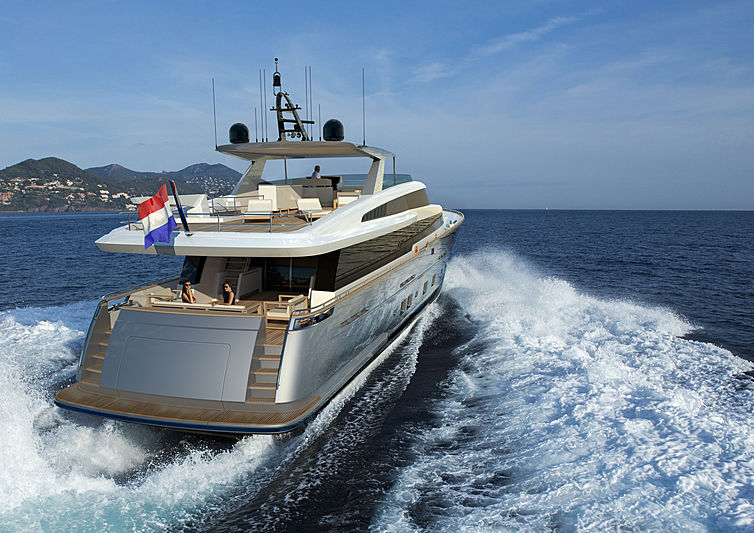 Photo: Van der Valk ShipyardThe four previous models of the series include the 27.21-metre The Next Episode (2014), the 24.99-metre Jangada (2015), the 26-metre Forum (2017) and the 26-metre Nicostasia (2018). “The different lengths of these all-aluminium beauties reflect the wide degree of choice which our Raised Pilothouse design offers owners,” says Van der Valk marketing manager Yoeri Bijker.

“This is enhanced by the fact that the yachts are built entirely in-house to the highest Dutch standards. Clients can go as large as 40-metres with this model or any other design in our state-of-the-art facilities. With our new Van der Valk BeachClub range also making waves in the market, the first of which will be launched in spring 2019, our yard is entering an exciting new phase of growth,” concluded Yoeri Bijker. 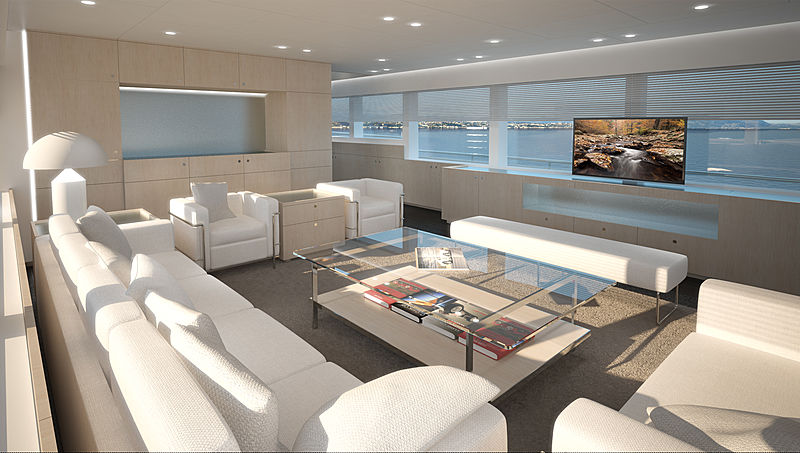 Photo: Van der Valk Shipyard“It was a real pleasure to work with such an experienced owner and create a very functional GA that meets his specific requirements. The yacht will carry more crew than their previous boats so together with the captain we paid significant attention to these accommodations. Lots of work also went into the spacious galley as we optimised the functional area under the raised pilothouse,” commented designer Guido de Groot.

Guido de Groot added: “In a similar vein, the bathroom of the VIP suite on the main deck can be closed off for use by guests during the day after swimming and the like without entering the bedroom itself. This kind of smart thinking typifies the genuinely bespoke nature of the project, which is an impressive achievement by the yard.  The owner visited several other top builders before electing for Van der Valk and no other yard could offer him such a tailor-made creation.” 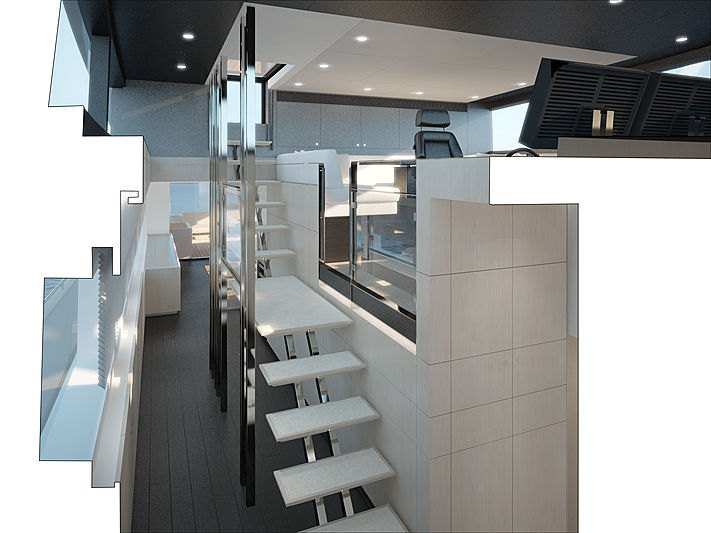 Photo: Van der Valk ShipyardWith fuel efficiency in mind, the hull of Jangada 2 features a bulbous bow and is fitted with a Van Oossanen Hull Vane fixed foil. Powered by twin MTU 12V2000 M96L engines, she can read a top speed of 23 knots and be kept steady by the VEEM 145 zero-speed gyroscopic stabilisers. 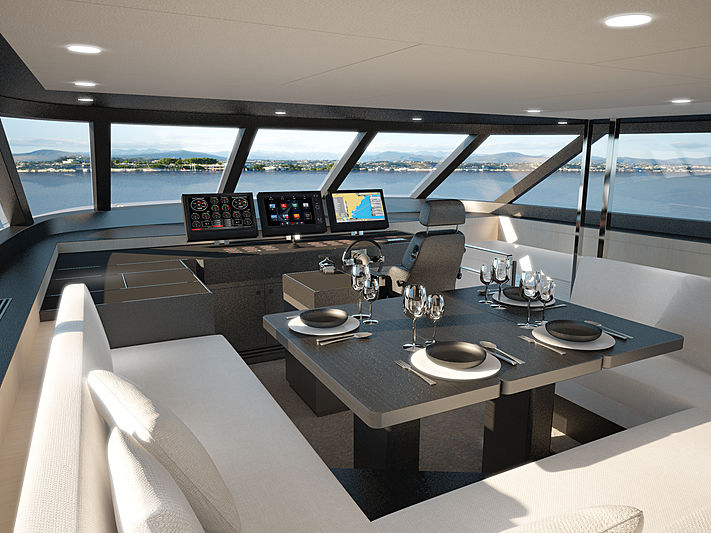