Photos and text by Maarten Janssen

Earlier this week, I visited Bloemsma Van Breemen in the Netherlands, who are close to completing the build of an exceptional 44-metre motoryacht. The yacht, which has a striking exterior from the boards of Pieter Beeldsnijder and first-class naval architecture by Vripack, has been at the yard for quite some time, as her original owner had to back out of the project midway through the build, leaving the project on hold for a couple of years. 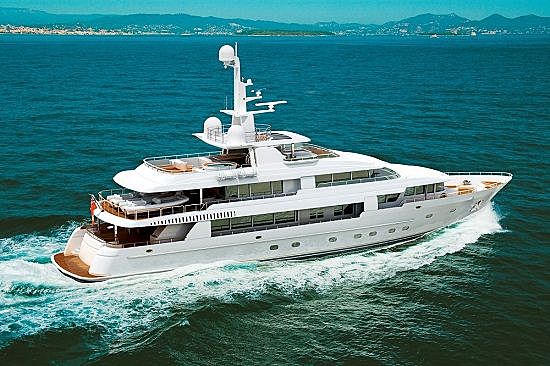 Now, with new investors in place, the yard restarted the project, and the yacht will be launched this June. Some small changes were made to her design, such as a redesign of the sundeck, a new office configuration in the master stateroom, and the redesign of a dumb waiter. Spaciousness however is is still at the heart of Pieter Beeldsnijder’s layout. From the large engine room on the lower deck to the owners’ quarters , which includes a lounge and terrace forward that will enable them to enjoy the pleasures of the al fresco life in private. 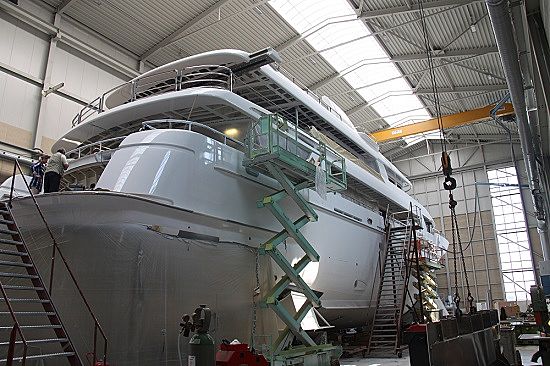 With the owners’ area placed in the traditional location of the wheelhouse, the latter has been located on a semi-raised forward section of the main deck. On the main deck also a good-sized captain’s cabin. The rest of this deck features a lounge, dining room and wheelhouse. 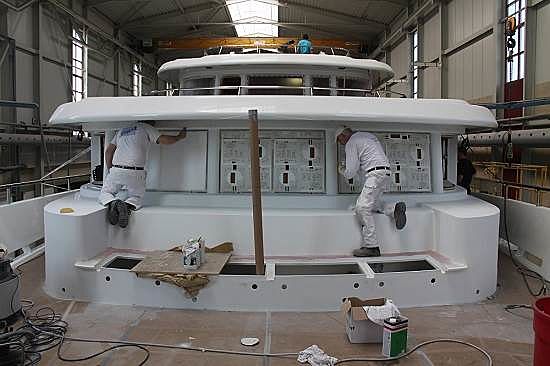 The lower deck contains four guest suites, four crew accommodations and a large lazarette which houses the jet skis and other watersport toys.