Earlier this month, I visited the Genoa based Tankoa shipyard, where I was shown around the 69 metre yacht currently under construction. 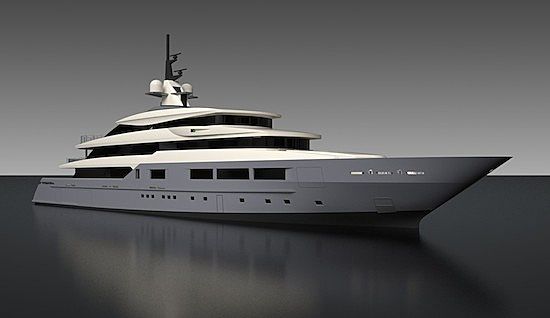 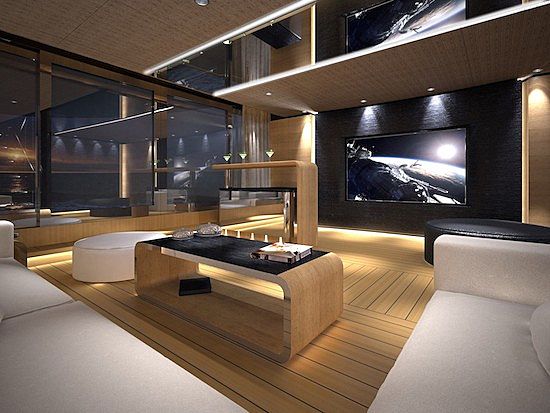 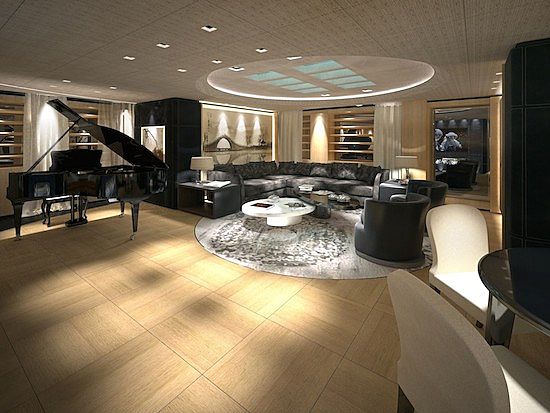 Tankoa shipyard announced the sale of this 69 metre superyacht Tankoa S693 in March 2014, and are on track for a successful July 2015 delivery. The yacht has been constructed and designed in collaboration between the shipyard and Yacht-Ology. She is designed by Francesco Paszkowski, with naval architecture by Professor Vincenzo Ruggiero. 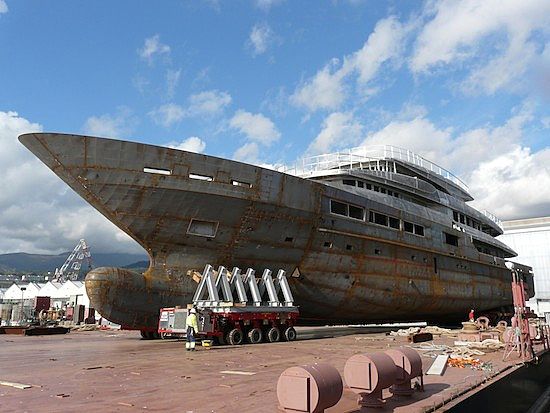 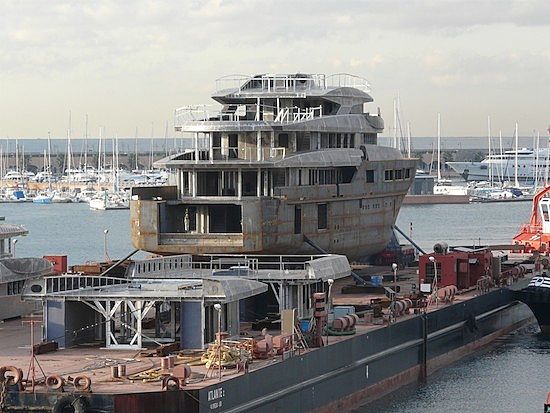 Metal work on the transom and superstructure of S693 has been completed and fairing is around 70% done. Her interior partitioning has also been completed, whilst the engine room and main piping are 80% completed. Leveling of the decks are well underway. 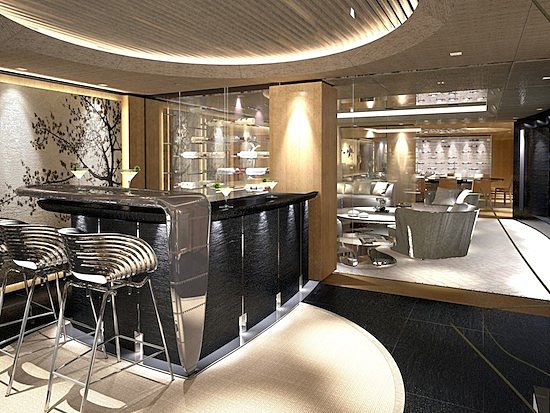 The yacht will accommodate her guests in 6 cabins in addition to a luxurious master suite with outstanding 180˚ views, study, private terrace and outdoor Jacuzzi. She boasts a wide range of special features on board, including an over-sized beach club with bar, sauna, cinema, upper deck saloon and sushi bar, glass bottom sun deck swimming pool with waterfall and wet bar. There is also a forward garage for up to 8 jet skis and a central tender garage for two 7.5 metre high performance tenders. 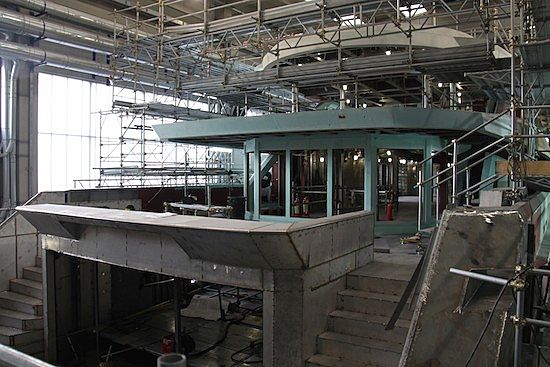 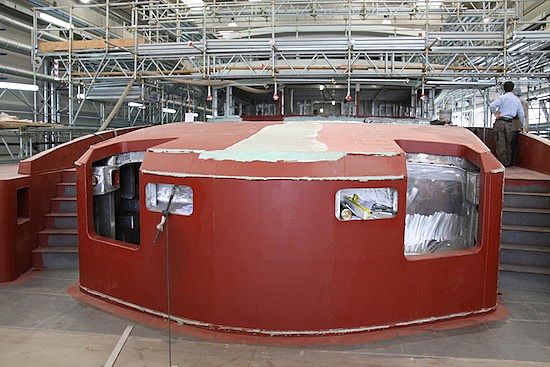 She will be capable to sail at a maximum speed of 16.5 knots with a cruising speed of 15 knots. Providing owners with an efficient, reliable and practical full displacement yacht, she will have a Gross Tonnage of 1300 plus. 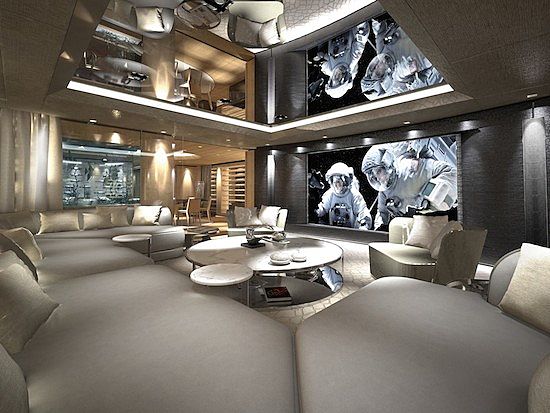 Yacht-Ology’s teams are working in conjunction with Tankoa's executives and Francesco Paszkowski on the next four projects that will be officially released to the market later this year, as well as building four new platforms. 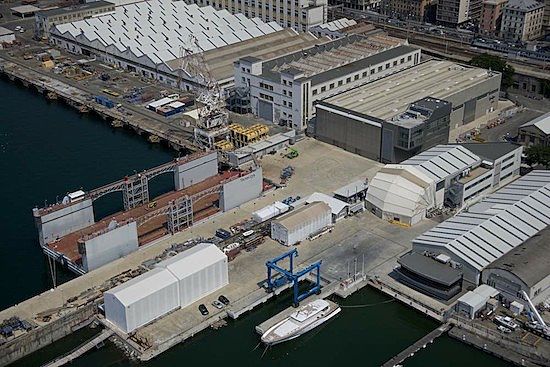 2008
After buying Baglietto in 1996 and re-selling it at the height of its success in 2004, the men behind this success story are looking to come back to the business with one goal in mind, rescheduling the entire philosophy of yacht construction to take it to whole different level.

They acquire a waterfront plot in the Port of Genova, putting the shipyard within easy reach from all over the world. 18,000 hours of brainstorming later, they start erecting an Italian shipyard geared towards producing exceptional quality yachts from 50 to 90 metres. They sign agreements with naval architect Professor Vincenzo Ruggiero and world famous designer Francesco Paszkowski to create the first two yachts.

Winter 2009
The hull and superstructures of the first two yachts that were laid up in Genova and Carrara arrive in the two 90 metre long by 20 metre wide new sheds. The shipyard self finances 100% of the investments and wishes to remain under the radar until the operation is fully up and running.

2011/2012
Tankoa, thanks to rock solid financial foundations, does not wish to enter the price war and cut corners in regards to building quality yachts, something in which the economical crisis pushed most shipyards to adopt since 2009. The two new yachts are put on hold and the technical office starts working on various new projects and refit works.

2012/2013
To face the increasing demand on large yacht refit and services, Tankoa acquires a 100 metre submersible floating dry dock with a 4,000 tons capacity. This acquisition fuels the demand for mega-yacht services and will be a strong asset when new build orders come in. Renzo Chelazzi, a well-known Viareggio born captain, joins Tankoa and heads the sales department attracting more and more refit work.

Early 2014
Tankoa joins forces with Michel Karsenti, Yacht-Ology's President, to handle commercial, product development and marketing efforts. Karsenti and the Tankoa Management immediately decide to carry on, on spec, the first construction of a 69.30 metre Tankoa under the construction code name S693. Francesco Paszkowski redesigns the yacht and creates a 69.30 metre modern-classic with outstanding specifications.

First Quarter 2014
The re-design of the first yacht has just been completed; Michel Karsenti signs an LOI for S693 that will be delivered Mid-July 2015.