As the over 55-metre fast displacement motor yacht project Phi starts to take shape, Royal Huisman has released an update and images of the new superyacht that was first announced last summer. Construction on the aluminium hull of project Phi began in mid-February 2019 at the Royal Huisman Vollenhove shipyard, with hull turning scheduled for summer 2019.

Project management is overseen by Guy Booth and Kirill Ivanenko, who also act as the owner's representatives. Guided by the captain of the experienced owner’s previous yacht, project Phi is to feature a bespoke and highly detailed exterior with numerous technically innovative features. 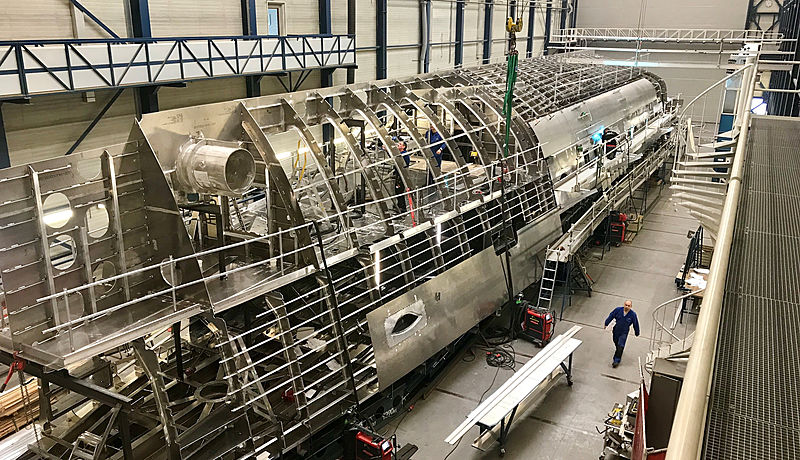 Photo: Royal Huisman ShipyardThe hull lines, based on the Van Oossanen Naval Architects distinct Fast-Displacement XL® concept, allows project Phi to remain within the sub-500GT category. Her exterior will feature the design work of Cor D. Rover whereas her interiors will be designed by Lawson Robb, although further information regarding her definitive design is yet to be announced.

Designed to accommodate her two owners and up to 10 guests, along with 11 crew members, Phi will feature ample outer deck space that will be complemented by ‘the other Phi’: the Golden Ratio inspired idea that follows the flow of shapes and dimensions pertaining to the natural world.

Phi’s intricate hull design and strikingly narrow beam will enable this high-performance vessel to cruise at a maximum speed of approximately 22 knots. Phi is due to be delivered in 2021.