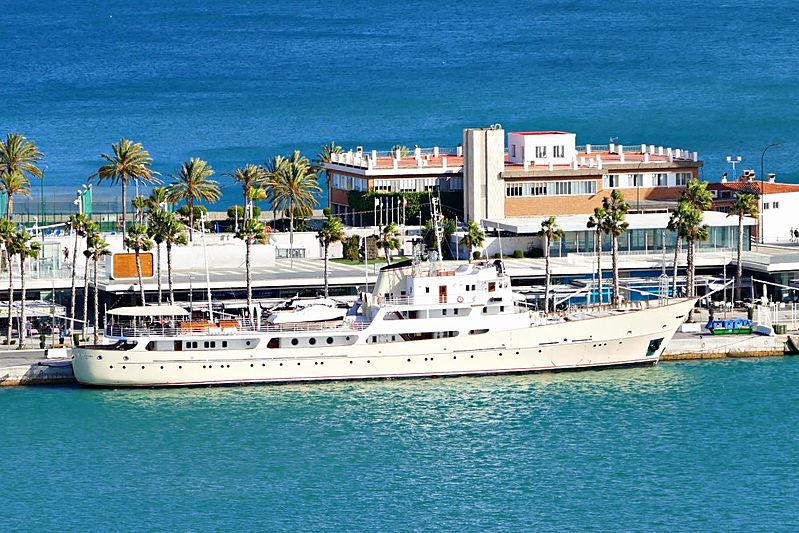 The 65m Georgi Dimitrov-built vessel has a colourful history that dates back to her origins in 1962. She was originally built as a passenger ferry to carry goods and people between the ports of Odessa, Sevastopol, Istanbul and Yalta. In 1970 the vessel posed a valuable asset to the USSR and was sent to serve as part of a 12 vessel fleet, serving in secret spy missions in the Atlantic Ocean region. Following the fall of the Soviet Union,Aji Petrireturned to her role as a passenger ferry between Istanbul and Yalta. It was in 2007 that the La Sultana Group purchased her and transformed the vessel into the luxury charter vessel that she is today.La Sultana now accommodates 12 guests across her 7 en suite cabins, and offers guests an array of fun watersport activities. She is currently spending time on the Costa Del Sol in the Spanish port of Malaga.