An exceptional turn-out beneath blue skies ensured the 11th edition of Monaco Classic Week, organised in collaboration with Credit Suisse and Paul and Shark, will long be remembered as a total success. Creole, helmed by Allegra Gucci, received the Monaco Classic Week Trophy for her return to racing in the Principality after a 20-year absence. 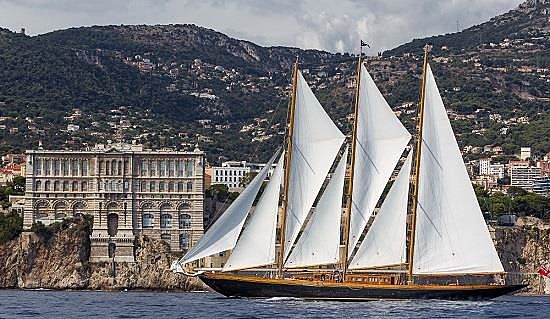 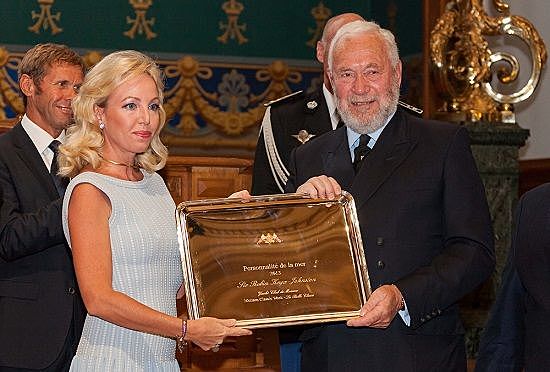 The organisers were also delighted to welcome Guo Chuan, the Chinese sailor who recently set a solo round the world record of 137 days on a 12-metre boat. He had the privilege of discovering the art of classic sailing aboard the Yacht Club de Monaco’s flagship Tuiga. 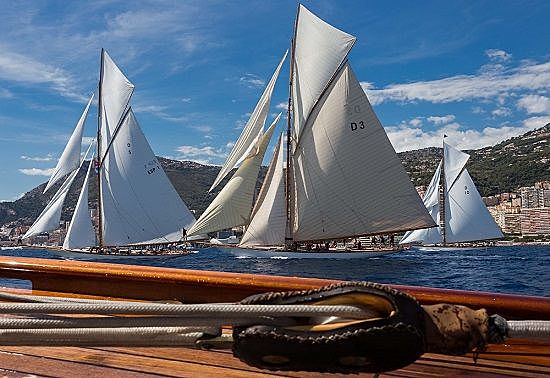 The harbour has never looked more beautiful as nearly 60 sailing yachts filled the port, spilling out onto the sea to race each day during a truly classic Monaco Classic Week. While the four 15M IRs always pull in the crowds, this year the star of the regatta was without a doubt the ‘Big Boats’, as the 30-metre-plus class was called in England in the early 20th century. On the starting line, these graceful giants produced a rare combative spectacle, neck and neck without incident thanks to the skill of their helmsmen. Creole, launched in 1927 and who historians consider to be Charles Nicholson’s masterpiece, was restored to her former glory some years ago thanks to Maurizio Gucci. One can just imagine the emotions felt by his daughter Allegra on receiving the Monaco Classic Week Trophy, and that of the crew on Palynodie II, the Stephens design built for Gaston Deferre in 1962, an impeccable second in the Marconi Classic category.

Around the solid values of boats like Nan of Fife, on the podium in her class and also winner of the Best Restoration Prize, newcomers with an impressive pedigree emerged, such as the Fife Caron II the Herreshoff Chinook, the Sangermani Bufeo Bianco and Stephens’ Skylark, launched in 1937 and beautifully restored. If there were a sympathy prize it would go to the Monegasque team on Apache and the all-female crew on Artemis, victim of a very odd right of way refusal. And then it was love at first sight for the Marseille houari Alcyon, racing in Monaco for the first time, as her ancestor did in the 1880s. 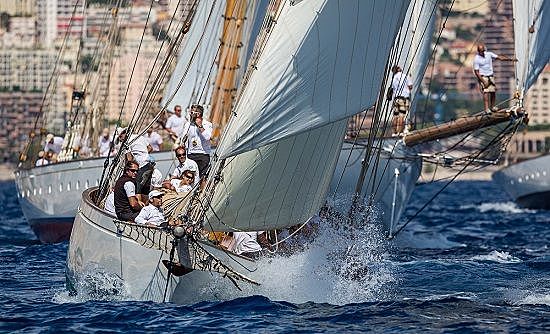 The four 15M IRs in their third battle of the season saw victory go to The Lady Anne. The crew, skippered by Paul Goss also won the Elegance Parade, having put on a superb show by firing an old canon as she past the jury and its president Princess Beatriz de Orleans-Borbon. A little miracle occurred on Friday evening: Hispania had snapped her top mast going round the mark. Tuiga made available what she had in reserve, and the carpenter who looks after her rigging, Gilbert Pasqui, hot-footed it over from Villefranche and worked most of the night on it, with the result that Hispania was ready to take the start on the Saturday morning. Note that the last stage of the `15 Meter Class Association Annual Trophy` will take place on 19 to 21 September during the Portofino Rolex Trophy. 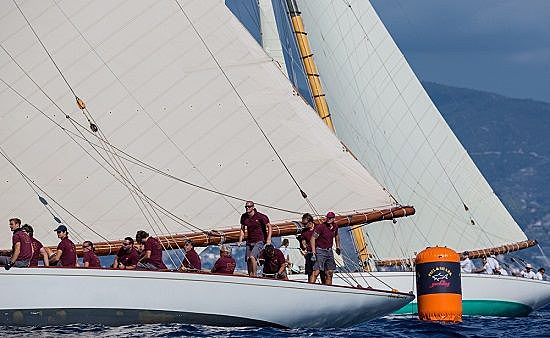 In total there were 29 of these little gems, ‘classic’ wooden ones and the ‘moderns’ racing here for the first time in Monaco. Sometimes rather distracted by the beautiful 15M IRs so close by, the helmsmen needed all their skills to extricate themselves from everything going on around them in the light wind and swell. Once in the water, these 3.6m sea dragonflies appeared to lift their noses, impressed by the towering urban landscape. The classics more than lived up to their reputation, clinching 2nd, 3rd and 4th places.

Guo Chuan left Qingdao port, returning 137 days and 20 hours later a hero, welcomed by thousands of people - yes, Guo Chuan is the first Chinese sailor to pursue and succeed in setting a solo round the world record. Invited to Monaco Classic Week, he discovered the joys of traditional yachting first on Alcyon and then Tuiga: "I didn’t know anything about classic boats. I have been amazed by these two yachts and the skills required by the crew to manoeuvre them, and seeing 60 of these beauties on the water. It was an unforgettable experience!" 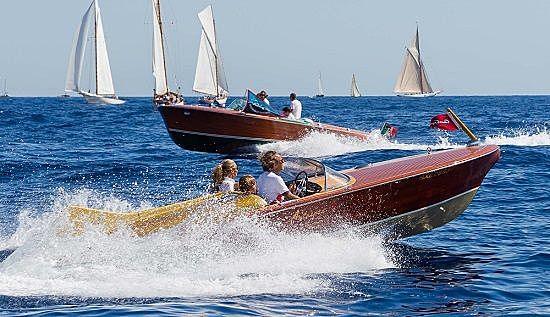 This year there were no less than 37 motorboats, including at least 20 Rivas, Chris-Crafts, two Albatros and single or twin engine boats, all competing in the manoeuvrability competition, won by last year’s winner, the Riva Super Florida Susanna. The traditional and always picturesque whistle competition was won by the steam-yacht Lagavullin. Chefs’ Competition with Alain Ducasse as jury president 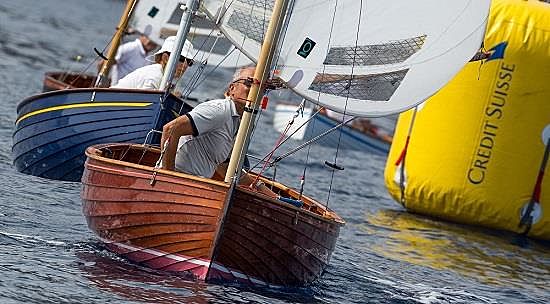 Chef Juan Munoz from Creole was the winner and received an invitation for two to dine at Alain Ducasse’s Louis XV restaurant in the Hôtel de Paris. Christian Garcia, Head Chef at the Prince’s Palace was full of admiration for the quality of the presentation and skills on show: "It was a very difficult decision to make, in view of the different sizes of boats and their galleys but that’s what makes this competition interesting. It’s good the theme of the dish was one that all are able to produce, so they have an equal chance of winning". 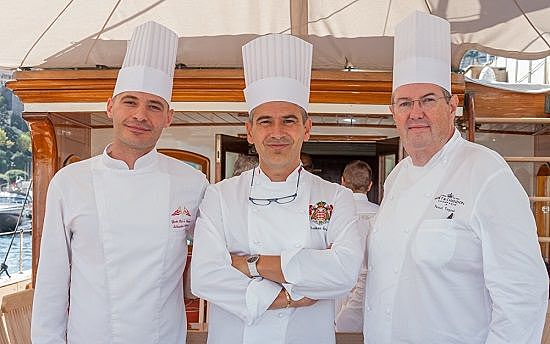 New for this edition was the cocktail competition, judged by the same jury, which attracted nine entrants and was won by Pacha III. Important to note that Alain Ducasse offers a specific course in culinary arts for chefs on yachts at his training centre. Courses include themed cuisine and pâtisserie, based on quality produce, innovation and technique. There is a limited intake for each course.