Canadian shipyard Crescent Custom Yachts recently moved its 43 metre Crescent 145 superyacht out from under cover for the first time since construction on the project was restarted at the end of last year following the announcement that the shipyard was acquired by original founder Jack Charles’ grandson, Tim Charles. 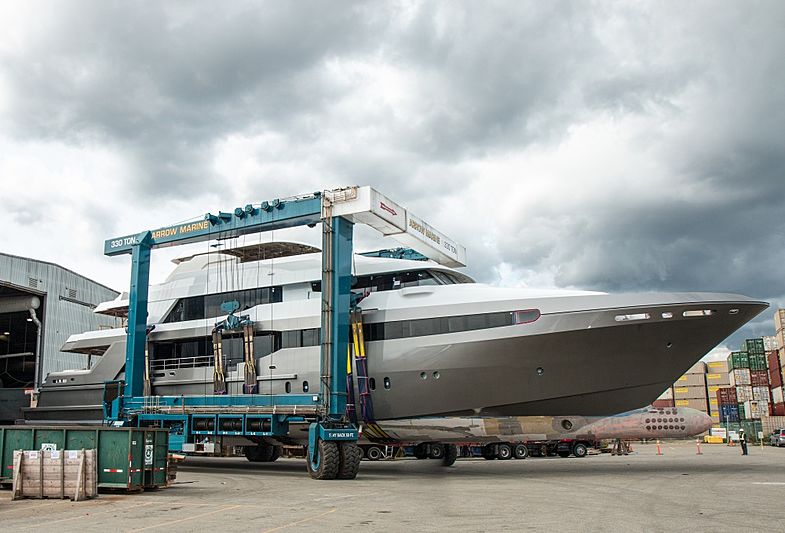 The full-fibreglass yacht is built according to Lloyd class standards to a design by Jonathan Quinn Barnett with naval architecture by Jack Sarin. She provitides accommodation for up to ten guests over five staterooms, as well as space for up to nine crew members.

Crescent Yachts reports that the official launching will only take place in August this year, after which the yacht will be delivered to her American owner.