A grand celebration took place today at the CRN Shipyard, as the Ancona shipyard held a new launching: Emerald Star, the first 43-metre hull of a new displacement line made of composite materials, took to the water in the presence of the shipowner and more than 350 shipyard employees, to whom the festive day was dedicated. 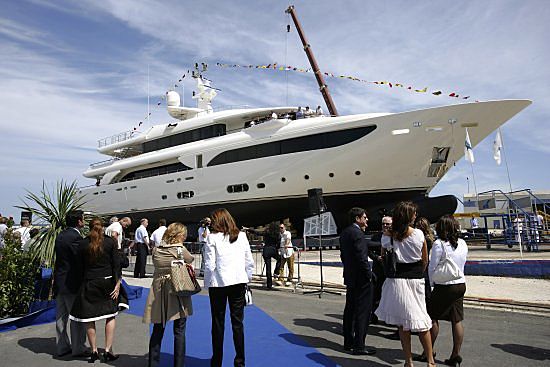 It was an extraordinary event for the shipyard and for the entire Ferretti Group, representing the crowning moment of a period in which this new line has also enjoyed great commercial success, already registering the sale of 6 hulls.

On hand at the prestigious event were the Chief Executive Officer of the Ferretti Group, Vincenzo Cannatelli, as well as the President of the CRN, Lamberto Tacoli, and the Managing Director of the shipyard, Gennaro Candida De Matteo. “I wish to thank all the staff members who have contributed over the years to the success of this project – emphasised Lamberto Tacoli – and special thanks go to our client and friend, who has grown with us, building increasingly impressive boats”. 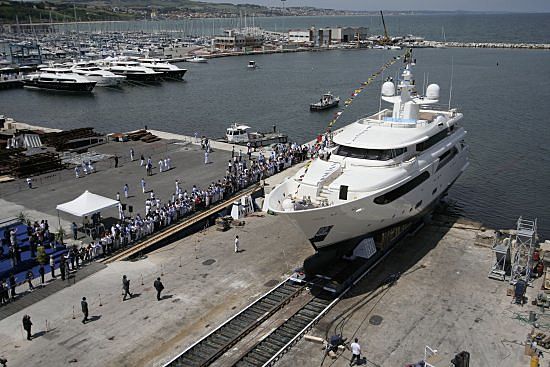 Following the opening remarks by Vincenzo Cannatelli and Gennaro Candida De Matteo, the exquisite ceremony got underway with a blessing from the local parish priest and the traditional breaking of the bottle. At that point, Emerald Star elegantly entered the water, to the stirring notes of “Con te partirò”, accompanied by the applause of the thrilled onlookers. The exciting launch ceremony was followed by an elegant buffet on the shipyard’s private wharf, meant for all the employees, and especially those engaged in the construction of the vessels.

Outfitted with three decks and a bulbous hull, the Emerald Star is a mega-yacht with a unique external layout and a skilful arrangement of its internal spaces, designed in collaboration with the technical staff of the CRN and the Zuccon International Project firm. 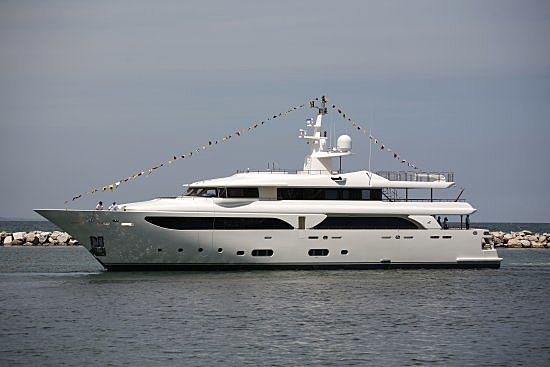 The first vessel made of composite materials to be fully constructed at the Ancona facility, the CRN 43 sets itself apart with her major volumes and extensive open-air zones, such as the covered well areas of the main deck and the upper deck, lodged in openings in the majestic white hull. A perfect home for long cruises, the new composite queen can easily hold 10 passengers and 9 crew members, navigating in flawless comfort at a maximum speed of 15.5 knots and a cruising speed of 13 knots.

The next big event is in September, at the upcoming Cannes Boat Show, where the Emerald Star will make its world debut.