CRN is proud to announce another launch following the spectacular 60-metre MS event just over a month ago. On Saturday the 18th October, during a private ceremony for the owner, his guests and the shipyard staff, CRN launched Rubeccan. She is a splendid 43-metre displacement maxi-yacht and the third hull to be completed in the highly successful CRN 43 composite line of vessels. 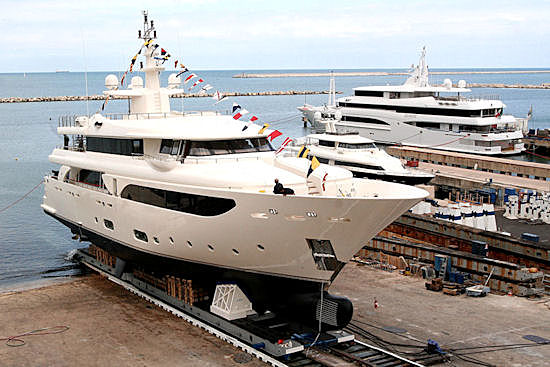 The Rubeccan, whose name was created by combining those of the owner’s two children, sets itself apart with its impressive volume and extensive open-deck spaces. At a length of 43 metres and a width of 8.6 metres, the yacht can easily accommodate 10 passengers and 9 crew members, navigating in complete comfort at a top speed of 15.5 knots and a cruising speed of 13 knots.

Rubeccan was designed in a joint effort between the technical staff of CRN and the Zuccon International Project Firm. The yacht’s distinctive interior was created by the shipyard’s design office to meet the needs of the owner. 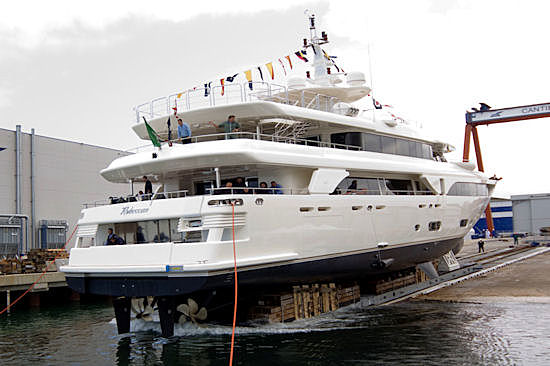 A number of the features most admired by the owners of other CRN ships can also be found on Rubeccan, including the Technogym workout room, the sauna in the stern of the lower deck and a fitness and wellness area. Another feature is the balcony off the owner’s suite, outfitted with comfortable armchairs and a coffee table, which makes for an exclusive breakfast on the sea.