Maraya, a splendid 54 meter megayacht, slid into the water on the 8th of September, with more than 1000 people attending the stirring ceremony. The owner, who hails from the Middle East, attended the launching together with his family and friends, as well as the entire staff of the CRN and the Ferretti Group. 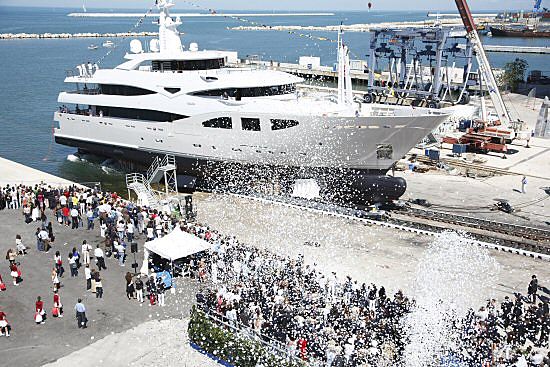 The ceremony, which began with a march played by the Ancona Municipal Band, continued with words from CRN President Lamberto Tacoli. “I want to thank all the staff members who took part in this project for their excellent teamwork, of which we are exceedingly proud. Starting tomorrow, Maraya will be afloat, as we move on to new challenges and new launchings. I also wish to thank the owner and his family, from the bottom of my heart, for having joined us in celebrating the birth of what will always be their ship, though we feel attached to it too”. 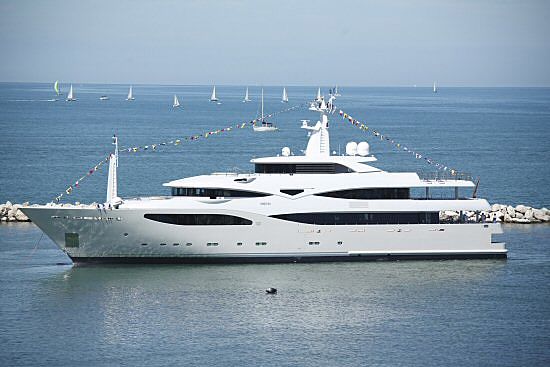 The ceremony culminated with the traditional breaking of the bottle, accompanied by the Italian National Anthem. Next Maraya elegantly slipped into the water, to the stirring notes of “Nessun Dorma” from Giacomo Puccini’s Turandot, recorded by the late Luciano Pavarotti and accompanied by a burst of white confetti in the blue sky. The spectacular event was followed by an exclusive cocktail party on the shipyard’s private dock.