Scheduled to be launched in just under a month’s time, Italian shipyard CRN has announced that their latest 74-metre project, the CRN 131, has been moved out of the yard’s shed in Ancona. Featuring exterior design by Zuccon International Project and interior design from Winch Design, she is scheduled for delivery in 2017. 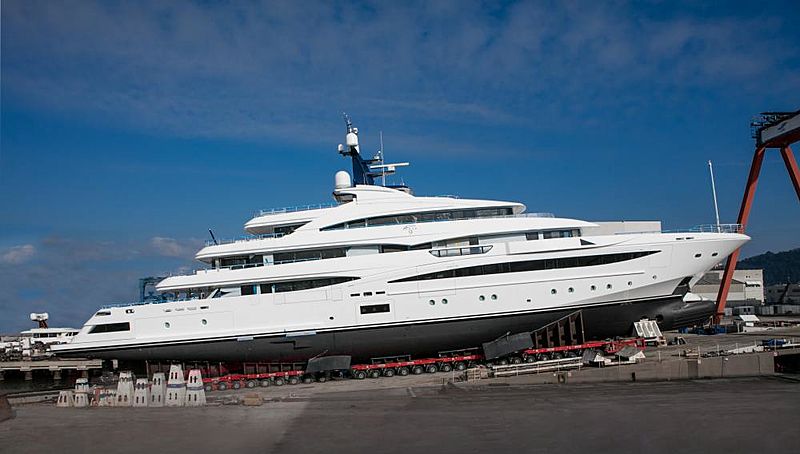 The CRN team comment: “Using engine-powered hydraulic lift trucks, the yacht was positioned on the slipway, the ramp where over the next few weeks the pre-launch operations will be completed. Moving a vessel of this size is always a complex and spectacular operation, which requires the involvement and skills of the all the shipyard workers.”

In addition to the 74-metre superyacht, three more vessels are currently under construction at the Ancona shipyard: the 79-metre CRN 135, 50-metre CRN Superconero, and the 62-metre CRN 137.