As the market is constantly introduced to new so-called explorer yachts claiming to be able to take on the seven seas better than any yacht, the 40 metre superyacht CV-9 built by Delta Marine in 1995 reminds us that these voyages can be undertaken in virtually any ocean going vessel. Over the past eight years this full GRP yacht has logged over 138,000 nm in some of the most treacherous waters of our oceans, proving that ocean exploring comes down to the size of the owner’s balls, and not necessarily the ‘explorer’ marketing tag that comes with the yacht. 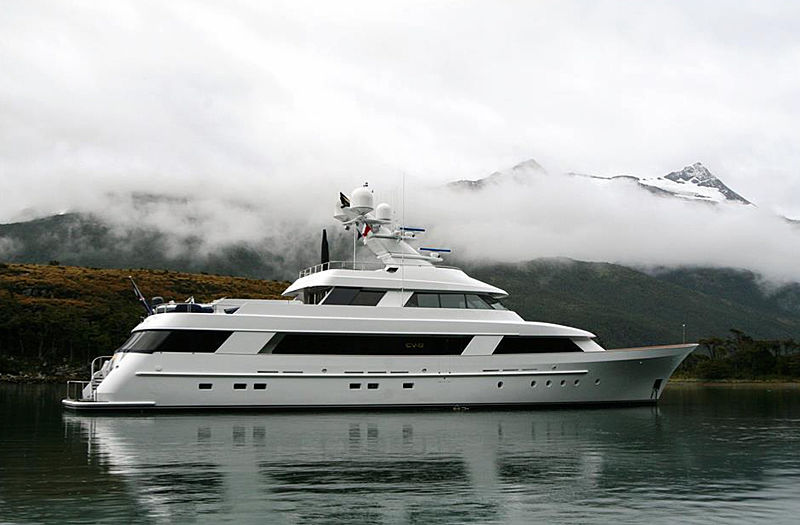 Following an extensive family holiday around the non-superyacht friendly waters of Brazil, CV-9 rounded Cape Horn in 2009 where she cruised the west coasts of South and North America from Chile all the way up to Vancouver Island. A quick stop at the Delta shipyard saw her have new generators and switchboard installed. 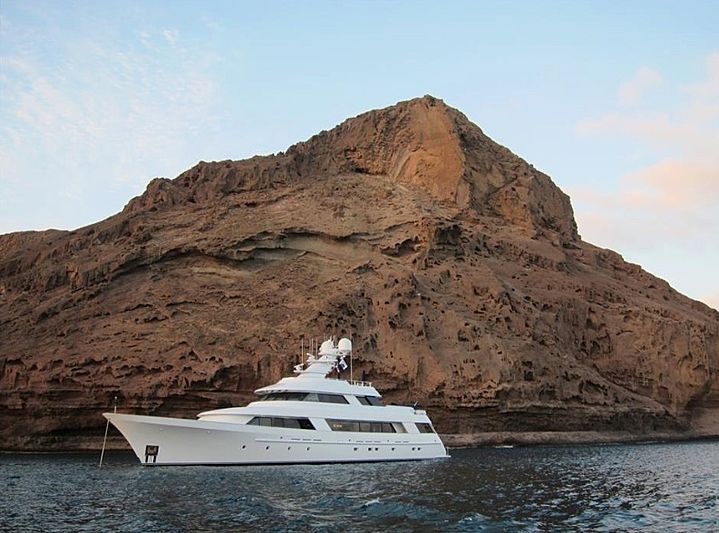 From here she crossed the Pacific to reach Fiji later that same year. The voyage involved having to weather the famous Cyclone Mick with sustained wind speeds in excess of 110 knots. The following two years had CV-9 cruise in calmer waters when she visited the Great Barrier Reef and Bali to live out the owner’s passion for diving. During this period interim trips to New Zealand and Vanuatu were made. 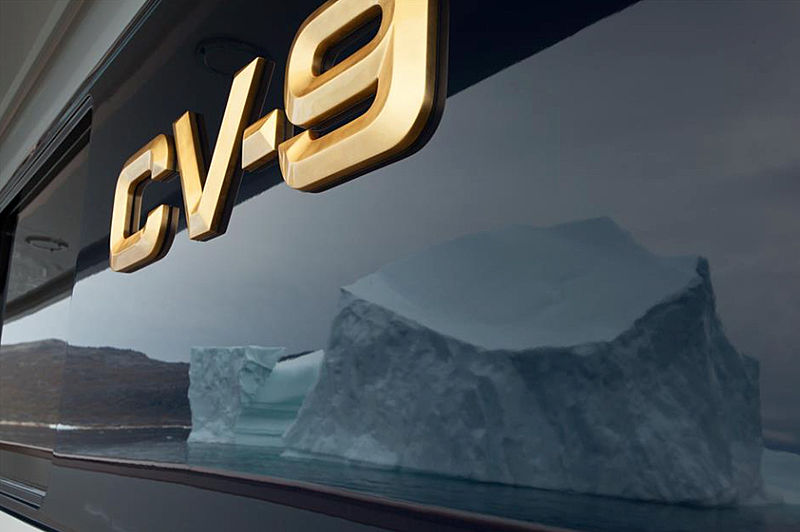 In 2012 the yacht stopped off in French Polynesia and Sydney before heading back east to the Galapagos, Alaska and eventually stopping at Delta Marine in 2013. The next six months were spent extensively refitting the yacht with works including heavy engineering upgrades, replacing interior soft covering and a full re-spray if the exterior in a $3,500,000 project. 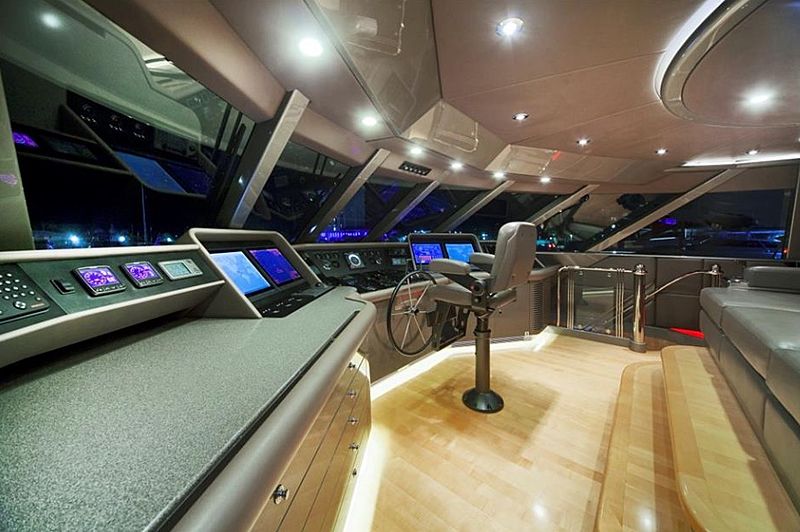 After avoiding the Mediterranean up till now her owners decided to send CV-9 to Gibraltar, first stopping in California and Panama before crossing to reach Italy, Croatia and Montenegro in 2014. 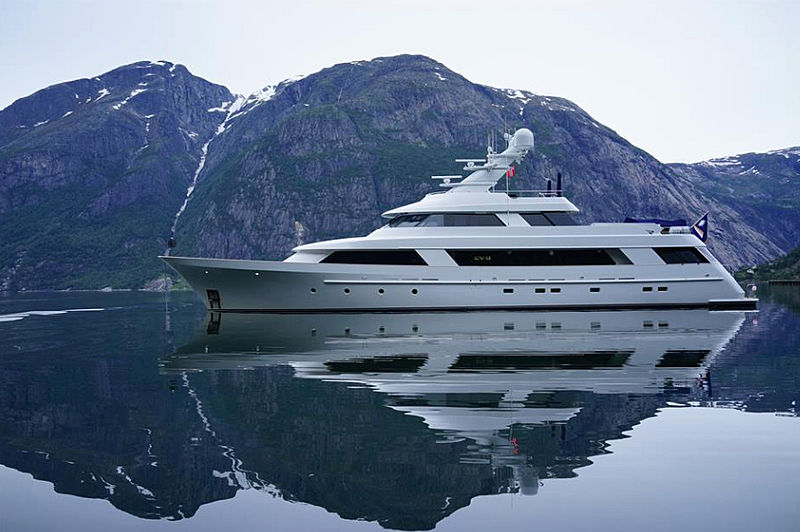 In 2015 CV-9 undertook yet another daunting trip when she departed Spain to cruise north to Norway from where she crossed the Arctic Circle to reach New England via Iceland and Greenland. The first six months of this year too has been a busy period for CV-9 having visited the Florida Keys, the Bahamas, Guadalupe and back up to New England and Newfoundland. 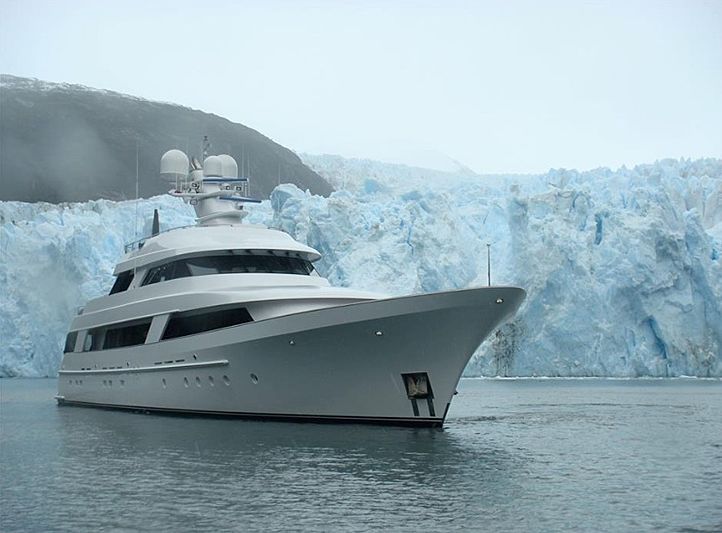 CV-9features exterior and interior design by Glade Johnson and sleeps 10 guests in 1 master, 2 double and 2 twin cabins. Powered by twin 750hp Caterpillar 3508b engines,CV-9can achieve a top speed of 14 knots and cruises at 12 knots. 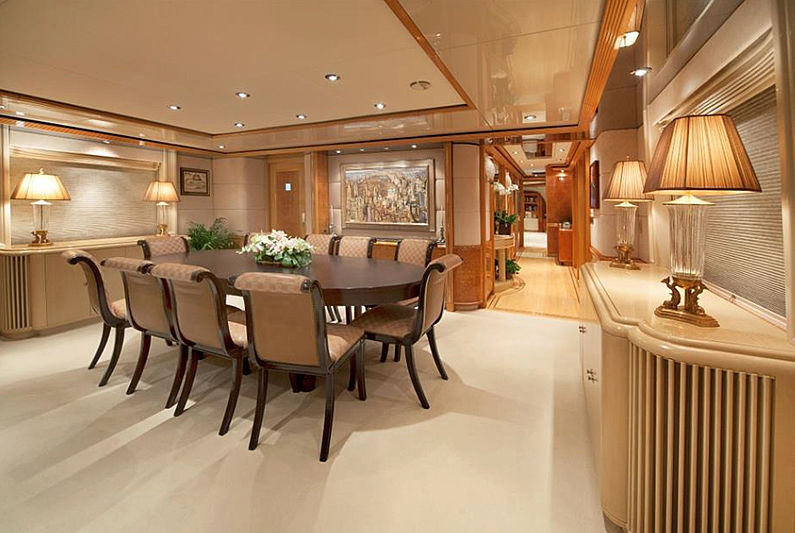 CV-9 is now ready for a new adventure with a new owner set to carry on exploring and venturing into the unknown. For more information, contact Josh Gulbranson of Fraser Yachts at +1 954 629 7435 or at [email protected].