Revealed to the industry in March 2015 by the Ferretti Group, Custom Line has announced that the first Navetta 37superyacht was launched from their facilities in La Spezia last week. Measuring 37.04 metres, she was born from a close cooperation between Ferretti Group’s Product Strategy Committee, the Research and Development department, and Studio Zuccon International Project. She is the largest Navetta vessel to be built by the yard to date, and is set to make her debut to the industry at the Cannes Yachting Festival in September. 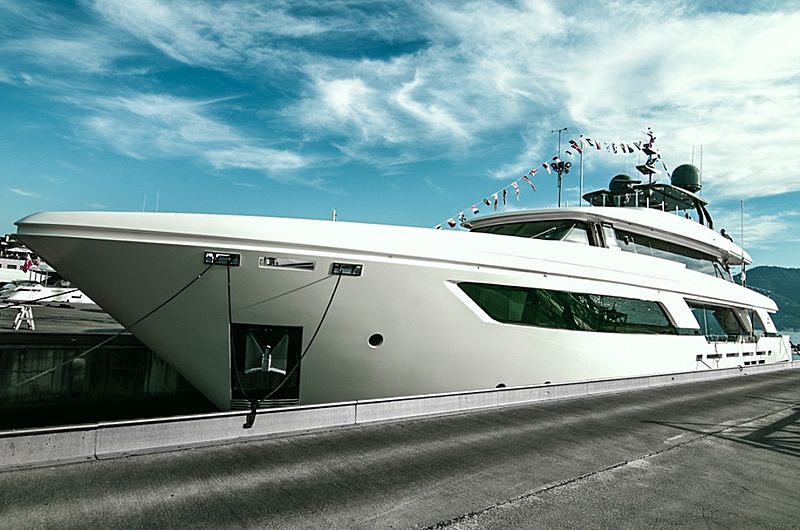 Stefano de Vivo, Chief Commercial Officer of the Ferretti Group, comments, “Launching a new maxi yacht is always an exciting achievement for the whole Group. This particular launch makes us feel very proud because it is the new flagship in the semi-displacement series, the biggest ever built by Custom Line. It has been a major challenge for the shipyard and for all those who have been engaged in the creation of this majestic jewel in the crown.”

The launch of the new Navetta 37 coincides with the 20th anniversary of the company, on which De Vivo comments, “Without a doubt, it is the most beautiful gift made to yacht lovers worldwide by Custom Line in 2016, the year of its twentieth anniversary celebrations, which this yacht will make even more memorable.”

After her official debut in Cannes, the new Navetta 37 will head to the Monaco Yacht Show. The brand reports the Navetta 37 line an immediate success, with three units sold before its launch to a European client and two clients from the Middle East, the latter of which are currently under construction in Italy.