Axel Douqué of the Ocean Independence Zurich office has announced a € 300,000 price reduction to superyacht Ulyssia, now asking € 4,200,000. The luxury motor yacht was built by Custom Line as the 7th hull in their successful Navetta 26 series. 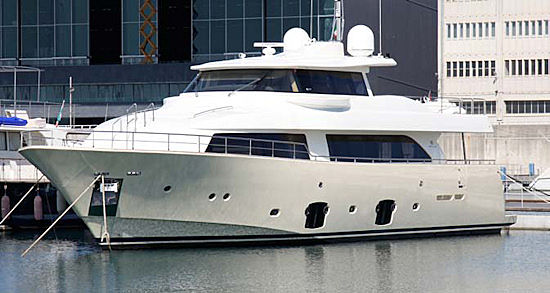 Designed by Zuccon International Project, Ulyssia is powered by twin 1,100hp MAN engines, can reach a top speed of 15 knots and cruises at 14 knots.

The yacht’s broker, Axel Douqué, tells us that the owner is keen to sell the yacht as he would like to move on to his next superyacht. Ulyssia is based in Budva, Montenegro. The superyacht is built to RINA class and MCA compliant.