17 Sailing yachts, including 12 super yachts up to 42 meters in size, met from 7-10 June 2012 at the 25 th running of the Club Yachting Life Regatta (CYLI) hosted by dahm international. The Monaco based brokerage company is the only one in the world to host such a yearly sailing event for its clients. 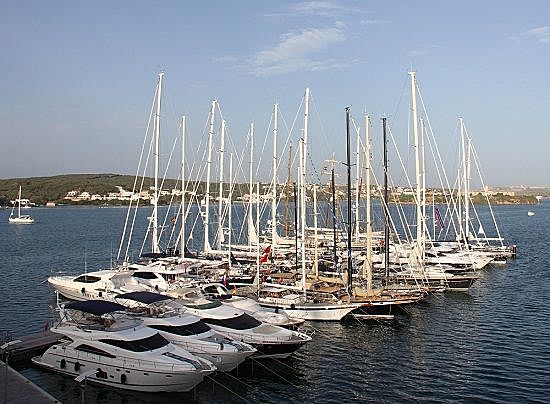 This year, Marina Mahon was the starting point for an island circumnavigation including an exciting regatta competition from Fornells back to the Marina. During the land-based social program, 120 participants enjoyed their get-together – yacht owners with friends, families, their captains and crews. 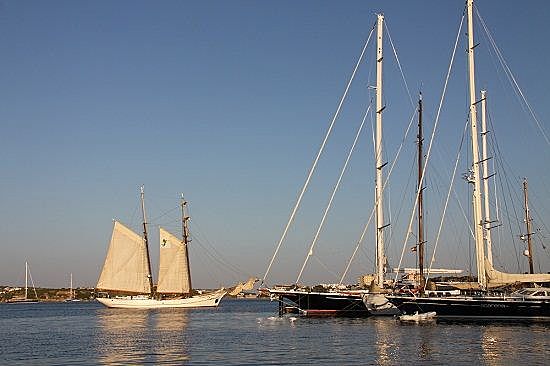 On Thursday evening, Herbert Dahm, his team and the sponsors first welcomed all guests for a Welcome Reception in the members’ lounge & terrace of Club Maritimo de Mahon, the local yacht club, which offered a stunning view on the impressive CYLI fleet berthed in Marina Mahon’s Quai E. 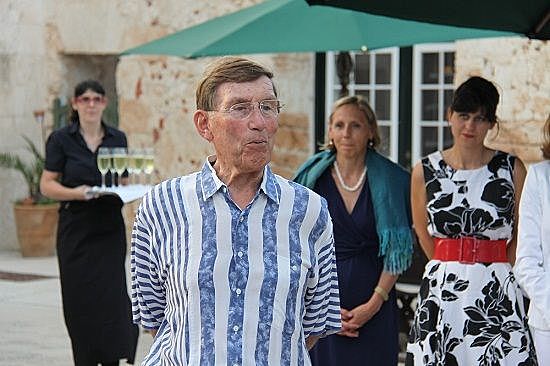 While guests and crews spent a pleasant evening at leisure afterwards, the owners enjoyed an intimate Owner’s Dinner at the enchanted Finca Hotel “Alcaufar Vell” near St. Lluis with first class cuisine under the starlight. 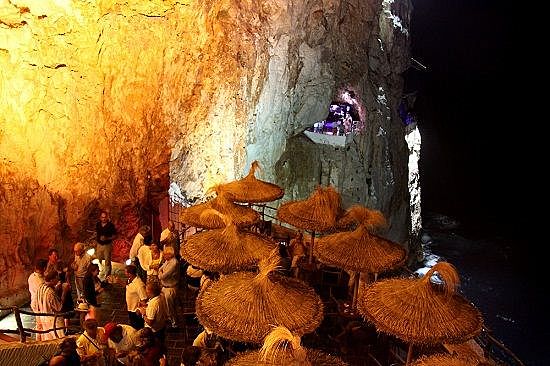 Everyone rejoined later that night for the Crew Party at the legendary “Cova d’en Xoroi”. This truly spectacular cliff cavern was the ideal location to celebrate and dance while enjoying “Gin Pomadas”, a typical Minorquin drink, and contemplating the spell of the moon. 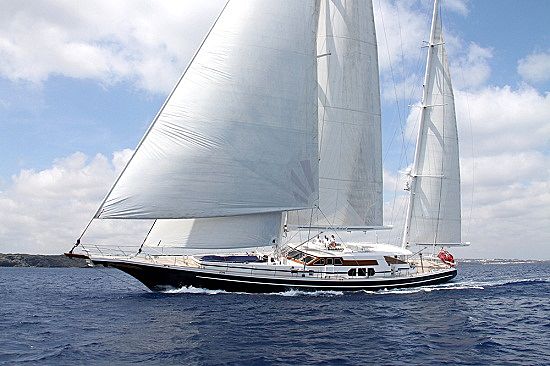 The following Friday morning, after the initial Captain’s Briefing, everyone was eager to set sail around the island. Spectators along the waterfront witnessed 17 of the finest sailing yachts, mainly Jongert builds, leave the beautiful bay of Mahon, one of Europe’s largest natural harbours. The “Warm Up Cruising Leg” to Cala Macarella was accompanied by a mix of sun, clouds and changing but stable winds. Final destination for that day was Cala Macarella, Minorca’s loveliest beach bay; as it can only be accessed from the sea or by a 15 minute walk through rough landscape, mass tourism is yet no problem here. 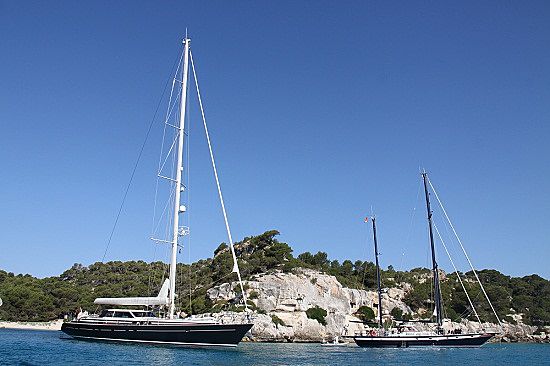 After spending an enjoyable afternoon at anchor, sunbathing on the beach and a refreshing bath in the Mediterranean Sea, all participants met again in the evening at Cala Macarella’s only beach bar, the small “Chiringuito Susy”. 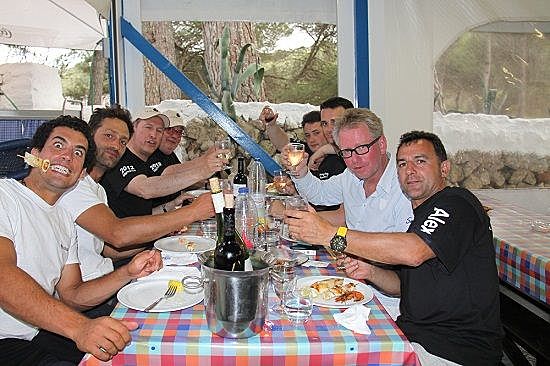 The cosy place right at the beach is run by a Spanish family of seven siblings who dished up huge plates of delicious fresh fish and sea food, grilled meat and vegetables, salad and other culinary delights for a perfect Beach Picnic. The sounds of laughter, guitar music and song could be heard until the late hours of the night. 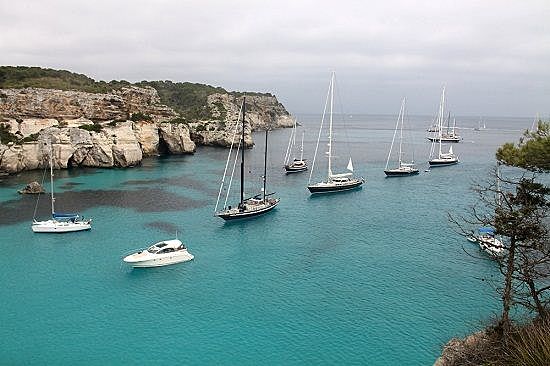 After a rocky night at anchor, Saturday greeted all participants with a stunning sunrise over a mirror flat sea for the scheduled Fun Race with Treasure Hunt to Fornells. The rules were quite simple: The first to arrive in Fornells without using the engine, find the CYLI flag and capture the trophy would be declared winner. 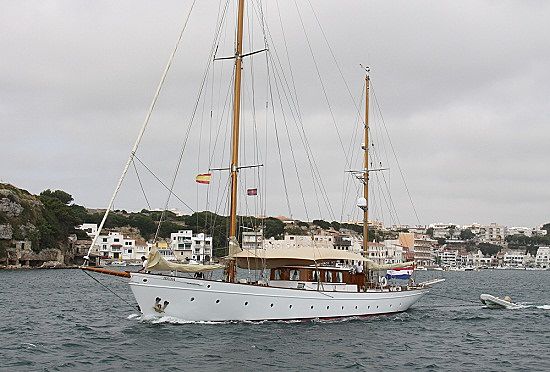 Unfortunately, hardly any wind at all made this plan an almost impossible mission. However, the crews didn’t let that rain on their parade. While some decided halfway to give up and motorsail, a few ambitious diehards stuck to their sails. Eventually, they had to quit their noble attempt, too, to reach Fornells on time for the evening entertainment. The last brave yacht to start up their engine was the 17.37m Spanish Agarimo IV. 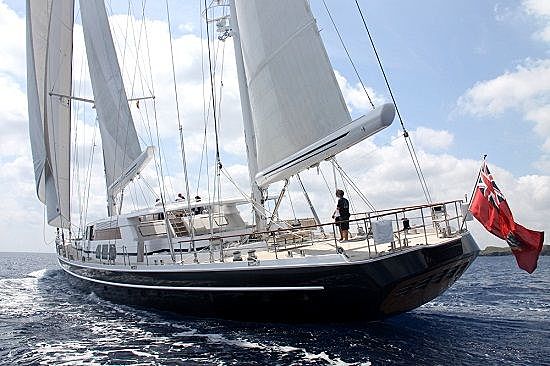 In the end, everyone arrived happy and sound in Fornells and the Fun Race Trophy was instead handed over to the “furthest travelled participant” and a regular guest at every CYLI regatta for years, to the Austrian owner of Black Molly II, who came all the way from Hong Kong to join the event. Extra honors in the shape of Champagne bottle were distributed to Agarimo IV for standing their grounds and to the captain/owner of the 42m schooner Sir Robert who directed the race and marked the Fun Race start line with his Baltimore Clipper. 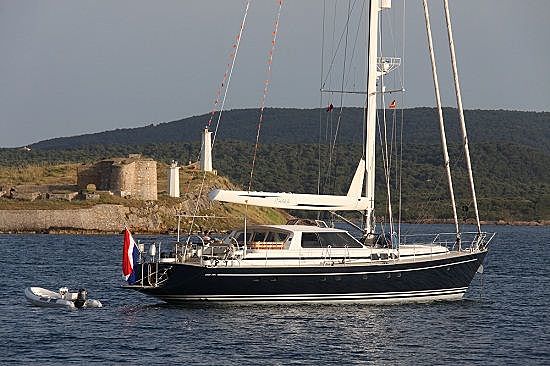 The famous Seaside Restaurant “Es Pla” was the setting for the evening programme. The restaurant served Sangria con Cava, tapas and the typical Menorquin “Caldereta de Langosta” – a speciality they are widely renowned for. The Spanish Royal Family are regular guests here, too! Despite live music and food, the main attraction however was the broadcasted first football matches of Group B in the European Championship. While on this evening, the Dutch lost their match against Denmark and Germany won against Portugal, the next race day would see quite the opposite outcome with two Dutch Owners decisively win the sloop class ahead of third placed, Swiss owned Toro Del Mar. 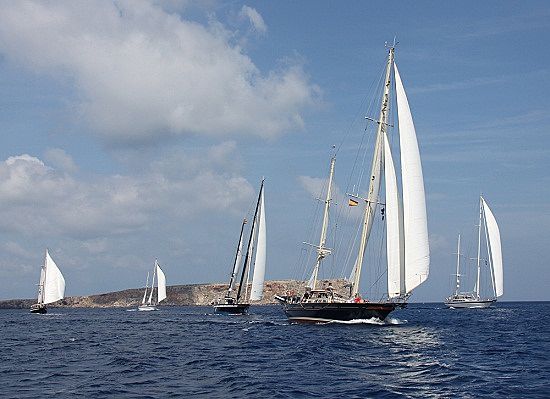 Sunday, 10 June, was Race Day. And what a race it was! Rarely has the regatta fleet ever managed to stay so close together after the starting line as this year. Spectators all along the Northeastern coast of Minorca could witness an impressive fleet of full sails and colourful spinnakers. The conditions couldn’t have been any better: the sea was again like a mirror, no waves, a bright sun shone from a blue sky and a perfect strong and steady wind from Southwest made racing that day a spectacular joy for everyone involved. 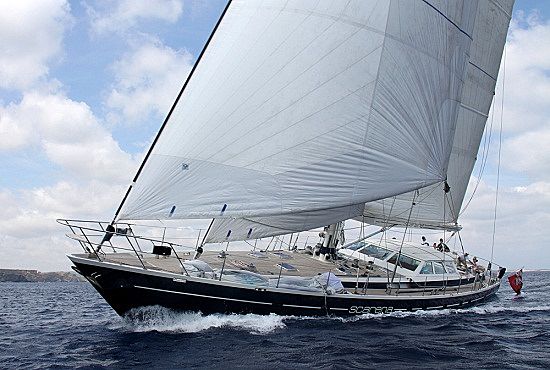 When the 14 regatta yachts passed the lighthouse of Cap de Favaritx midway, the field had by then slightly separated into groups of hot competitors in breathtaking neck-toneck races. The lead took the two 27m Dutch owned Jongert 2700M Icarus and Ithaka, followed by the two 22m Jongert 2200s Inspiration and Toro Del Mar. The fight between the largest ketch, the 42m Jongert 42T Passe Partout, against two sloops, the 27m Jongert 2700M Sea Rose Star and the 29m Jongert 2900M Scarena was only decided at the finish line in the bay of Mahon in a stunning photo finish. 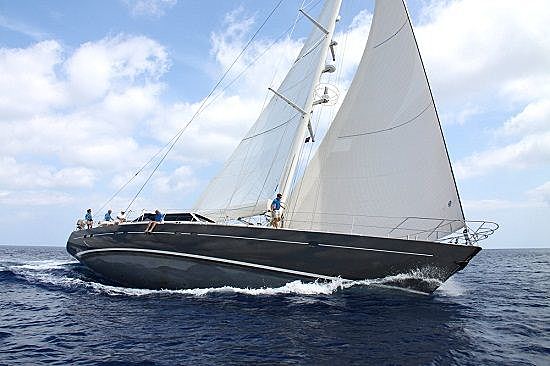 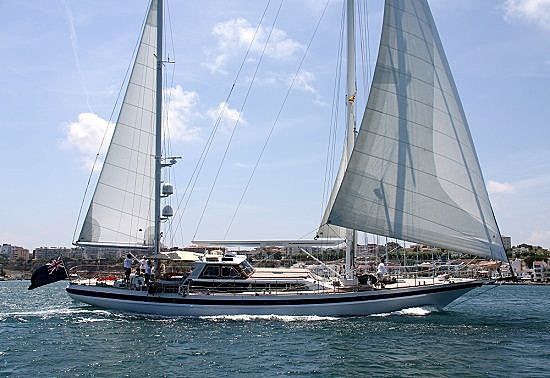 The regatta committee from the Club Maritimo de Mahon had picked the perfect spot for the finish line, just a few meters off the Marina Mahon in the middle of the bay so that people ashore wouldn’t miss a bit of the spectacular finish. It was probably the first time Mahon ever saw so many large heeling yachts race into the harbour neck-to-neck as usually a speed limit of 3 knots within Mahon’s bay permits such proceedings. Back at their berths, the Dutch crews of Icarus (1 st place) and of Ithaka (2 nd place) celebrated together with drinks and the obligatory “We are the champions” song, sung with heartfelt pride and joy while the crew of third placed Toro del Mar posed for the photographers. The winners of the ketch class remained undisclosed until the Prize Giving Ceremony at the Gala Dinner. There was some great surprise when the winners were announced according to rating factor and sailed time: British flagged Kemmuna (1 st place), Passe Partout (2 nd place) sailed by her Dutch Captain and ANAIS (3 rd place). For both of the German owners of Anais and Kemmuna, it was the very first participation in a regatta and both were proud and overwhelmed by their first and third place on board their just recently purchased yachts. 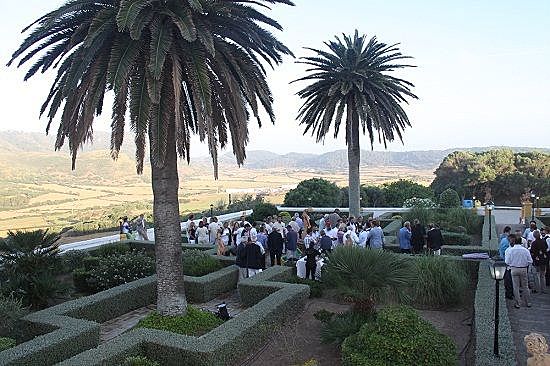 The Farewell Gala Dinner and Prize Giving Celebrations were held at the Restaurant and Museum “BINISUES”, an impressive Manor House on a hill with fantastic views onto the artful gardens and the beautiful countryside. 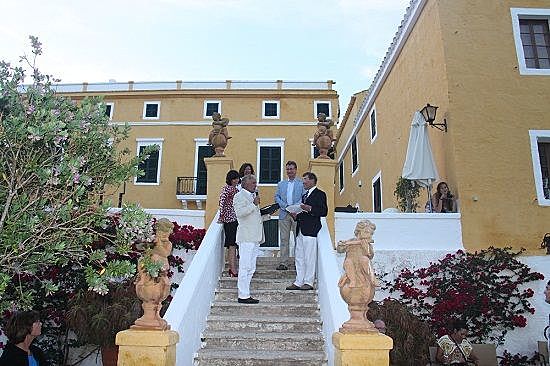 Thanks to the generous support of the event’s premium partners Erwin Sattler München (first address for high quality clocks and board chronometers), Lindner Resorts & Hotels and SLAM as official supplier, the first prize was a Carbonautis fine nautic multipurpose instrument. The second prize was a voucher for a weekend for two in a Lindner hotel resort of one’s choice and the third prize a Slam sailing collection, consisting of jacket, bag and cap with special embroidery. 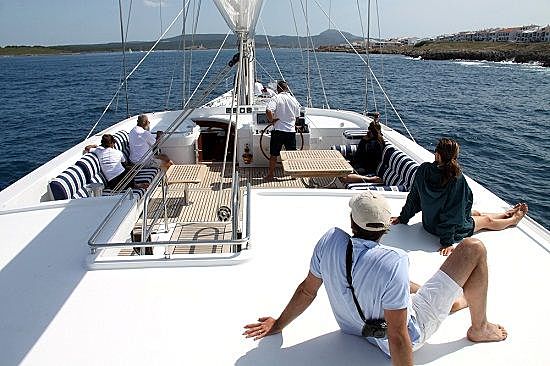 In this celebratory atmosphere the Club Yachting Life party enjoyed a five-course menu under the open sky. When the lights suddenly went out and Frank Sinatra crooned My Way, in rolled a cake ablaze with fireworks and the stage was set for the dahm-team and all the participants to offer up a hearty thank you to the Club founder. Before standing ovations and with his eyes moistened by a tear or two, Herbert Dahm embraced the crowd and returned his own sincere thanks to all the guests for their decades of loyalty to this event, to his team for another smoothly organized event and especially to all partners & sponsors of the 25 th Club Yachting Life Rally for their support. The next event is already scheduled for 2013 – the exact time and place will be announced later this year.