Ocean Independence has announced that a 52 metre Sea Axe support vessel has been sold. Built by the Dutch shipyard Damen in 2012, she is one of the yard’s Sea Axe series of vessels which were designed and built to cater to an apparent increase in owner’s desiring a well-equipped support vessel. This particular vessel however, was built to be used commercially. 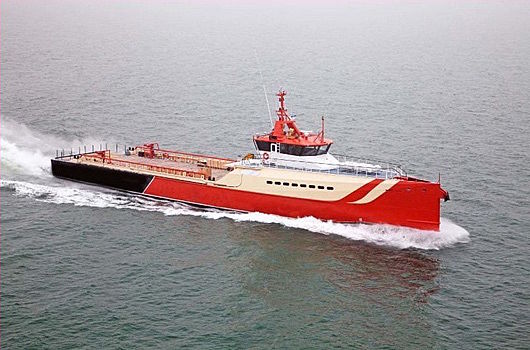 On board she accommodates up to 18 crew. In regards to her performance, she is powered by four Caterpillar 3512C engines which provide her with a cruising speed of 20 knots and a range of 4,000 nm.

Though the vessel was built for commercial purposes, she has been sold to be used as a yacht support vessel, and is the first commercial Damen vessel of her kind to be sold for this purpose.

Chris Collins at Ocean Independence sold her in a direct deal to a U.S. buyer, and at the time of sale she was listed at an asking price of €10,500,000.