After completing an arduous Atlantic crossing over the past two weeks, the 45.6-metre Damen yacht support Pink Shadow arrived in the Netherlands yesterday, returning to the yard where she was originally launched just last year in Gorinchem. Since then, the vessel has been acquired by an experienced owner and customised to serve as the support vessel for the 53.7-metre Baltic sailing yacht Pink Gin VI. 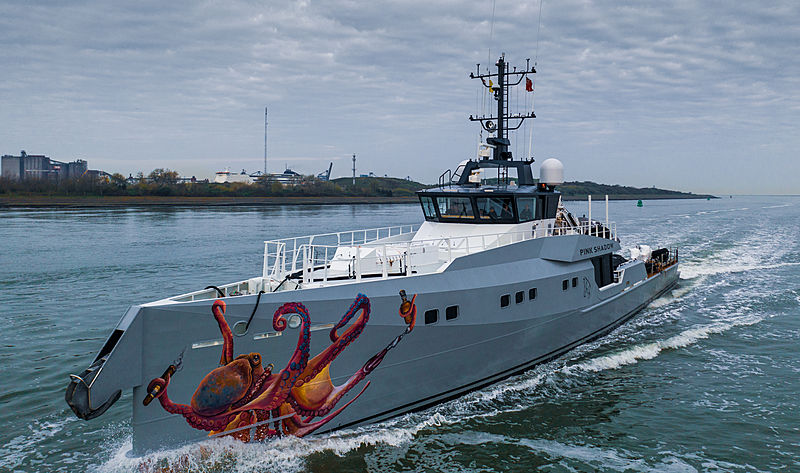 First launched as Joy Rider, Pink Shadow was modified by the Damen team in Florida where several cosmetic and functional changes were implemented including a vibrant underwater-themed mural that echoes the whimsical spirit of her mothership. Further interior and exterior modifications will now be made to the vessel during her stay in the Netherlands. 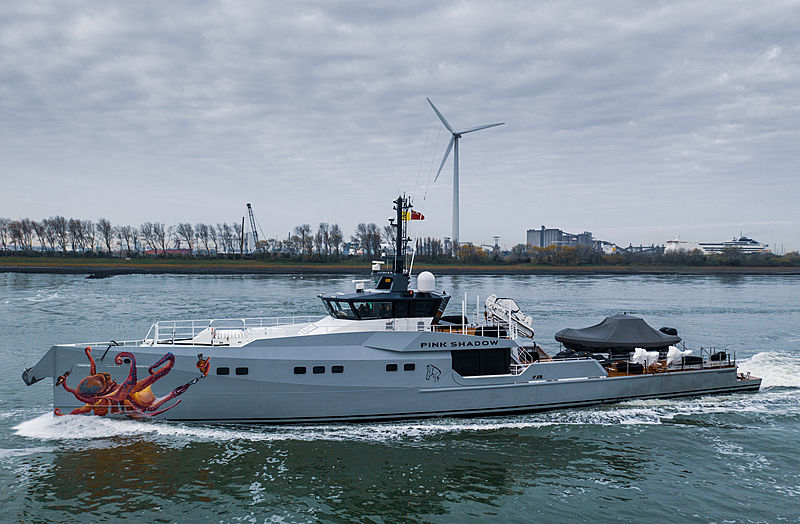 One of the vessel’s highlights is its expansive aft main deck. Ideal for entertaining, this flexible deck space can be used as an entertaining platform to host up to 200 people on special occasions. In addition, special storage spaces on deck are used for stowing racing sails and maintenance equipment needed by the mothership. 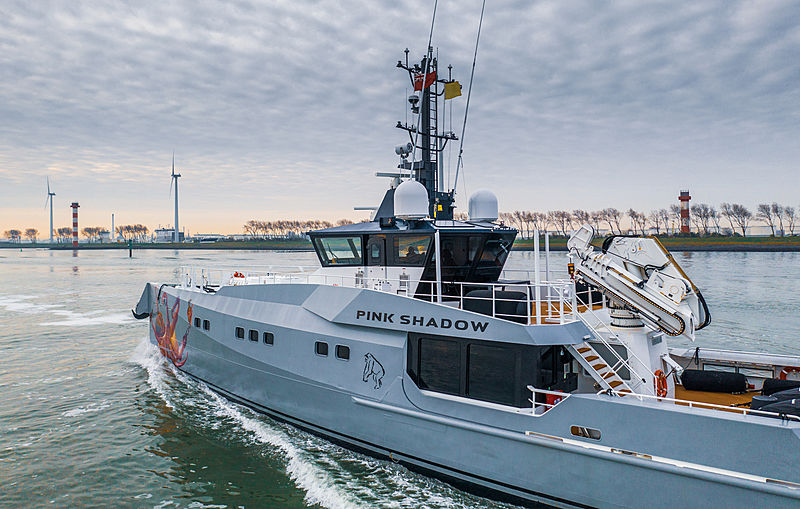 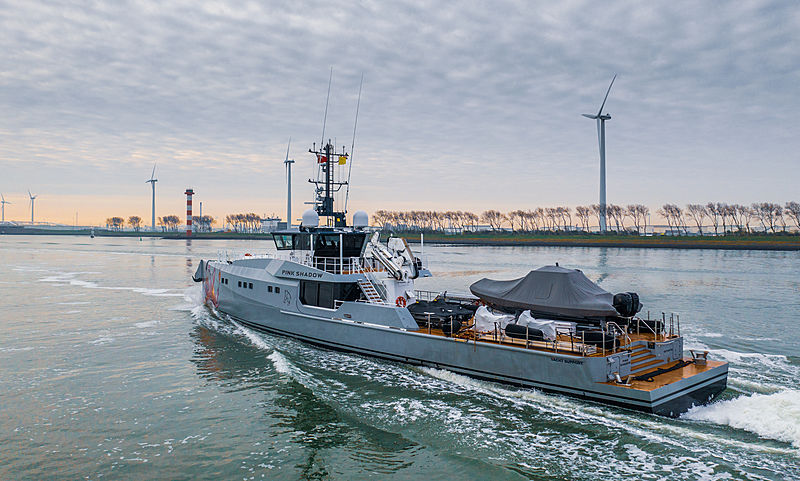 Inside, the support yacht can accommodate up to six guests on the main deck in a master suite and two guest staterooms, all of which have en-suite bathrooms. 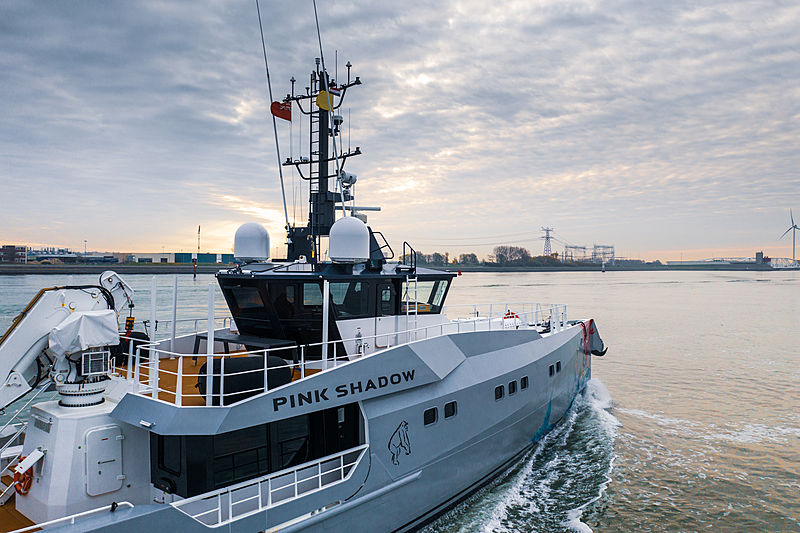 Along with Pink Shadow, the 55.3-metre Power Play arrived in the Netherlands yesterday, also returning to Gorinchem where she will undergo maintenance works. 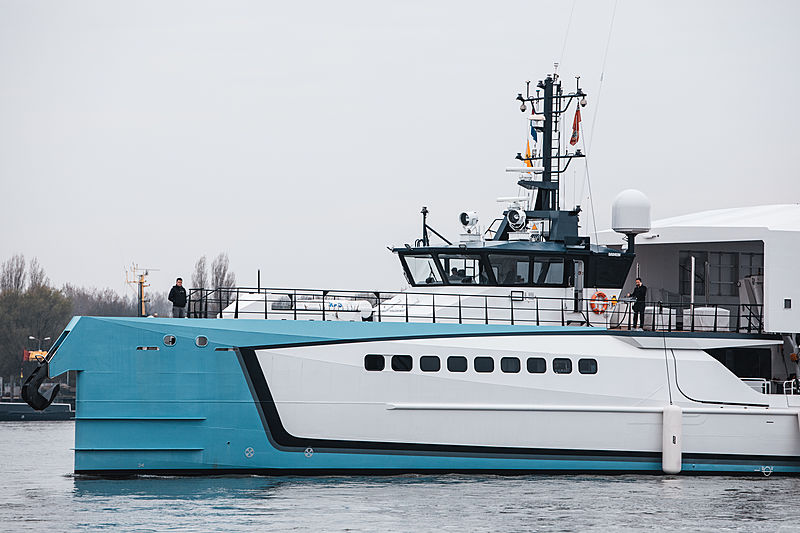 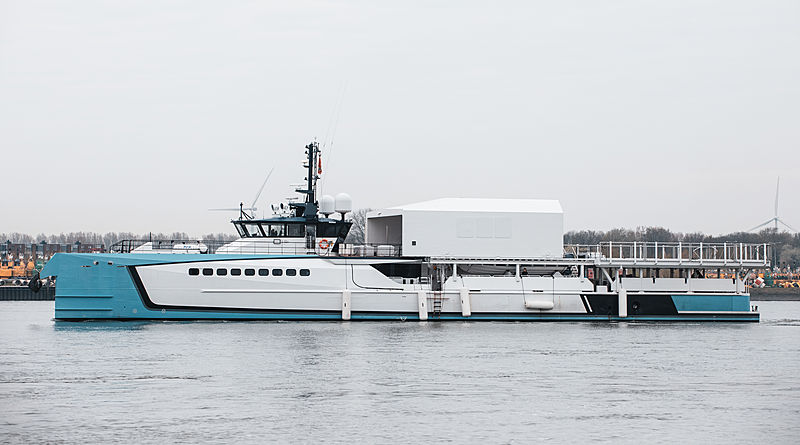