The 55.3-metre support vessel Time Off, built as one of Damen Yachting’s Damen Yacht Support 5009 models, has been launched from Damen Yachting’s Antalya shipyard, in Turkey. The motor yacht will be ready for delivery this summer. 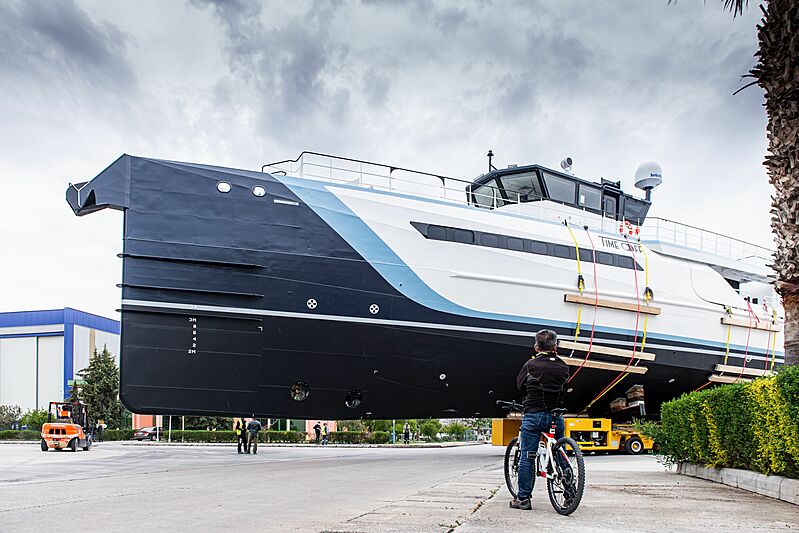 The vessel has been designed entirely by Damen Yachting, featuring naval architecture, exterior and interior designs from her builder. The support vessel sports a 465 GT interior volume, which can accommodate six guests across three staterooms and a crew of 20. 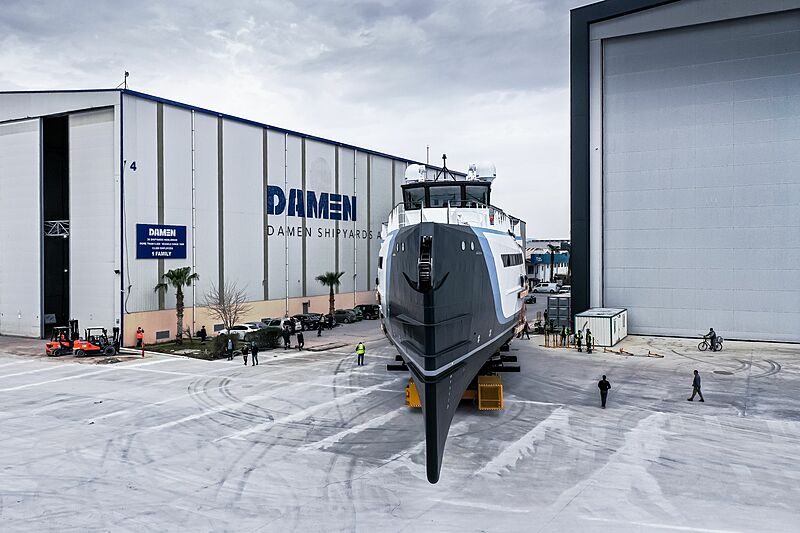 The two-deck yacht was built with a steel hull and aluminium superstructure. Time Off  has a 5,000 nautical mile range while cruising at 16 knots and reaches a top speed of 20 knots. 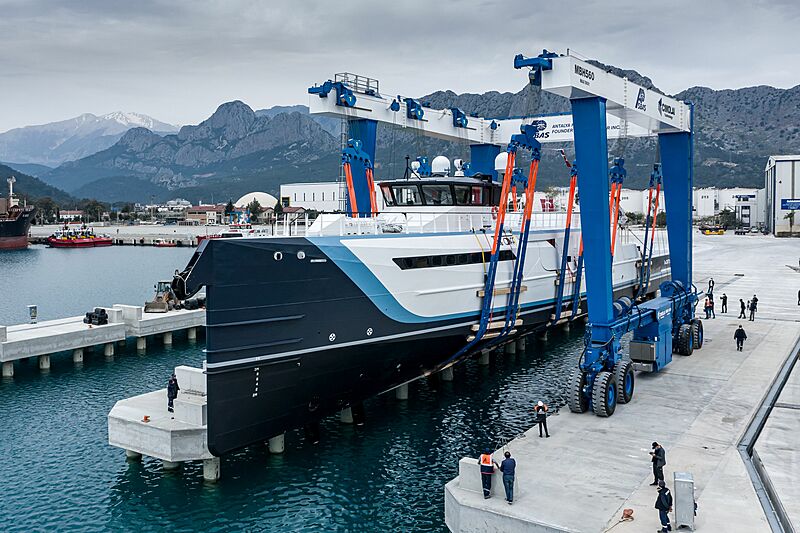 Time off is Damen Yachting’s ninth vessel of its Damen Yacht Support 5009 model, which includes customised sister ships such as Shadow, launched in 2017, B3, launched in 2019, and Gene Chaser, launched in 2020, which is currently in use as a floating laboratory and science centre to support her owner’s scientific research work.Though the same model as her sister ships. Time Off features some distinguishing elements, more in-line with those of a luxury superyacht than a support vessel, such as generator sound enclosure, upgraded engine room installations and upgraded AV and navigation systems, designed to increase comfort aboard. 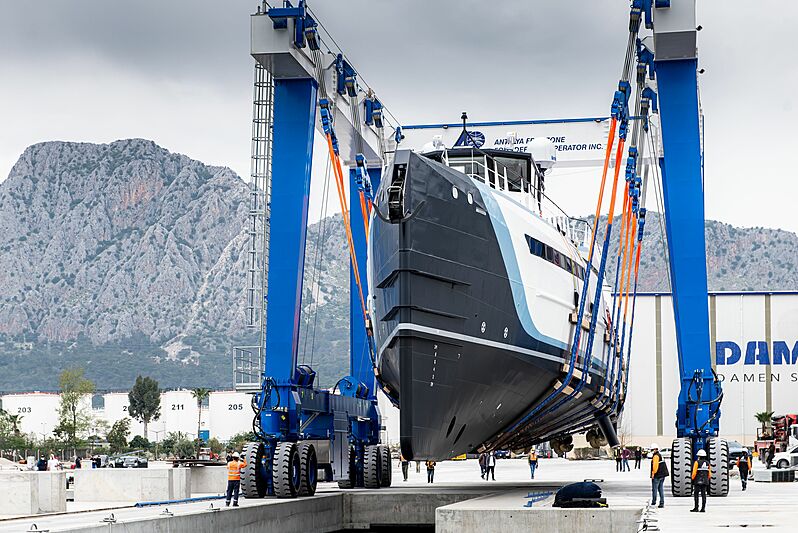