Racing at the Oyster Regatta Grenada got off to a fantastic start with an adrenalin pumping passage race to Le Phare Bleu on the rocky south coast of Grenada, sponsored by Dolphin Sails. 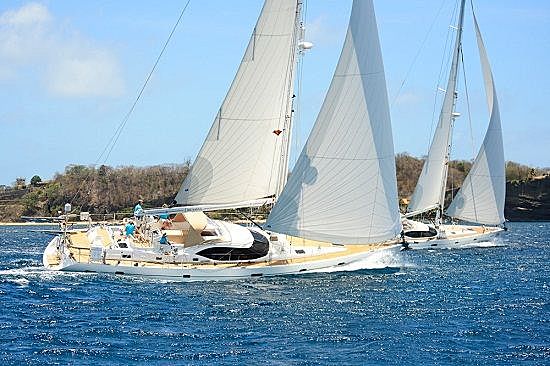 Oyster CEO and Race Officer, David Tydeman set a 20-mile course. 20 knots of warm trade winds, gusting close to 25 knots in bullets of pressure, set pulses racing for the downwind start before the Oyster fleet turned upwind to race around to the south of the island. There were close encounters throughout the Oyster fleet and a fabulous day’s racing was complete, as the wind abated to 12 knots for the last downwind leg to Le Phare Bleu creating a nail biting finish. 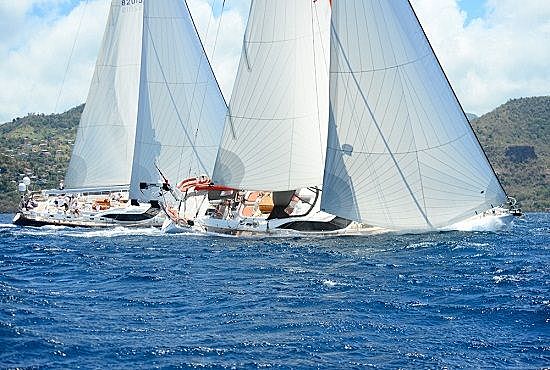 In Class 1, Michael Hahn’s American Oyster 655, Matawai was the victor, but only just. After over two and a half hours racing, Matawai took the win on corrected time by only 3 seconds from Oyster 82, Starry Night of the Caribbean. Roberto Bisiani’s, Italian Oyster 72 was third. 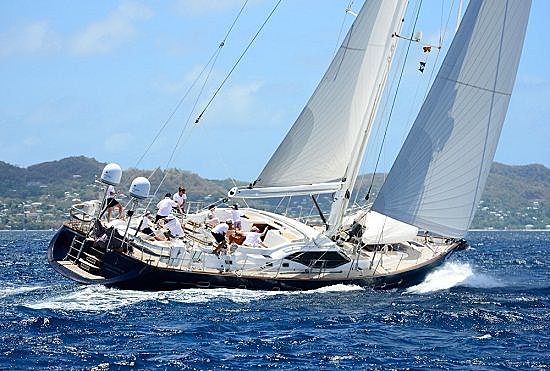 Michael Hahn and his crew were elated when they heard about the win. “This is the first race I have won at an Oyster Regatta.” Cheered Michael. “We have come very close many times, so to win by such a small margin is a pleasure. The crew work today was the big reason for our success, everybody concentrated and kept to the plan, what a great way to start the regatta.” 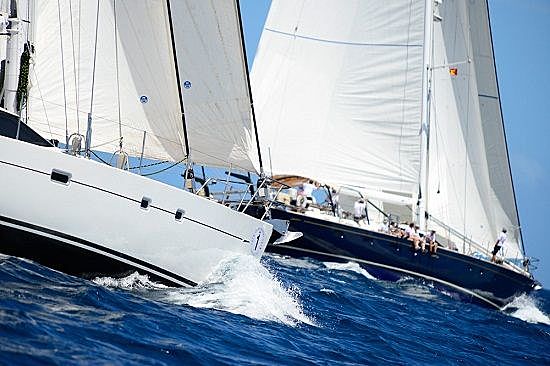 Oyster 82, Matilda Sound was sailed by Hilton and Louise Nathanson, the couple have never raced before and for their debut, Hilton and Louise were joined by their two sons, Oliver and Tate and accompanied by Oyster’s Klaas Meertens and his son, Damian. Hilton steered all day but gave the honour of crossing the finish line to Damian Meertens. Oliver Hilton caddied on main sheet, whilst Tate was in charge of furling the headsails. With three crew 12 or under, Matilda Sound was a youthful affair but all three youngsters concentrated dutifully on their tasks. 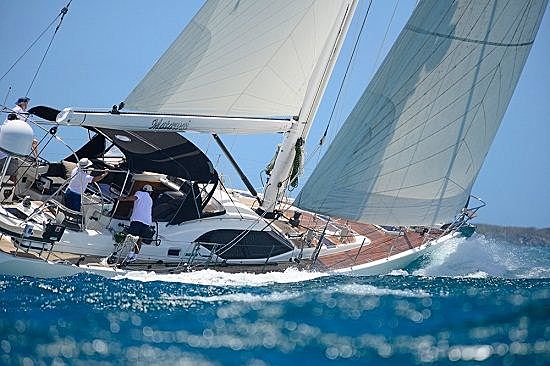 “That was a totally different experience to cruising but we all absolutely loved it.” Smiled Hilton. “You learn so much pushing the boat and it was great to see all the family getting involved. We didn’t have the best start but had a great battle with Bill and Me in the early part of the race and managed to get past them and hold them off past Point Salines that was so exciting; we were touching 12 knots of boat speed with Bill and me just behind us for over half an hour but eventually they played the conditions better than us to get back in front. I have to say Louise and I have really caught the racing bug but we know how we can improve next time.” 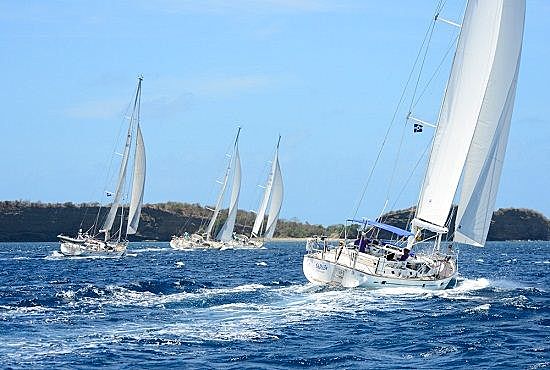 Jon Sturmer from Dolphin Sails was racing aboard Sophistikate for today’s race. Jon has been sailing for 30 years, racing dinghies and regularly competes in local and international regattas on a variety of boats.

“That was very exciting. Sophistikate is very well sailed and Richard on the helm was asking all the right questions about how to improve their performance. The battle with Dreamer of Hamble was great, we managed to keep ahead of them for the early part of the race but the pressure was on throughout and Dreamer of Hamble managed the last mark rounding just a bit better than us to sneak through. I have to say that racing at Oyster Regattas really improves the standard of the owners’ sailing and for me it is a practical insight into how our products are working and its invaluable to sail with customers and talk to them about solutions and ideas.” 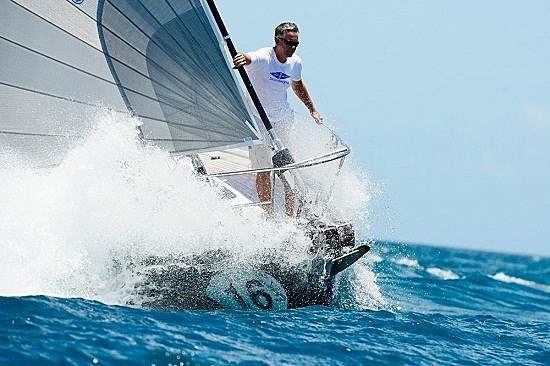 After racing, Oyster owners and their guests enjoyed a night moored at Le Phare Bleu. One of Grenada’s finest beachfront resorts, Le Phare Bleu is tucked away in Petit Calivigny Bay, on the fissured south coast of Grenada. The friendly, family run establishment has lovely touches such as, a floating pontoon hammock and one of it’s main attraction is an old Swedish lighthouse vessel, the Västra Banken. Courtesy of island Water World, the Oyster family enjoyed cocktails on board accompanied by a floating steel band, which really got the party started before a fine buffet at Le Phare Bleu’s airy al fresco restaurant. After dinner, the Oyster entourage pulled back the tables to enjoy dancing into the night with music by local soft rock and reggae band, D Unit.

Racing continues today, Wednesday April 10th with a passage race sponsored by Pelagos Yachts, to Camper & Nicholsons Port Louis Marina, where exciting downwind conditions are anticipated with an evening of cocktails and fine dining to follow, at the award winning La Luna Resort.