Conditions in St. Barth on the second day of racing yesterday were excellent, and the Maxi 1, Maxi 2 and Multihull classes were sent on a 42 nm course that started off Gustavia and looped around St. Barth before continuing across the Canal de Saint Barthelemy to round the island of Tintamarre to port and return its players to a finish near where they had started. 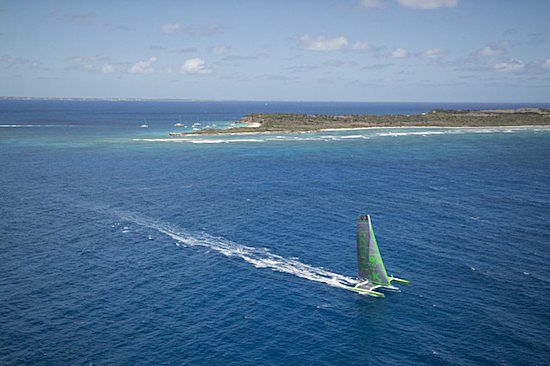 “It was a little bit like NASCAR racing out there: drive fast and keep turning left,” said Phaedo 3's skipper Lloyd Thornberg about the course. Thornberg rules for now, however, with his MOD 70 trimaran's zip around the course in one hour, 53 minutes and 35 seconds, giving it line honors in the Multihull class well ahead of the next finisher, Comanche, whose time of 2:33:04 set the course record in the Maxi 1 class. Posting a time of 3:38:07, Odin now holds the record in the Maxi 2 class.

“It's incredible that we went around Tintamarre and back in under two hours,” said Thornberg, who broke the Caribbean 600 record in February and while here this week for Les Voiles practice broke Steve Fossett's Playstation record around St. Martin. “That's about what we thought we would do, but it's one thing to talk about it, another to do it.” Thornberg has been at Les Voiles since the second edition. “The first time, I broke my boom five minutes before the start, but I won the remote-controlled regatta on the Lay Day, so that was good. The regatta is growing; it brings in really serious race boats with great teams, and it's one of the most beautiful places to race in the world. I like how they use islands as marks rather than setting marks. It's a little more challenging, looking for water, and the winds shift around the islands, which you really notice on the Mod 70. You feel the lifts and headers and lack of pressure, and what happens in a few minutes on other boats all happens in 30 seconds for us.” 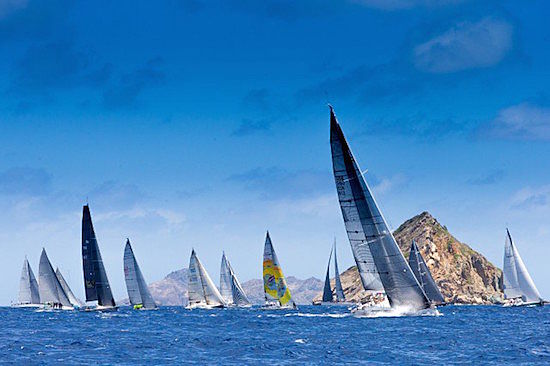 After correcting out, top-three daily prizes in Spinnaker class went to Phaedo 3, Paradox and Elvis, and their series standings are the same. Like the previous racing day, Rambler 88 won the Maxi 1 class on corrected time, about four minutes ahead of Bella Mente, which had not been able to sail yesterday due to equipment failure. Comanche trailed 10 seconds behind, and the leader board has them tied on point score with Lucky behind leader Rambler 88. (Maxi 2s are currently being led by Lupa of London, followed by Aragon and Selene in second and third respectively)

Spinnaker 0 had two races today but started the morning off by joining six other classes (Spinnaker 1, 2, 3, 4, Non-Spinnaker, Melges 24) in their one and only 29 nm race for the day. 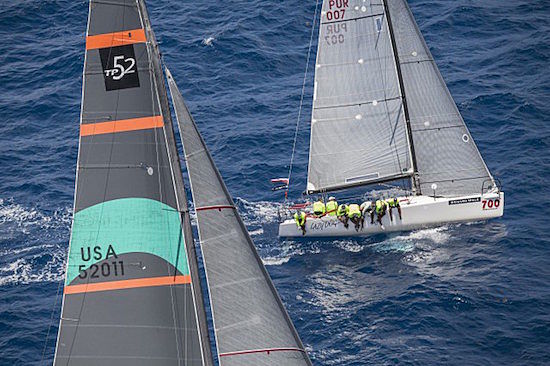 “The boats you see out there are just unbelievable,”said Lazy Dog's Puerto Rican skipper Sergio Sagramoso, “It's incredible being here, because we get to race with some of the best boats in the world and compare our sailing abilities with them. It's just so great that they allow guys on boats like ours (a Melges 32) to race here, and to win on our boat was a great equalizer.”