The superyacht experience in the Middle East is one of the oldest in the industry. It is a part of the world built with no expense spared when it comes to exceptional luxury and so, a floating palace such as the 106.5-metre Amadea is a welcome addition to an already spectacular landscape. 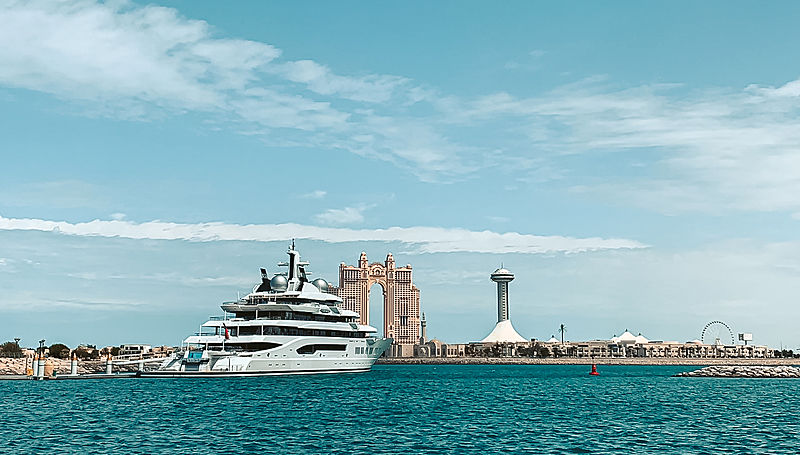 Photo: ImperialArriving in the magnificent Abu Dhabi alongside the superyachts and toys of some of the most invested owners in the business, Amadea has set out on a mission to find a new owner. Keen to know what life could be like for her buyer, SuperYacht Times followed Imperial’s Head of Sales and Charter, Eric Lepeingle, for a day onboard a superyacht cruising in the Middle East. Here’s what happened. 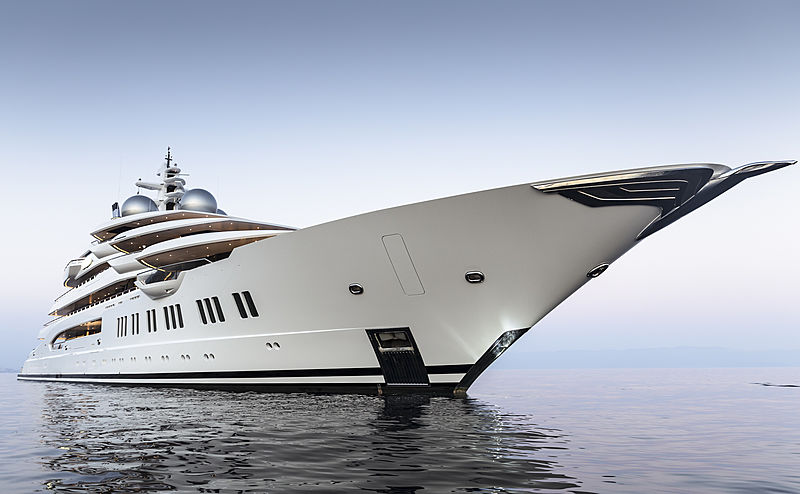 Photo: Guillaume Plisson / ImperialAfter an overnight flight, guests were met by their driver, and the superyacht experience had begun. With her diamond-cut lines reflecting the purple and orange rising sun, Amadea appears into view as a jewel set within the glittering Emirates Palace Marina of Abu Dhabi. The captain and the crew are waiting in crisp uniforms offering a welcome refreshment whilst the luggage is taken to the appropriate staterooms. 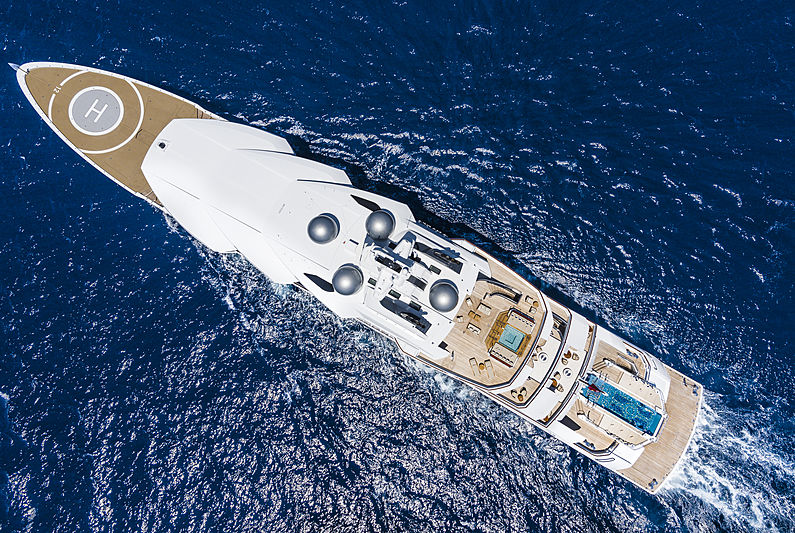 Photo: Guillaume Plisson / ImperialWhile Amadea is being prepared to get underway for a steady day cruising the sun-soaked waters of the Persian Gulf, some guests choose to freshen up. Others linger around the main deck aft overlooking the 10-metre mosaic-lined infinity pool; sipping on locally roasted coffee. Already, Lepeingle has mentioned how sitting here and feeling the light breeze curl through the Abu Dhabi skyline will stick in his memory. “Being here in Abu Dhabi, she really stands out from any other yachts in the region. At the moment, nothing compares,” he adds. 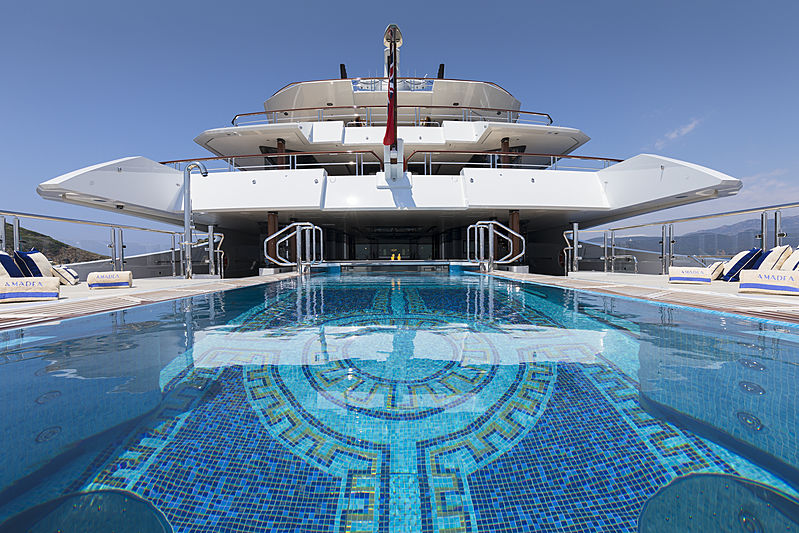 Photo: Guillaume Plisson / ImperialAmadea and her five decks have world-class facilities, including a future-proof bridge and separate air-ventilation systems for guests and crew. The grand main staircase linking every deck on board – from the sun deck to the tank deck – is clad in crisp white marble with an elegant red carpet fit for royalty. 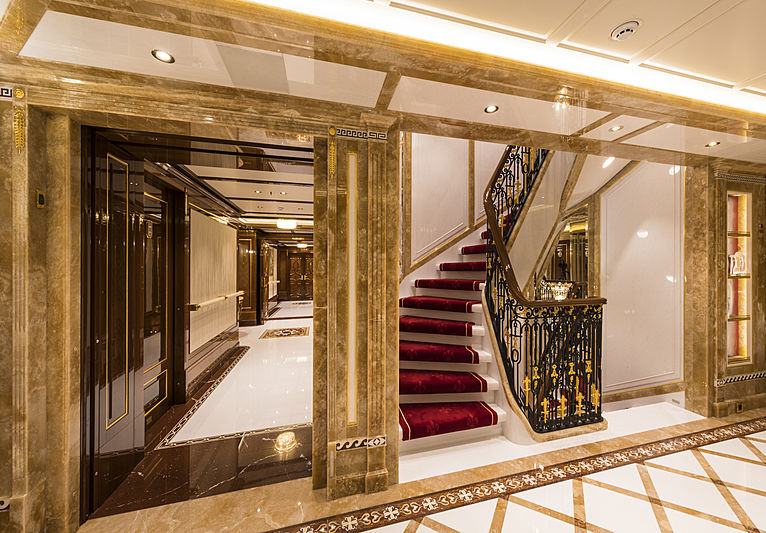 Photo: Guillaume Plisson / ImperialTo help navigate the remainder of the yacht’s expertly-designed interior layout, a member of the crew is host to a tour. “She is the most detailed superyacht ever built,” comments Lepeingle. His statement rings true as the crew point out the matching books and ornaments and explain how interior designer Zuretti had designed each piece of custom-made furniture. “By sharing their knowledge of their home, the crew prove how they and the operations team ashore keep Amadea one-of-a-kind. It’s not an easy day-to-day process, but they serve unrivalled experiences for those on board,” explains Lepeingle. 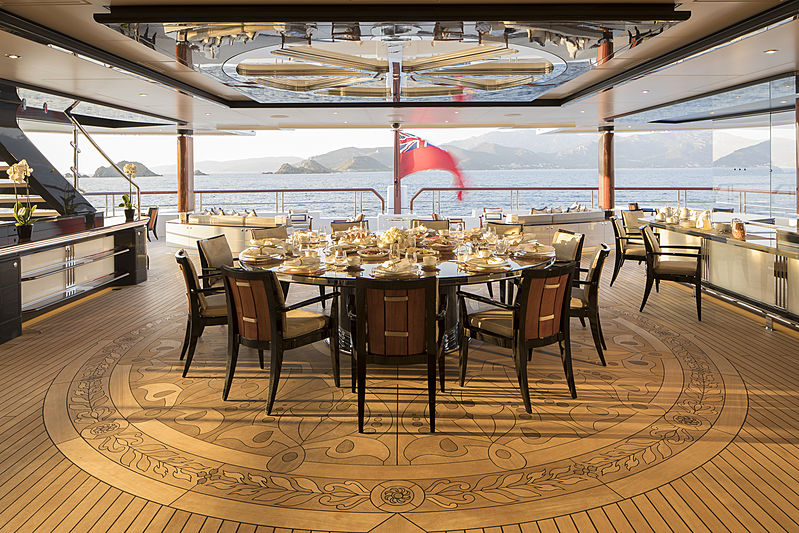 Photo: Guillaume Plisson / ImperialHumbled to have such unparalleled access, one of the best spots to take it all in is within one of the many ultra-modern exterior spaces. The winter garden on the sun deck with its slick yet superior style and fixed raised sun lounge surrounding the plunge pool is the chosen place to pass the time. As soft music plays over the bandstand’s sound system, Lepeingle recognises how Amadea’s future owner would also “notice and enjoy the great potential and flexibility of this area”. A crew member passes by to mention that lunch is being prepared by the yacht’s highly experienced team of chefs and offers a cool apéritif. 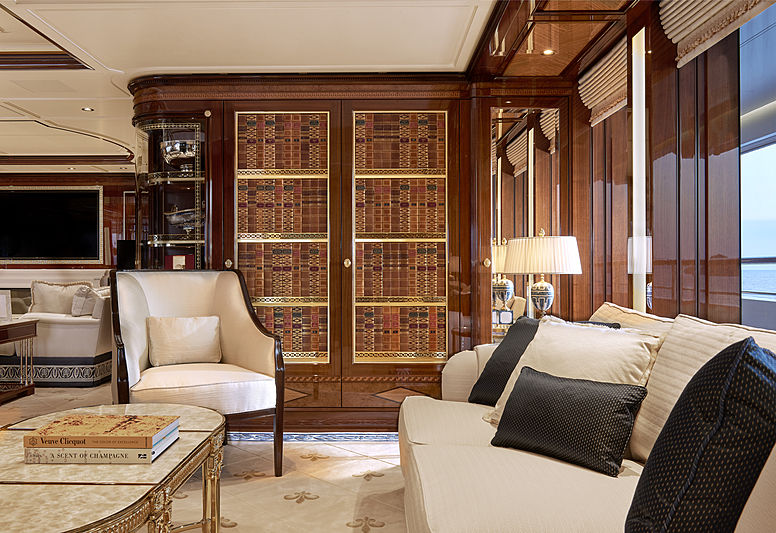 Photo: Guillaume Plisson / ImperialAs guests happily regroup nearby the grand main-deck saloon to dine, some have made use of the multi-functional bridge deck. One guest had just conducted a digital business meeting in the bridge deck saloon and another caught up with the day’s news channel in the onboard cinema. The meal was the fresh early afternoon pick-me-up needed before heading through to explore the owner’s deck. 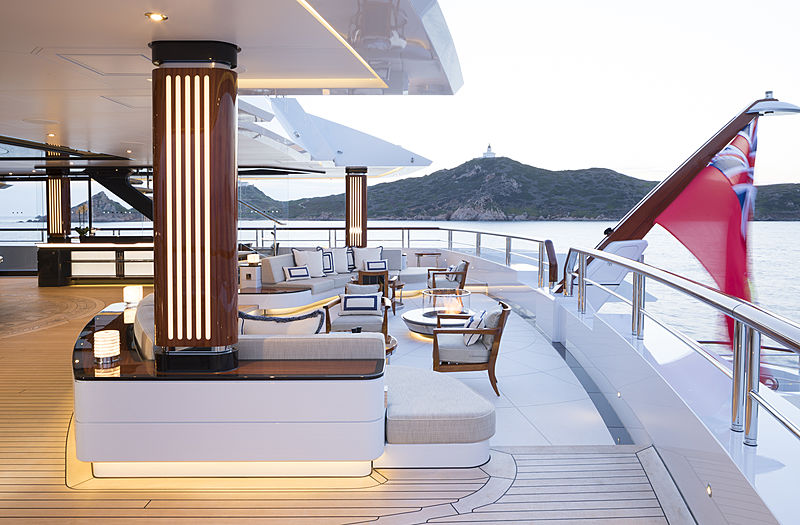 Photo: Guillaume Plisson / Imperial“With space, privacy and intimacy being the focus of Amadea’s general arrangement, it is here that these purposes are felt best,” narrates Lepeingle. Stretching from the very forward tip of the yacht’s helipad all the way aft and ending in a premium viewing area with an outdoor fireplace, the owner’s deck is the epitome of comfort and luxury on board Amadea. Fine materials such as onyx and semi-precious marbles decorate the deck and its private gym, beauty centre, living room and office space. “This is what the ‘art of living’ truly means,” he adds. 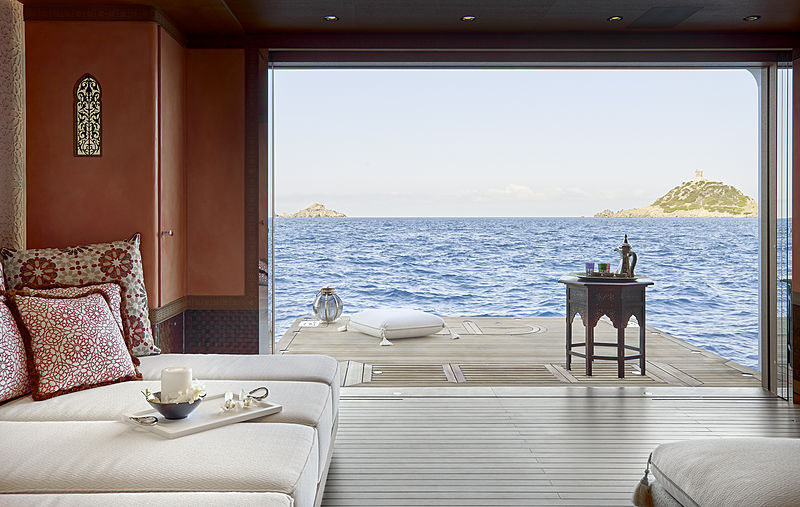 Photo: Guillaume Plisson / ImperialNow out in the open Arabian Sea, silence is golden. The vibration and background noise of Amadea’s engines are unnoticeable, which Lepeingle explains is thanks to “the levels of insulation being one of the most impressive on a yacht delivered in the past five years.” She is efficient too, as Imperial oversaw the installation of her HUG filtration system, which removes harmful particles from the exhaust gasses while high temperatures burn off any collected particles. The gasses are then passed through silencers and expelled as a more eco-friendly substance. 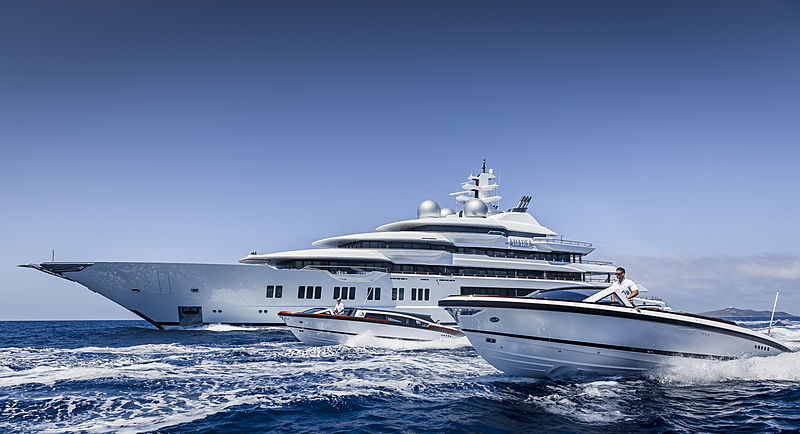 Photo: Guillaume Plisson / ImperialWhilst some opt for the spa and massage room, others take off on a quick late-afternoon spin on one of the four Sea Doo watercraft. After freshening up in one of the seven individually-styled staterooms, the pre-dinner gathering area is around the firepit to the aft of the owner’s deck, creating just the right ambience to end a night with friends. 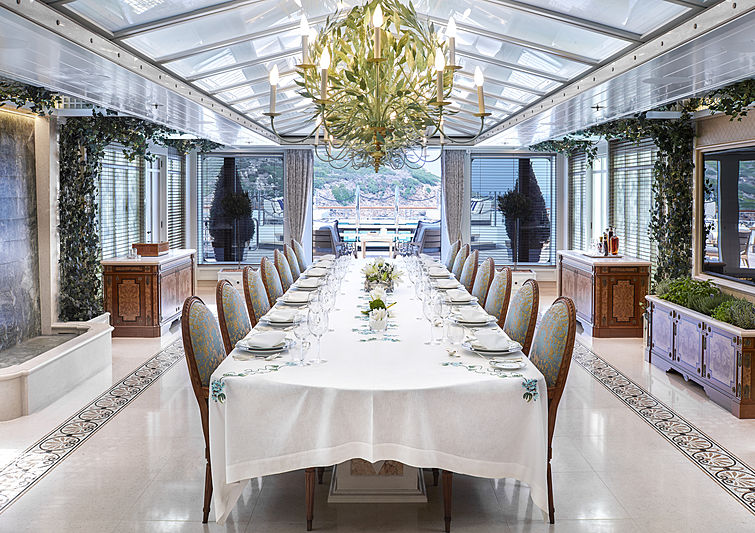 Photo: Guillaume Plisson / Imperial“Amadea is ‘brand–used’ vessel offered in an even better condition than a just-delivered new-build,” explains Lepeingle. As a “true turn-key superyacht” and one of the most talked-about yachts currently on the market, she was made possible thanks to Imperial’s management team. “At Imperial, we know how a successful 100m+ superyacht project is dependant on the synchronisation between all major parties and the patience and time dedicated to creating luxury,” he adds. To see for yourself, contact Imperial to arrange private tours exclusively upon request and compliance at:

Travel: Go back to the Maldives with superyacht RoMEA