A day of showers and fickle breezes left racers frustrated in Porto Cervo in Sardinia, Italy as conditions forced the cancellation of the first race of the 2011 Dubois Cup.

A strong fleet of eight superyachts and numerous spectator craft assembled for the 13.00 start on Sunday, which was initially postponed but then formally abandoned when the breeze fizzled out at around 14.50. The first boats in the pursuit race were already under way when the announcement came, with the rest of the fleet maneuvering for position to cross the line at three-minute intervals. The cancellation was especially galling for the race professionals aboard defending champions Ganesha, as they looked set to cross the line within seconds of their start time. 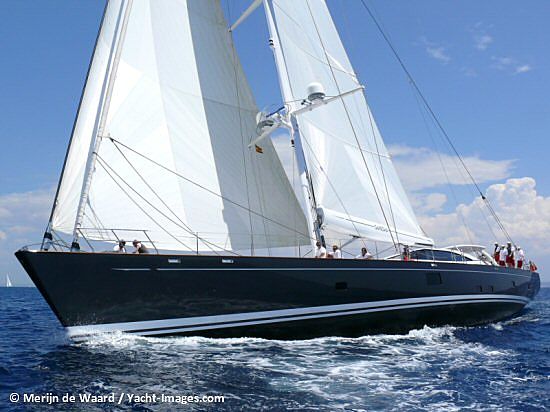 “It was bad luck,” said the owner of the 39-metre sloop. “It would have been a terrific start. But it was very good practice for tomorrow.”

The water bombs were believed to have originated from the 40-metre Tenaz, whose slingshot crews first targeted the giant ketch Twizzle. The battle soon engulfed Drumbeat, which at one stage was heroically engaged on both sides.

With an eye on the weather, Yacht Club Costa Smeralda sports director Edoardo Recchi explained: “We had seven showers during the day, which tended to kill the wind. It varied between three and seven knots, and then turned to 050 degrees and died. It’s not a common occurrence here, but does sometimes happen during the break period between springtime and the reliable thermal breezes of the summer.” He added: “Pressure has been exceptionally low, 989millibars this morning, but the depression is passing over. Racing conditions should be better for Monday.”

Fortune favoured the brave however after a rain-affected first day’s racing at the 2011 Dubois Cup, as 200 superyacht owners and guests sat down to an alfresco dinner on Sunday evening, and stayed dry. 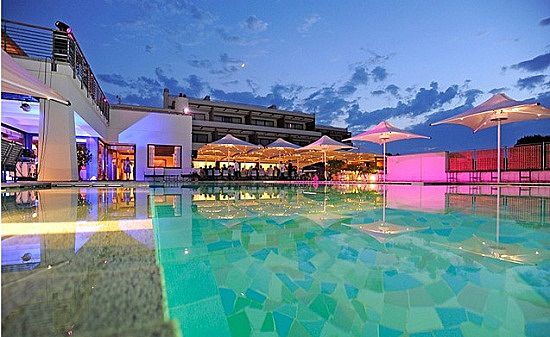 The poolside dinner at the Yacht Club Costa Smeralda was a glittering platform for the launch of the Dubois Child Cancer Fund. Both previous Dubois Cup events, in 2007 and 2009, have supported child cancer charities following the diagnosis of Minna Dubois, at aged four, with neuroblastoma, a rare childhood cancer with low survival rates.

Yacht designer Ed Dubois explained that the new fund has been set up to give focused support for research into the disease. In a moving speech Ed’s wife Honor Dubois spoke of the strains that serious childhood illnesses place on families. Introduced by Ed Dubois as “a combination of saint and superwoman”, Minna’s oncologist Janice Kohler gave a lucid exposition of the direction of current research into immunotherapy as a treatment for neuroblastoma, as an alternative to chemo and radio therapies. Survival rates for the disease have increased to 40 per cent, from just 10 per cent 30 years ago.

After four years of treatment, ten-year-old Minna, who is attending the regatta with her brother and sisters, is doing well.