Home > News > Day two of the Superyacht Cup in Palma

There was some spectacular sailing enjoyed by all today on Pantaenius race day; the start of racing designed to coincide with the arrival of the sea breeze in the early afternoon was much the same if a little lighter and shiftier than yesterday. Rebecca, one of the most admired of the modern classics from Pendennis, had one of the best starts. It is great to see her back in the Med competing here for the first time since 2007 on the eve of her 15th year with still many of the same team enabling her to be as competitive as ever. In typical superyacht fashion Jens Christensen, from North Sails, the tactician on board stated “We sailed a good race, everything went up and everything came down”, it is all about getting round the course safely and having a good time. 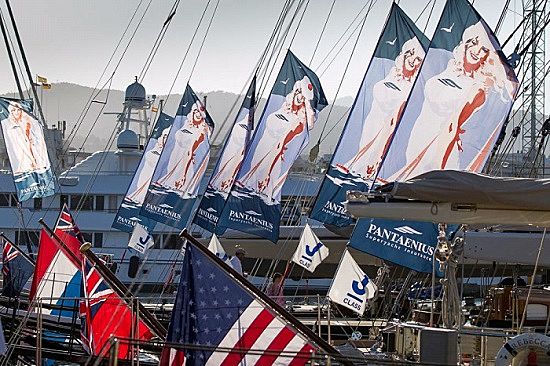 Firefly led the fleet for majority of 3.5 hour race with her bright orange spinnaker providing a beacon for all to follow, she took line honours and would have finished well ahead of P2 if it had not been for a blown spinnaker in a downwind leg. Firefly is one of four boats from Claasen yachts participating in this event, others include Atalante who is presently first overall and Heartbeat lying third, in addition to Lionheart who is providing some stiff competition in the separate J Class event. P2 put in a good performance and is looking forward to maintaining her lead in Class 1.

“This is some of the closest superyacht racing that we’ve seen, the results are proof that the rating system works as there are only seconds between the yachts on corrected time.” John Winder, ISYR. This is the first time that real time wind data (strength and direction) has been applied per leg to create a more accurate result, rather than relying on a pre race estimate. 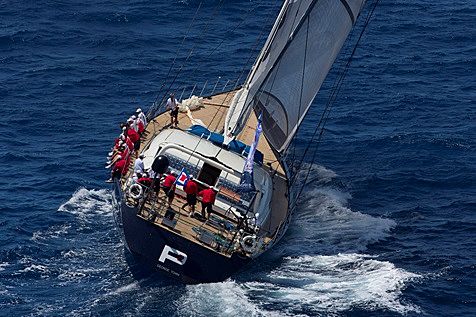 The J’s had another thrilling windward leeward race; Rainbow and Hanuman were quick off the start with Hanuman then taking the lead for another bullet. It was a tight race, again with only 5.5 minutes elapsed time splitting the fleet over the 2 hour 10 minute race.

Happy Hour was sponsored by RSB Rigging and Southern Spars – thank you! As the sunset the crew and guests of the 20 yachts enjoyed some respite from the heat with shade provided by the stylish Undercover Events tent on the dock. A great evening was had by all catching up on the day’s happenings, fuelled by some delicious paella and tasty mojitos.

Photos by www.clairematches.com and Ian Roman