Saturday 3 February saw the relaunch of Feadship’s Utopia. Utopia arrived in October 2006 at the Feadship XL facility in Makkum. Her new owner, who bought the yacht just before the summer, wanted to make some minor changes before the yacht went for her Carribean charter season. The refit included the addition of a new stairway from the sundeck to the bridge deck. The helipad was covered with teak and the sun deck was enlarged above the bridge with sun pads. 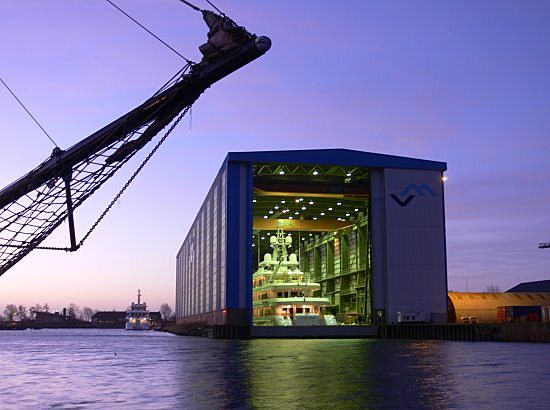 Feadship De Vries Makkum early in the morning, preparing for the relaunch of Utopia 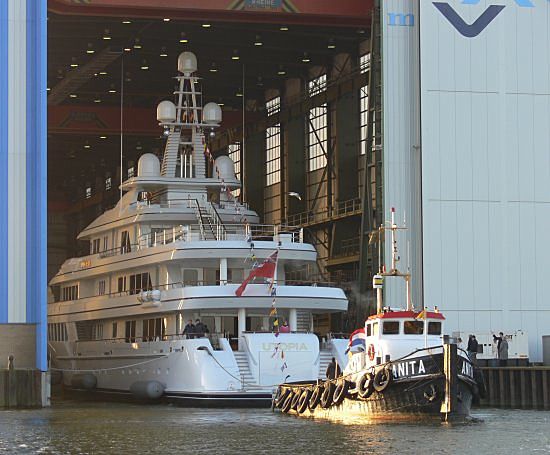 Anita was made ready to tow Utopia out of the shed 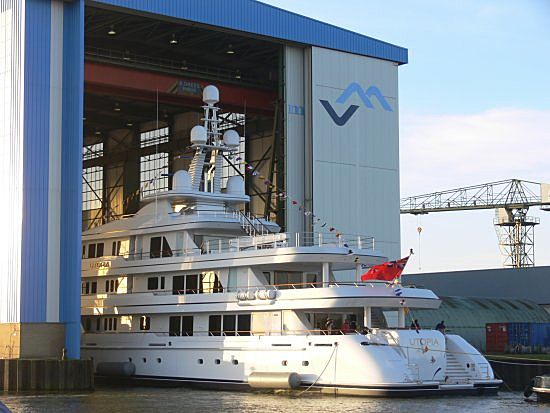 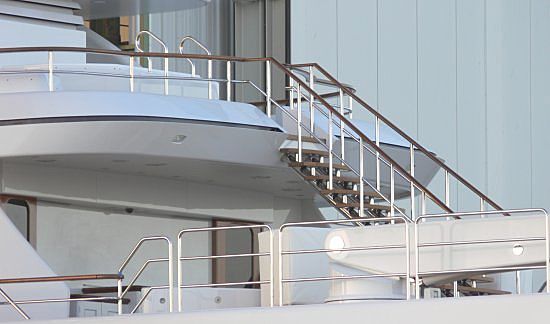 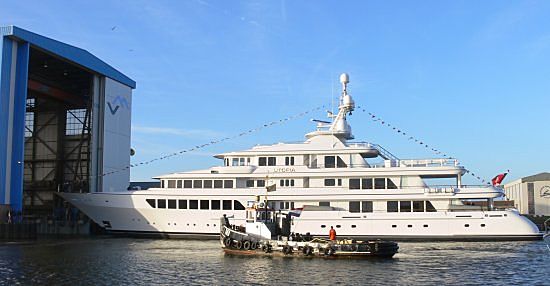 After her bow came out of the shed a second tug, Theo, came to assist her with docking 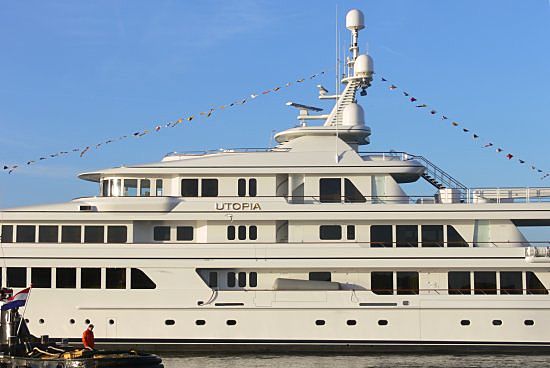 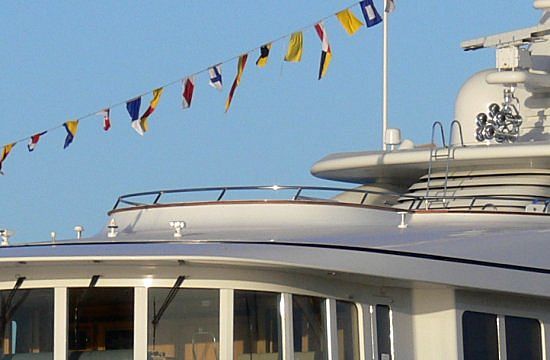 A close up of the addition to the sun deck 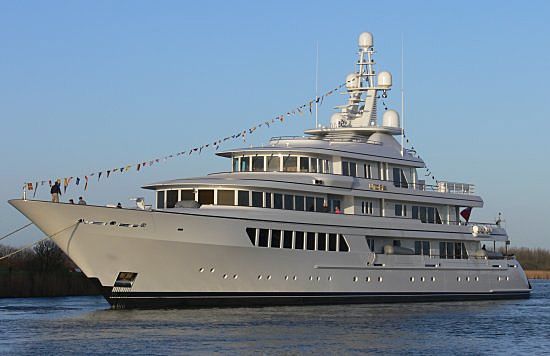 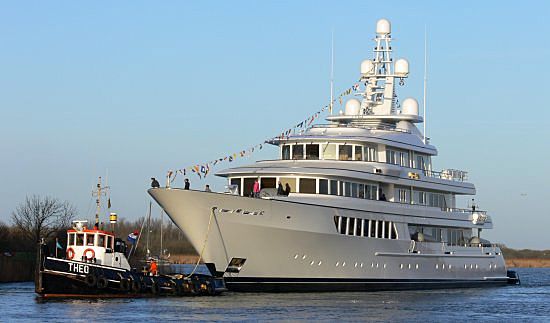 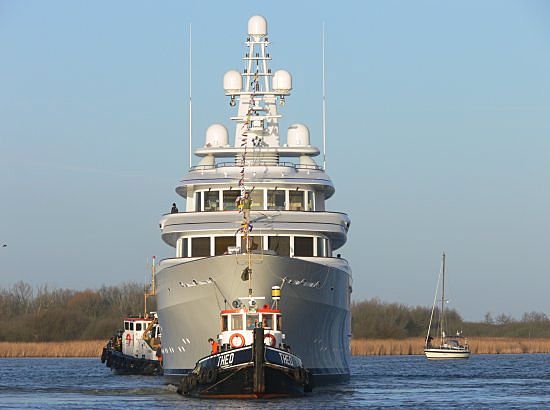 Utopia seen from the bow. During her refit also a new satcom dome (the one on the top in the middle) was added to her mast 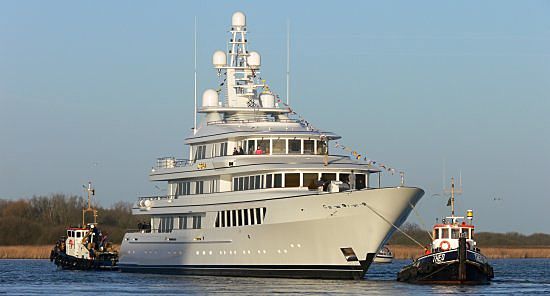 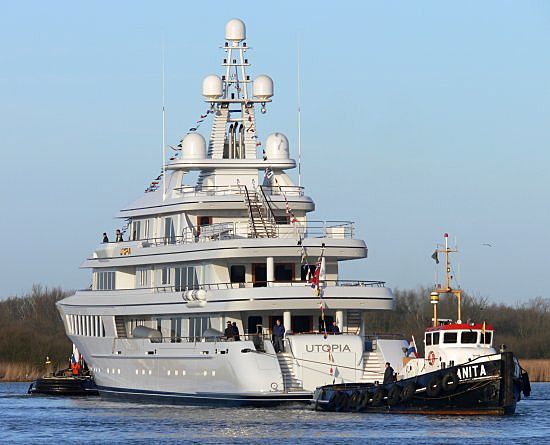 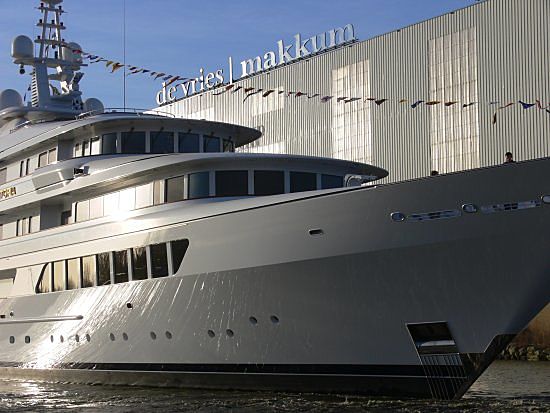 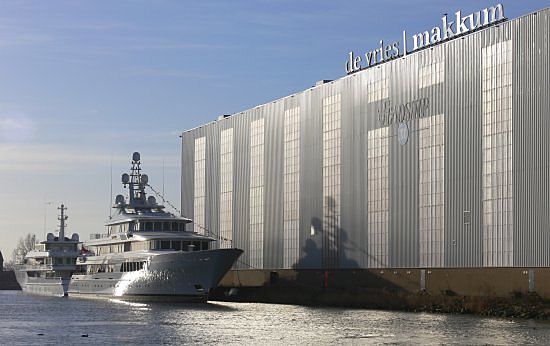 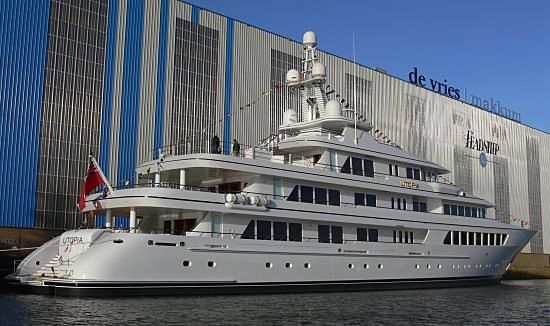 Utopia docked next to the shipyard 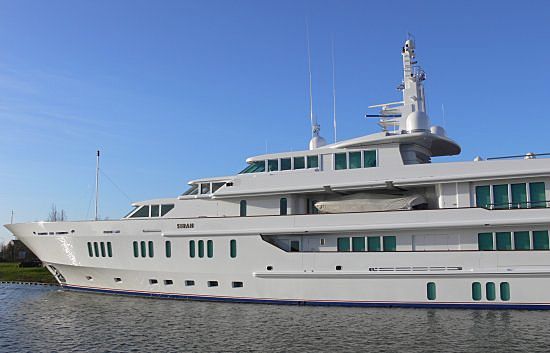 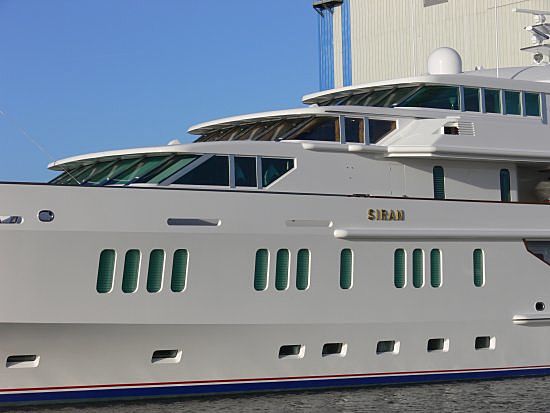